Do you remember the first time you ventured out into the forest to explore the quiet wilds of winter?  For some, such memories conjure up a sense of wonder at the fascinating mysteries locked in snow and ice.  For others this experience is forever linked with a sense of freedom and the inherent joy in a snow-cushioned romp with friends.  Snow connects kids to nature like few things can, and for thousands of students across the country our SnowSchool sites are their first introduction to winter wildlands.

And while it’s not winter yet, we can all feel it getting closer.  So in anticipation of the coming cold weather SnowSchool sites nation-wide are ramping up operations to help introduce thousands of students to winter this year.  Every winter Winter Wildlands Alliance brings our SnowSchool program to new communities of kids across the country by working to establish new SnowSchool sites. By partnering with organizations in diverse areas WWA can provide the educational resources and leaderhsip support necessary to quickly launch a winter program to serve new populations of students. As a result of our ongoing efforts WWA is adding 4 new SnowSchool sites in anticipation of the coming winter – Siskiyou Field Institute in Oregon, Northwest Avalanche Center in northern Washington, Salmon Valley Stewardship in Salmon Idaho and Kenai Wildlife Refuge in Alaska!  Please click the provided links to learn about the amazing work each organization is already doing.  While every site is as unique as the communities they serve, all SnowSchool sites share the common goal of getting kids outside in the winter to experience the wilds of winter.  Look for more updates as the season approaches! 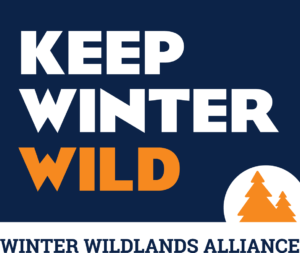 The autumn equinox has come and gone and the nights in the Northern Hemisphere are now officially longer than the days. The aspens are turning to gold and and our excitement is on the rise for deep powder turns, quiet ski tours in the wild, and frozen waterfalls to climb. Meanwhile, policy never sleeps!

LWCF expires this weekend, September 30. Assuming Congress doesn’t get a bill through today, LWCF will expire, meaning that the nation’s most popular and most successful conservation program will die. The fact that this is a historically impactful fund (funding public lands and recreation since 1964) with broad bipartisan support makes it even more ridiculous for it to be teetering on the brink. LWCF dollars pay for trail maintenance, recreation site improvements, and public land access, to list a few benefits.

There are bills that would have gotten the reauthorization job done in both the House and the Senate. The only roadblock was Republican party leadership not bringing the bills up for vote. There was some positive movement this month, with the two leaders in the House Natural Resources Committee (Bishop, R, UT and Grijalva, D, AZ) striking a deal, but the clock is ticking toward midnight and the chances are now slim for action. We brought this up in last month’s policy update and we’re highlighting it again because Congress needs to hear from all of us—today! If you haven’t yet, PLEASE contact your Senators and Representative, and ask your friends to do the same.

The Roadless Rule was put in place in 2001 to protect unroaded National Forest lands. It’s critical for keeping many of our most valued winter backcountry areas across the country undeveloped and wild. Roadless lands are also an important source of clean air and water and provide critical habitat for wildlife. Pretty awesome, right? Unfortunately, the Roadless Rule is under attack by the timber industry and its allies in D.C. who’d like to open up roadless lands to intensive logging.

The most significant threat to the Roadless Rule right now is an effort to remove Roadless Rule protections on the Tongass National Forest in Alaska. Not only does this threaten to fragment the coastal rainforests of Southeast Alaska, it sets a dangerous precedent for roadless lands elsewhere in the country. Basically, Roadless Rule opponents are taking a 2-tiered approach: 1) try and take down the Rule nationally, through Congress; and 2) dismantle it piece by piece, by exempting one state at a time. The Forest Service is accepting comments on the Alaskan rulemaking process through October 15. Comment today and let the Forest Service know that the federal Roadless Rule should remain in place in Alaska, and all current roadless areas in the state should remain protected.

A Winter Wildlands policy update wouldn’t be complete without a nod to winter travel planning. This is the 4thnational forest in California to publish a draft Environmental Impact Statement (EIS) for winter travel management. The EIS analyzes and compares 5 Alternatives (including the status-quo) for over-snow vehicle use designation on the Stanislaus National Forest. We were hopeful about the Stanislaus, after hearing that the “preferred alternative” (Alternative 5) was a blend of our proposals and the snowmobile community’s proposals. Unfortunately, we can’t support Alternative 5 as written, as it would designate portions of two “near natural areas” for over-snow vehicle use despite the fact that the Forest Plan specifically calls out how important here areas are for ecological reasons and stresses that they should remain non-motorized to protect habitat for species such as the extremely rare Sierra Nevada red fox.

Furthermore, in our previous comments to the Forest Service we have highlighted 7 distinct areas on the Stanislaus, totaling just 2% of the forest, that are highly valued for non-motorized winter recreation. Alternative 5 would designate 5 of these 7 areas for snowmobile use. We strongly support Alternative 3, which is based on our proposals. It is the only alternative in the DEIS that would keep important ski and snowshoe zones non-motorized to provide quiet winter recreation opportunities and it’s the only alternative that fully protects sensitive ecological areas from motorized recreation. Want to learn more and get involved? Check out the information page on our website and submit a comment!

That’s all for now. Enjoy the waning days of dirt season and start dusting off your ski gear!

Did you hear?! The 2018-19 Backcountry Film Festival video trailer is live! Thanks to our friends at Backcountry Magazine, we were able to kick off this season of snowy cinema featuring films on backcountry adventure, climate action, environmental preservation, natural resources, snow culture, and of course, POW SHOTS!

Looking for a screening near you? Check out our tour landing page throughout the season to find an event in your area! Lucky enough to live in our hometown of Boise, ID? Join us at the World Premiere on Saturday, Nov 3 – or even better, join us for the entire Wild Weekend and get your tickets to SnowBall and the Festival World Premiere.

Check out the trailer below and read some highlights from Backcountry Magazine’s interview with Backcountry Film Festival Manager, Melinda Quick. You can read the article in its entirety here.

Thank you to our film editor, Kori Price!

Backcountry Magazine: What are you excited for in this year’s festival?

Melinda Quick: What’s unique about the 2018/19 Winter Wildlands Alliance Backcountry Film Festival is that we’re starting to expand more internationally. We’ve got a lot of events already lined up for Australia next summer—their winter—in addition to Canada, Chile and a few European screenings.

The festival tour brings backcountry communities around the world together, so it’s wonderful that it’s expanding outside of North America in our 14th year. We want this to be a networking event that also serves as a mode to connect—and, of course, as a great form of entertainment.

BCM: How can people become involved as hosts and as viewers?

MQ: Each November, we premier in our hometown of Boise, Idaho. From there, the festival goes on its international tour. Anyone can host and we also work specifically with our grassroots organizations, backcountry partners and SnowSchools. Screenings serve as a fundraiser for either a local nonprofit that a host works for, with, or wants to support charitably. Typically the festival is the non-profit’s fundraiser of the year with our national sponsor swag and the host’s local sponsor swag up for a raffle or auction. It’s a really great way to bring everybody together and raise funds for local nonprofits and backcountry adventures.

We hope that hosts use their screening as an opportunity to build relationships with local outdoor gear shops, outfitting guides and other local business that may share the same passion for the outdoors.

Special thanks to our media sponsor, Backcountry Magazine, and writer Louise Lintilhac. You can read the article in its entirety here.

The Alaska Quiet Rights Coalition is one of WWA’s grassroots partners, working in Alaska to protect natural soundscapes and opportunities for quiet recreation.

Winter Wildlands Alliance seeks a person with demonstrable experience and expertise in non-profit membership growth and engagement who can work to:

Position is half-time, either from our office in Boise, ID or remote. Compensation commensurate with experience. Working knowledge of WordPress and EveryAction CRM tools highly preferred.