October has been a busy month here at Winter Wildlands Alliance! Last week, we wrapped up a meeting in Boise with other conservation partners, representatives from snowmobiling organizations, Forest Service staff, state biologists, and Fish and Wildlife Services biologists. We came together to talk about how winter recreation impacts wolverines, and to start working toward science-based recommendations that we can all agree on for managing winter recreation in wolverine habitat. It was just the first meeting of many, but we’re optimistic and excited to engage with such a broad range of partners in a collaborative manner.

Meanwhile, we’re nearing the end of the public comment period for the Chugach Forest Plan. The Chugach, America’s northernmost national forest, is soliciting public feedback on the draft EIS they have developed. The Chugach features spectacular coastal mountains with some of the best and wildest backcountry terrain in the world. In this planning process we’re advocating for Alternative D. Comment now (Public comment period ends November 1)!

We directed a lot of attention to Alaska in October but Utah is on our radar as well. Alaska has been working on getting an exemption to the Roadless Rule in order to open up untouched coastal rainforests on the Tongass to commercial logging (that comment period ended October 15). Now Utah is drafting a petition, asking the Department of Agriculture and U.S. Forest Service for an exemption to the federal Rule and permission to write a state-specific Rule, just like Alaska. We’re working with our Utah-based grassroots groups to stand up for roadless lands in Utah. Stay tuned to our channels in case the opportunity arises for people outside of Utah to weigh in!

We’re also still working to save LWCF. Congress let the Land and Water Conservation Fund expire on September 30. There are two bills that would permanently reauthorize and fully fund LWCF – Senate bill S. 569 and House bill H.R. 6759. Please contact your Senators and Representative and ask them to both support these bills and push for a vote before the end of the year.

And hot off the press: the Plumas National Forest just published a draft EIS for its winter travel plan. Public comments are due December 10. Stay tuned for our outreach on that!

Finally, don’t forget to vote (and vote for public lands!) on November 6!

Through Winter Wildlands Alliance SnowSchool we strive every year to be a national leader in promoting winter outdoor education for youth.  In recognition of our efforts on this front WWA was invited this past month to present on the SnowSchool program at the annual conference of the North American Association for Environmental Education.  In attendance at the “A Force for the Future” themed conference in Spokane WA were leaders and innovators in the field of environmental education from dozens of countries covering all continents.  The focus of the SnowSchool presentation was WWA’s unique snow science curriculum and our recent success working collaboratively with local organizations to serve youth in diverse communities.  Co-presenting with the Northern Idaho Flagship SnowSchool Site (Selkirik Outdoor Leadership and Education) we detailed engaging hands-on snow science activities that can be done almost anywhere and that connect to K-12 science curriculum.  This type of ongoing outreach and exposure helps sustain program growth nationally.  Look for more updates from us on new SnowSchool sites as the season progresses!  Click here for more information on SnowSchool.

The state of Utah is gathering public comments to inform a petition to the U.S. Department of Agriculture to propose scaling back or entirely doing away with Roadless protections on national forests across the state. Please take action today to Keep the Wasatch Wild!

The Roadless Rule helps protect backcountry areas on our national forests — like those on the Wasatch — from unnecessary road building, logging, and development. It’s intended to “provide lasting protection in the context of multiple-use management” for the 60 million acres of roadless areas on our National Forests and Grasslands. Extensive road building in conjunction with commercial timber is prohibited on these roadless areas, but they are still open for lots of different recreational activities, including backcountry skiing (and snowmobiling, hiking, climbing, hunting, mountain biking, etc.). While these areas are protected from new development, the Roadless Rule is less restrictive than Wilderness areas in terms of what it does and does not allow.

The Roadless Rule is widely supported by the public. But as with many environmental protections in these times, it’s under attack. Earlier this year, Alaska lawmakers tried to get an exemption from the Roadless Rule included into the Congressional spending bill. But the public spoke up against this and lawmakers dropped the attack. Then Alaska decided to ask the Department of Agriculture (which oversees the Forest Service) for an exemption to the Rule and permission to write its own, Alaska-specific Rule. Permission was granted to Alaska and now Utah is clamoring to be next in line.

Lawmakers claim to be open to the idea of keeping some areas protected as they are today. But if Utah is allowed to move forward with writing its own version of the Roadless Rule, it could open up a number of prime backcountry ski zones (and other recreation areas) to unnecessary development. This rulemaking process will also swallow up a ton of the Forest Service’s time trying to unnecessarily revise a Rule that works well and is popular with the public.

Unlike the Forest Service’s existing 371,000-mile road network, which has an estimated $3.2 billion maintenance backlog, the Roadless Rule is not in need of repair. We don’t need more roads in Utah’s backcountry when we can’t even maintain the ones we already have. Help get the message across to Governor Herbert – Utah should leave the Roadless Rule alone.

The 5.4-million-acre Chugach National Forest in southcentral Alaska, America’s most northerly national forest, is currently revising its outdated 2002 Land Management Plan. Covering an area the size of New Hampshire, stretching from the snowy peaks of Prince William Sound to the Kenai Peninsula, the Chugach features spectacular coastal mountains with some of the best and wildest backcountry terrain in the world. 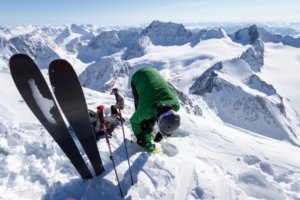 A 90-day comment period began August 4, 2018 and closes on November 1. Comments may be submitted in any of the following ways:

Please be as specific as possible in your comments, identifying locations and activities of specific interest or concern to you.

Comments received regarding this Draft Land Management Plan, including commenter’s names and contact information, will become part of the public record.

Submitting comments will automatically add you to our email list.

To view comments in the reading room click here. 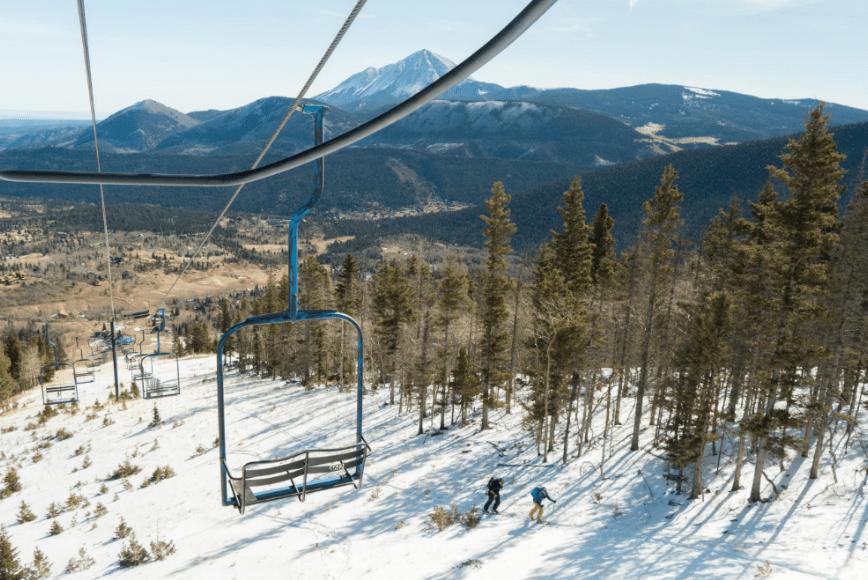 Another exclusive Festival cut focusing on Berthoud Pass, a crew of backcountry skiers set out to explore Colorado’s lost ski areas hopes to find adventure amongst the ruins.