The Arctic National Wildlife Refuge is among our nation’s premier winter wildlands. It is home to an an incredible array of biodiversity including 42 fish species, 37 land mammals, 8 marine mammals, and more than 200 bird species. Birds migrate from the Arctic Refuge to every state and territory in the United States, connecting people from across the country to this incredible landscape. Even if you never have a chance to visit the Refuge, there’s a good chance that one of the birds hanging out in your area in the winter has.

One portion of the Refuge — the Coastal Plain — is of particular importance and controversy. This area is essential to the ecological health and integrity of the entire Refuge. However, this area is also a target for those who want to develop any oil or gas that may lay beneath the surface. Experts agree that oil and gas development on the Coastal Plain would permanently and irreversibly disrupt the ecological integrity of the Arctic Refuge, threatening all 287+ species that inhabit the area. Despite the refuge’s irreplaceable wild character, the Interior Department is moving forward with an oil and gas lease sale for Refuge’s Coastal Plain.

The Coastal Plain is the calving grounds for the Porcupine Caribou Herd – one of the largest remaining caribou herds in the world and the primary source of sustenance of for the native Gwich’in people. The coastal plain also provides critical denning habitat for polar bears. Indeed the coastal plain has a higher concentration of polar bear denning habitat than other coastal area on Alaska’s North Slope. Denning habitat on the coastal plain has become even more important in recent years as climate change has weakened the historically stable sea ice in the Beaufort Sea, forcing more bears to den onshore. If oil and gas development were to occur within the Coastal Plain it would threaten the ecological health of the entire Refuge and the cultural survival of the Gwich’in people.

In late 2017 Congress and the Trump Administration passed a tax bill that, among other things, mandates that the Bureau of Land Management (BLM) hold oil and gas lease sales within the Refuge’s Coastal Plain. To comply with the new law (the Tax Act), the BLM must hold at least two lease sales of at least 400,000 acres each within the Coastal Plain before December 2024. To begin this process, the BLM has published a Notice of Intent, which is open for public comment until June 19.

We feel very strongly that oil and gas development is not appropriate in the Arctic National Wildlife Refuge and we oppose any and all oil and gas activities within the Refuge. Join us in speaking out to protect the Refuge by filling out the comment form below. 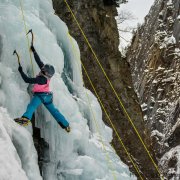 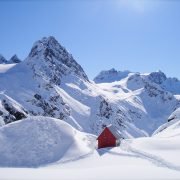 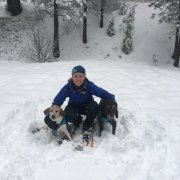 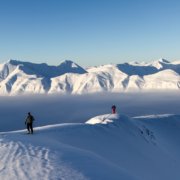