House Bill 496 will allow the Director of Idaho Department of Parks and Recreation to be appointed by a Governor, rather than by a diverse board. The board is selected by the Governor but because it’s a diverse group, they’ve always appointed a Parks and Rec. Director based on merit, not political affiliation. HB 496 would change this, and as an additional causality, forfeit Harriman Ranch State Park.

To understand why here’s a quick review of Idaho history:

In 1965 Idaho Governor Robert E. Smylie created the Idaho Department of Parks and Recreation (IDPR) and its board to professionally manage the state parks. With knowledge of how drastically different natural resources were managed with each political turnover, and motivated by the Harriman brothers’ ranch donation – which was incumbent on the establishment of a professional Parks and Rec agency – Smylie decided the Parks Director should be hired by a board, based on merit alone, free from partisanship.

Currently, the Department of Parks and Recreation is governed by a board of six people, each representing a different region in Idaho. Board members are appointed by the Governor based on professional relevance. The board has the power “to appoint a director to serve at its discretion” (Title 67, Chapter 42, Idaho Code). HB 496 would remove the board’s appointment powers and hand it directly to the Governor, undoing decades of tradition of merit-based, collective hiring.

Not only that, because Harriman Ranch State Park was donated to the State of Idaho only as long as IDPR staff are not politically appointed, this bill could result in the return of the park to the Harriman family. Harriman State Park is a special place for cross-country skiers, snowshoers, and winter photographers and it’s loss would be felt acutely by the Idaho winter recreation community.

Rep. Joe Palmer (R-Meridian) introduced HB 496 to undo Governor Smylie’s legacy. It was killed by a 6-6 split. But then, a couple days later, the bill was revived and passed out of committee to the House Floor.

If you live in Idaho and appreciate and support professional management of our natural areas and want to keep this Idaho gem in public hands, please contact your State Legislators and ask them to vote no on House Bill 496. All you need to do is fill in your information below, add a personal comment and your letter will be delivered to your legislators.

Fill out the letter below to send a letter to your state legislator on the issue. 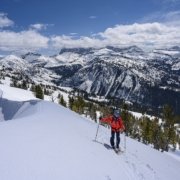 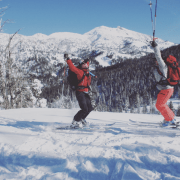 No Heli-Skiing in the Centennial Mountains! 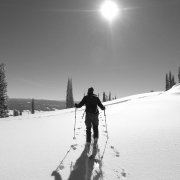 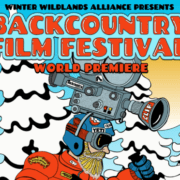 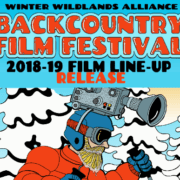