The U.S. Forest Service has proposed to exempt the Tongass from the Roadless Rule, which would open a vital carbon sink to logging and mining. The deadline for public comment is December 17. 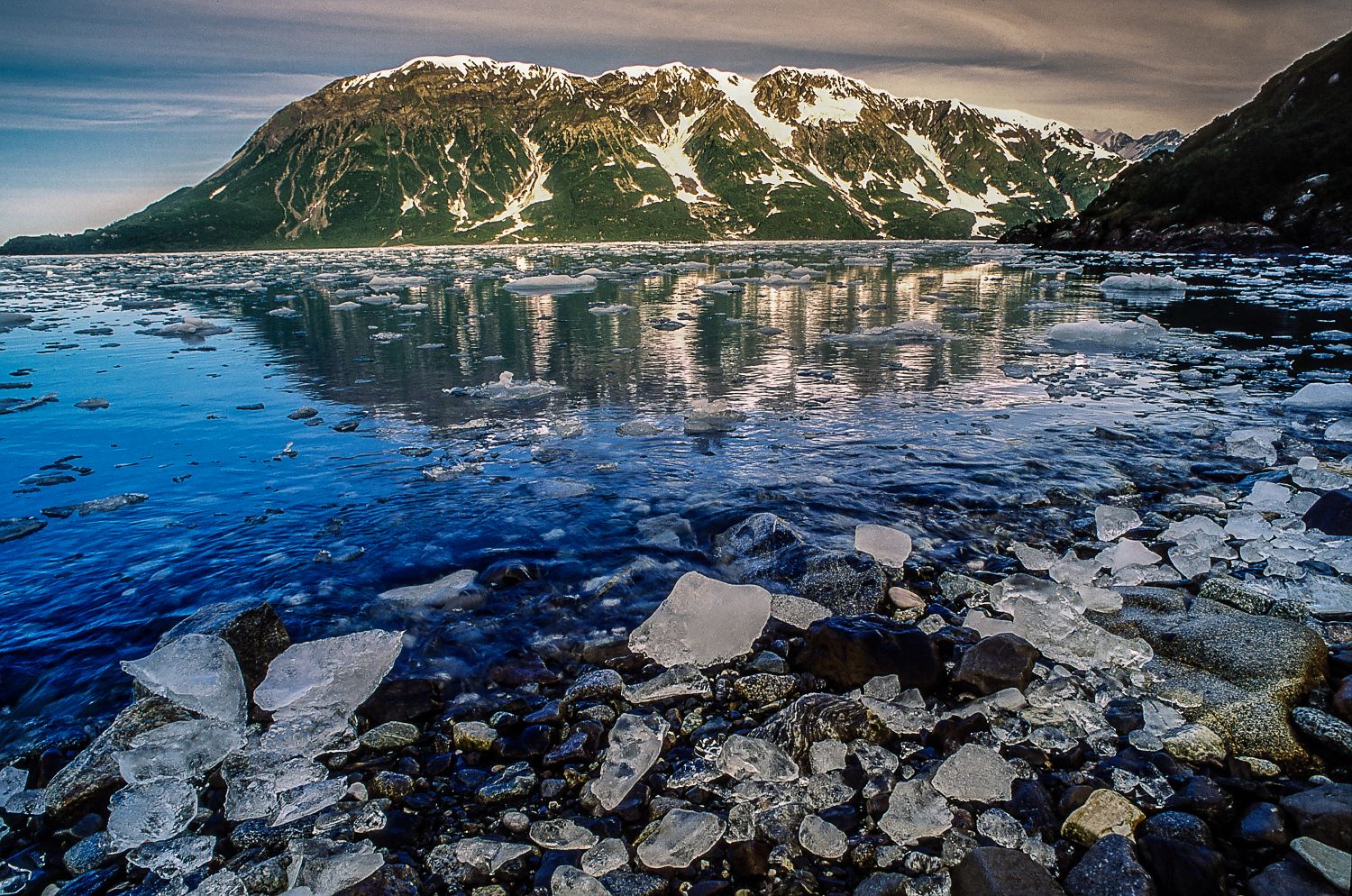 To skiers, Alaska is a land of fluted spines and magic snow that sticks to near-vertical walls. A devoted community of backcountry skiers hike to the top of those beautiful, massive, high alpine peaks. But before you get to the top, before you even get to a ramp to gain some elevation, you often have to hike through dense, moss-covered forests. You also might have to cross a rushing stream of glacial snowmelt—barefoot. Just beneath the frozen peaks, Alaska is brimming with forests and wildlife.

The largest national forest in the United States is in Alaska. The Tongass is 17 million acres of temperate rainforest that stretches down the panhandle in Southeast Alaska. Home to old growth trees and tons of wildlife—whales, salmon, bears, bald eagles, and more—the Tongass also holds tremendous value for carbon sequestration and climate change mitigation. The U.S. Forest Service estimates the Tongass stores 10 to 12 percent of the total carbon captured by America’s national forests.

Right now, the U.S. Forest Service has proposed exempting the entire Tongass National Forest from the Roadless Rule. Why does this matter? The Roadless Rule is an important tool that protects wild landscapes on U.S. Forest Service lands. The proposal would open the world’s largest remaining temperate rainforest—a critical resource in the fight against climate change—to logging. For reasons of conservation, recreation, and climate action, we can’t let this happen.

As skiers and outdoor enthusiasts, we are passionate about climate change action to save snow and keep winter wild. Our community cares deeply about conservation and recreation, and the Roadless Rule is vitally important for both. Not only would this open a one-of-a-kind landscape to build new roads that enable resource extraction, like logging and mining, it will also release thousands of tons of methane, carbon dioxide, and other greenhouse gases into the atmosphere. The Tongass will transform from a significant carbon sink into a carbon source.

Cutting old growth trees on the Tongass will have a dire effect on winter. Climate change is melting glaciers and causing permafrost to disappear. Winters are getting shorter and warmer, with more rain falling instead of snow. Skiers in Alaska are the first to experience these warming trends—the state is warming at a faster rate than the rest of the United States. Not only does this proposed exemption from the Roadless Rule fail to address climate change, it’s actually taking us backwards.

What is a Roadless Area?

The Roadless Rule keeps many of our most valued backcountry ski zones from becoming fragmented by roads and commercial logging. Even more importantly, it protects intact landscapes, providing countless ecosystem services along with habitat for fish and wildlife. Almost 60 million acres of the nation’s most pristine national forest land are protected by the Roadless Rule, including more than 9 million acres on the Tongass National Forest in Alaska.

The Roadless Rule was established in 2001 after enormous public outreach and was intended to “provide lasting protection in the context of multiple-use management” for sections of our National Forests and Grasslands. The Roadless Rule prohibits road construction and commercial timber harvest within designated Roadless Areas, but they are still open for a wide range of recreational activities, including climbing, hiking, mountain biking, paddling, and backcountry skiing. While roadless areas are protected from development, these protections are less restrictive compared to Wilderness areas in terms of what forms of recreation you can undertake within them.

National Forests provide lots of resources to Americans, including timber, fresh water and clean air, wildlife habitat, and space for outdoor recreation. Right now, about 50 percent of National Forest land is open to logging, drilling, and mining, and 18 percent is protected as designated Wilderness. The remaining 30 percent of forest lands are classified Roadless Areas and protected by the Roadless Rule. These remote, landscapes are treasured by many for the backcountry recreation experiences they provide, including backcountry skiing and snowmobiling.

Click here to learn more about roadless areas on the national forests where you recreate.

The U.S. Forest Service’s Proposal for the Tongass

The U.S. Forest Service has proposed exempting the entire Tongass National Forest from the Roadless Rule. With this proposal comes a required comment period (thanks to the National Environmental Protection Act) on the draft Environmental Impact Statement. Click here to visit the official project webpage if you’d like to review the proposal and draft EIS.

Commenting on this proposal is your opportunity to protect the Tongass and stand up for the Roadless Rule. Comments are due December 17, 2019.

Using the form below, ask the Forest Service to keep the Roadless Rule in effect on the Tongass National Forest by choosing the “no action alternative.”