The Weight of Winter

A massive snowstorm consumes Hokkaido, crushing everything under wind and snow with unrelenting force. Three wanderers push forward through the blindness of this elemental world, all the weight of winter pressing down upon them. 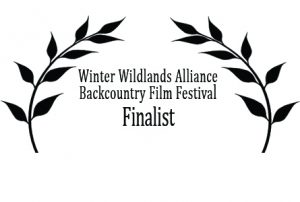 Do you have a film that embodies the joy of being in the Backcountry? Does it take place in Winter?  Are you using human power in your adventure?

What are we looking for in a film?  We like winter faceshots and epic skiing but we also want to be inspired and share a good story.  Tell us who you are and why you are out in the backcountry. We also like stories of conservation and environmental issues that impact winter recreation.

Your film should be no longer than 25 minutes

Submitting is FREE and the deadline is Sept 15th

The festival was created in 2004 to highlight Winter Wildlands Alliance’s efforts to preserve and promote winter landscapes for human-powered users. From a single showing in Boise that first year, the festival has grown to include showings in locations throughout the United States, Canada and overseas to Antarctica, Europe, Australia and Asia. Funds raised stay in local communities to support like-minded, human-powered recreation efforts and to raise awareness of winter management issues, avalanche safety and winter education programs.

We encourage you to buy your ticket and take the ride!  Come embrace the UP with Winter Wildlands Ninth Annual Backcountry Film Festival.