Like opting to blaze a new trail through un-tracked powder, trying new things at SnowSchool can often lead to unexpectedly positive results. So when Boise State University reached out to Winter Wildlands Alliance in 2015 about engaging first generation college students in SnowSchool, we went into the experience with an open mind.

Having never before engaged university students in this manner, WWA worked with Bogus Basin to make arrangements for a special day of SnowSchool complete with snowshoeing, a snow pit analysis, a weather station visit, an igloo tour and, of course, belly-sliding. Ten STEM (science, technology, engineering and mathematics) students through BSU’s Louis Stokes Alliance for Minority Participation program took part in the adventure.

“I enjoyed going out snowshoeing for the first time in my entire life,” said Daniel Bakyono, a computer science and LSAMP Scholar at BSU. “We learned about water in Idaho and how we get it through snow — something I didn’t know.”

Several months later when WWA needed help writing computer code to fine-tune our new SnowSchool Weather Station, the LSAMP program was a logical connection. Working with Catherine Bates, LSAMP coordinator, the project was circulated as a volunteer opportunity. “The LSAMP program at Boise State strives to connect students to high impact learning experiences that help students stretch their skills and provide deeper context for what they’re learning in the classroom,” shared Bates. “The partnership with WWA provided an awesome experience for students to strengthen their code writing skills and helped build a great resource for WWA.”

In addition to Bakyono, LSAMP student Prince Kannah expressed interest in the project, “I enjoy volunteering, I’ve done it since high school and I want to give back. This project in particular is the first project where I’ve volunteered my code writing skills.” 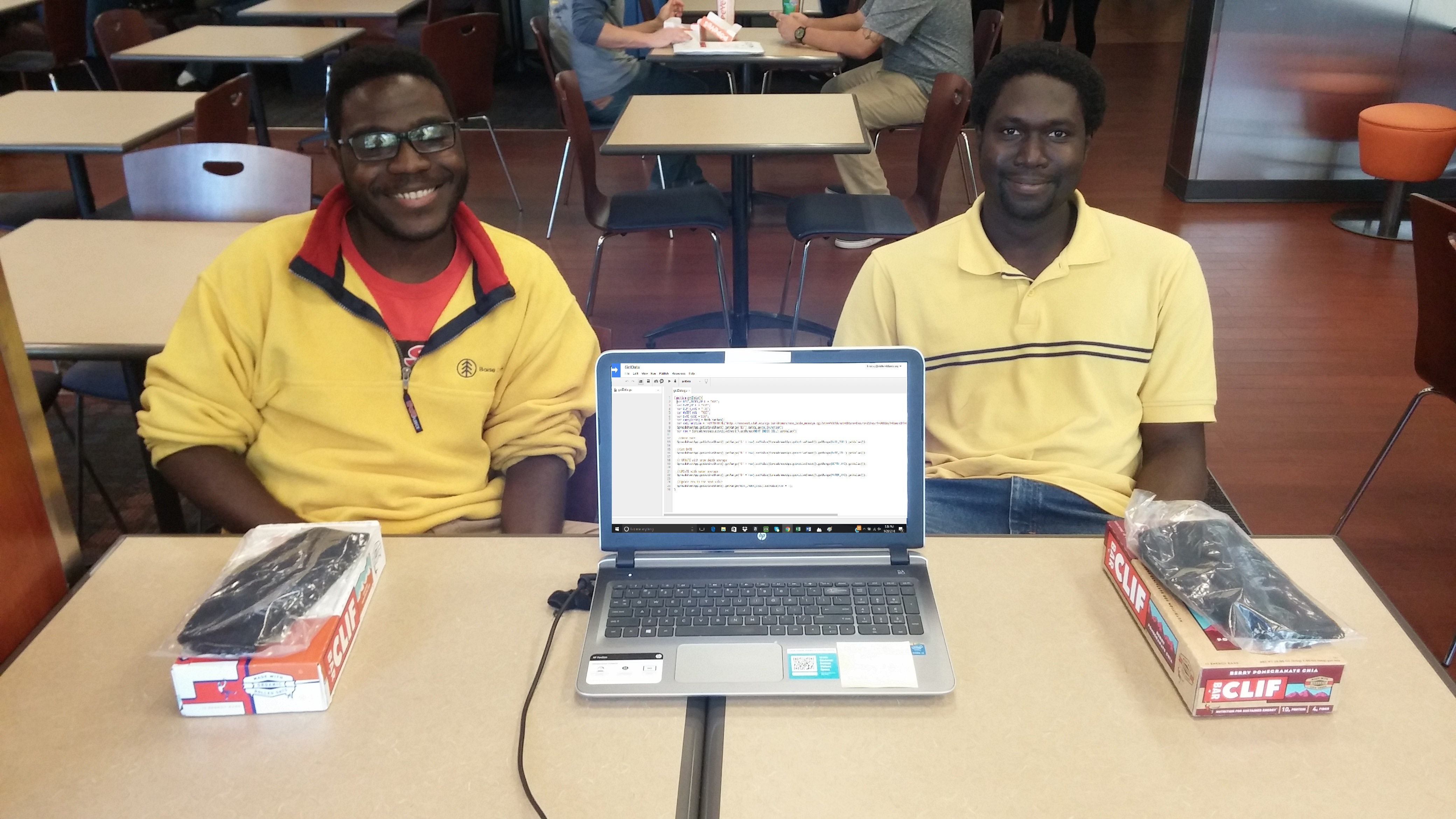 Kannah (left) and Bakyono (right) show off their coding skills

Drawn to the opportunity as a way to build their resumes and help the community, Kannah and Bakyono wrote new code over the summer to collect snowpack depth and snow/water equivalent data from the SnowSchool Weather Station and display it (in graph form) over the 2016-17 water year. This winter WWA plans to invite thousands of K-12 students and their teachers to use this new resource when they participate in SnowSchool’s Snowpack Prediction Contest.

“I feel proud of what I did here. If I write some code and I get paid for that, I’m not necessarily proud, but I’m happy for the money I get out of it.  With this project I’m proud of what I did,” said Bakyono. Displaying an admirable sense of ambition, Kannah commented, “We should work on making this an app!” Whether this project is the tip of a SnowSchool iceberg or not, Bakyono and Kannah joined the ranks of thousands of community volunteers who have helped kids connect with nature and learn about science through SnowSchool since 2001. As SnowSchool approaches it most expansive season to date, the passion and creativity of volunteers like Bakyono and Kannah are more critical than ever.

SnowSchool introduces kids to the joy of exploring our nation’s winter wildlands.  A growing national education program of Winter Wildlands Alliance, SnowSchool annually engages over 30,000 participants across 60 sites.  Each winter, in 16 states along the US snow-belt, K-12 students and teachers venture out on snowshoes as part of a fun and educational science-based field trip. Over 50% of participants are underserved and a majority are first time snowshoers! WWA works year-round with organizational partners nationwide to establish new SnowSchool sites each year and help bring this important experience to the communities and students that need it most.  Please explore the menu above to find out how to get involved.  Questions? Want to get involved?  Click here or contact Kerry McClay- kmcclay@winterwildlands.org

Boise! Gathering the Backcountry Tribe is the core of what we do. Between the SnowBall Concert and the World Premiere of the 2016-2017 Backcountry Film Festival, this is the festival for you to meet and hang with your adventure-loving kin.

Good people and good beer. How much better can it get? Brews from Powderhaus Brewing and food truck.

Be the first to watch the 2017 Backcountry Film Festival. Send off the international gathering of snow adventure folk with that BOISE magic.

Did we mention that costumes are involved? See if your ski, snowboard, snowshoe, alpine and ice climbing partners “clean up nice” at this semi-formal winter kickoff. Think ski bum meets prom date.

Enjoy bluegrass, dancing and craft beer with like-minded people. Share your love of snow for kids across the country by supporting SnowSchool- getting over 30,000 kids outside this winter.

Buy your TICKETS in advance! 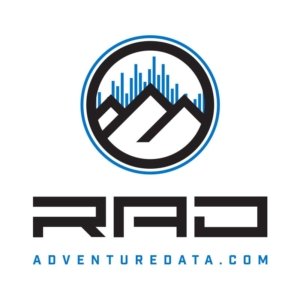 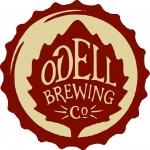 Together, the Inyo, Sierra, and Sequoia National Forests cover nearly 4.6 million acres of public land in the Southern Sierra, including Mount Whitney, the highest peak in the contiguous United States, the Kern River, the Needles climbing area, the Buttermilks, and some of the wildest, most dramatic sections of the world-famous Pacific Crest Trail. These three forests offer some of the best alpine climbing, bouldering, backcountry skiing, whitewater boating, mountain biking, trail running, and backpacking in the world, all within a short drive of the largest and fastest-growing population centers in the West. 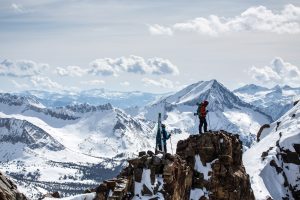 The Forest Service is currently in the final stages of planning for how it will manage these areas and activities for the next 20-30 years. At stake are things like recreation access, infrastructure development and maintenance, trails, scenic viewsheds, permitting for guides, outfitters and educational groups, wilderness designations, and the possibility of new scenarios for stewardship and forest partnerships.

Furthermore, as “early-adopters” in this new planning process, these forests will set the tone and framework for upcoming planning on other forests in California and across the country. Winter Wildlands Alliance is working on these forest plans with local partners Friends of the Inyo, Sierra Nevada Conservancy, Mammoth Lakes Trails and Public Access Foundation (MLTPA), the Eastern Sierra Recreation Collaborative and others, as well as our national coalition partners at Outdoor Alliance.

The Forest Service published draft plans for the Inyo, Sierra, and Sequoia in May 2016.  We worked throughout the summer of 2016 to help skiers and other outdoor recreationists comment on the plans – providing input on how they could be improved to better address quiet recreation, protect forest resources, and ensure that these forests remain spectacular for generations to come. 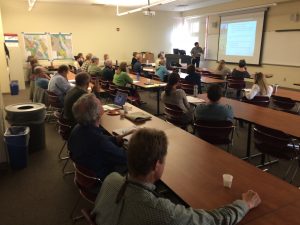 Do you have a film that embodies the joy of being in the Backcountry? Does it take place in Winter?  Are you using human power in your adventure?

What are we looking for in a film?  We like winter faceshots and epic skiing but we also want to be inspired and share a good story.  Tell us who you are and why you are out in the backcountry. We also like stories of conservation and environmental issues that impact winter recreation.

Your film should be no longer than 25 minutes

Submitting is FREE and the deadline is Sept 15th