July has been full of news and policy developments and, as usual, we’ve got lots to updates to share. Winter travel planning is staying hot through the summer, Utah Senator Mike Lee has a bucket o’ bad ideas about what to do with public lands, and we’re gathering data to find out what the local economic impact of human-powered snowsports is for two national forests – the Custer Gallatin in Montana and Grand Mesa, Uncompahgre, and Gunnison in Colorado. 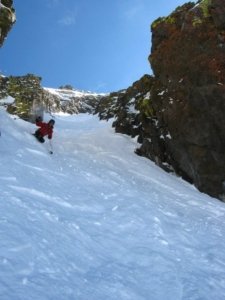 Skiing the steeps on the Eldorado. Photo by Erik Bennett.

It’s summer time and winter travel planning is HOT. The Eldorado National Forest, located to the south and west of Lake Tahoe, issued a Draft EIS for its winter travel plan in early June. Comments are due August 6, so we’ve been busy analyzing the plan and working on our comments this month. The Eldorado’s DEIS is pretty disappointing and we’ve got plenty to comment on. The forest’s Proposed Action (Alternative 2) reverses historic protections and opens many important and longstanding non-motorized areas to snowmobiles. The “motorized emphasis alternative” (Alternative 4) is even worse, proposing to open even more non-motorized areas to OSVs, including amending the Forest Plan to allow OSVs in recommended wilderness, semi-primitive non-motorized, and Biological/Geological Special Interest areas. Additionally, the DEIS has a very narrow range of Alternatives (3 out of 4 are essentially the same), and misses the mark in a number of ways when it comes to complying with the OSV Rule. To learn more about the Eldorado’s plan, and submit a comment, visit our website and comment using the online form we’ve provided.

Winter travel planning is happening outside of California too. In 2016 the Bitterroot National Forest, in Montana, finalized a travel plan they’d been working on for almost a decade. Their plan addresses year-round travel management (all uses) and although it was started long before the OSV Rule was in place, it was finalized under the Rule. We are very supportive of the Bitterroot’s winter travel plan and, when a coalition of groups that oppose the plan sued the Forest Service, we joined our conservation partners in defending the plan. On June 29 the Judge issued a decision on the case and upheld the travel plan. The ruling affirmed that the Bitterroot’s decisions were well reasoned and supported by the administrative record. The ruling also affirmed that the Forest Service has the discretion to limit non-conforming uses such as snowmobiling to protect the social or ecological character of potential wilderness areas, not just their physical attributes. This was an important win for protecting quiet winter wildlands.

Have you heard about Senator Mike Lee’s latest idea for selling off public lands?  Senator Mike Lee (R, UT) is proposing three bills to get the West to be “more like Missouri or Illinois” (that’s a direct quote). He’s introduced one, which would abolish the Antiquities Act (Utah’s favorite target). The two in the works are even worse. One would allow anyone to take over public lands for private profit, and another seeks to transfer all our national public lands to states to control or develop. Our friends over at the Outdoor Alliance are collecting signatures on a petition opposing these bills, which they’ll be hand delivering to Senator Lee’s office in D.C. Add your name here! 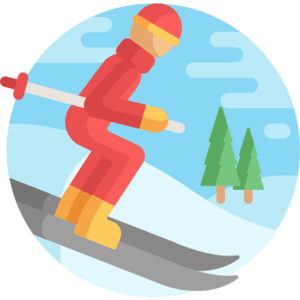 In addition to winter travel planning we’re also working on a variety of forest plans. Two of these are of particular importance for backcountry skiers – the Grand Mesa, Uncompahgre, and Gunnison National Forests in Colorado (think Crested Butte and Telluride), and the Custer Gallatin National Forest in Montana (Bozeman, Big Sky, Red Lodge, West Yellowstone…). We’re working with our Outdoor Alliance partners on both of these forest plan revisions and now through August 16, we’re running a couple of surveys that we need your help with. The data we get from these surveys will help us piece together the economic impact of human-powered snowsports, climbing, mountain biking, paddling, and hiking are on these forests. In turn, that sort of economic data will help us advocate to protect non-motorized outdoor recreation opportunities during forest planning. If you’ve skied (or otherwise recreated) on the GMUG or the Custer Gallatin, you can help by taking the appropriate surveys. The Colorado surveys are online here and the Montana surveys are online here.

Each survey only takes about 15 minutes, and for each survey you take you’ll be entered to win sweet gear for your next outdoor adventure.

IN A DECISION FILED JUNE 29, 2018, the United States District Court for the District of Montana upheld the 2016 Bitterroot National Forest Travel Plan against a federal lawsuit brought by a coalition of motorized and mountain bike organizations. The plaintiffs had sought to overturn the travel plan’s prohibitions on motorized and mechanized uses within Wilderness Study Areas (WSAs) and recommended wilderness areas (RWAs), while local and national conservation partners, including Winter Wildlands Alliance, had intervened on behalf of the Forest Service to help defend the travel plan.

“They kind of threw the kitchen sink at this to find some toehold to get it struck down,” Earthjustice attorney Josh Purtle, who represented the groups supporting the Forest Service, told The Missoulian. “It didn’t work.” 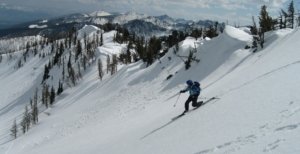 Back in 2016, Winter Wildlands Alliance applauded the Bitterroot National Forest for publishing a winter travel plan that protected winter wildlands on the forest from inappropriate over-snow vehicle (OSV) use in areas that the forest plan recommends for wilderness. These areas must be managed to protect their wilderness character, and the Forest Service determined that over-snow vehicle use is incompatible with such management.

The Bitterroot’s travel plan also prohibited motorized use in the two WSAs on the forest – the Sapphire and Blue Joint. Although OSVs and other forms of motorized use may be allowed within WSAs, under the Montana Wilderness Study Act, motorized uses are only allowed at the “manner and extent” that those uses existed in 1977, when they were designated by Congress.

After extensive research and analysis, the Bitterroot concluded that OSV use was hardly, if at all, present in those WSAs in 1977. Therefore, to comply with the Montana Wilderness Study Act, and to “maintain wilderness character” in the Sapphire and Blue Joint WSAs, the travel plan prohibited OSV use (and for similar reasons mechanized use as well) within these areas.

The Court last week ruled that the Forest Service’s decisions were not arbitrary and capricious as the plaintiffs had argued, but in fact well reasoned and supported by the administrative record. The ruling also affirmed that the Forest Service has the discretion to limit non-conforming uses such as snowmobiling to protect the social or ecological character of potential wilderness areas, not just their physical attributes.

This is important for us, as snowmobiling often leaves no lasting physical imprint but does drastically change the character of an area during the winter. Anybody who has been skiing in the same basin where people are snowmobiling knows that the sounds, smells, and presence of motorized recreation counters the feeling of being in a wilderness environment, even if there are no groomed trails or other infrastructure. 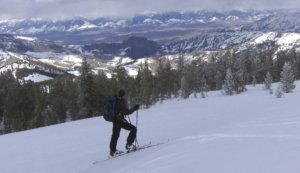 Pausing to take in the Bitterroots.

Recognizing the complexity of the forest’s mandate to “maintain wilderness character,” and its authority to limit uses, the judge cited analysis conducted in the Blue Joint area from 1977-2009 showing that “snowmobile use grew more than four-fold, off-highway-vehicle use grew nine-fold, and bicycle use went from non-existent to common use.”

“The wilderness-quality lands the Travel Plan protects are important to people from all walks of life in the Bitterroot valley, including hunters, fishermen, horsepackers, hikers, and skiers,” said Purtle. “The court’s decision ensures that these special places will continue to support elk and other wildlife and provide Montanans with outstanding opportunities for solitude and quiet recreation for years to come.”

Mountain Bikes in WSAs up for more Public Comment

Many skiers, all of the WWA staff included, ride mountain bikes when the snow melts. We know that defending the Bitterroot travel plan has raised a few eyebrows and cost us a few friends. However, the Wilderness Act prohibits mountain biking as well as snowmobiling, and it would be disingenuous to argue that one non-conforming use is incompatible with wilderness character while turning a blind eye to another just because the other is human-powered. In the hierarchy of Forest Service planning, travel plans tier to forest plans and the forest plan is the document that lays out the areas that will be managed to protect wilderness character and the areas where other uses, like mountain biking and snowmobiling, may be appropriate.

The Bitterroot Forest Plan is 30 years old and conditions have changed over the past 3 decades. It may be time to re-assess which areas of the forest should be recommended for wilderness and managed to protect wilderness character. However, forest plan revision, not travel planning, is the time to make those decisions. We look forward to working with all of our partners during the forest plan revision, which will hopefully start soon.

Likewise, we believe it’s time for a state-wide conversation about the future of Montana’s WSA’s. There’s no doubt that some of the areas within WSAs in Montana should be designated as Wilderness, and there’s no doubt that other areas within these WSAs should be released and open to activities like mountain biking and snowmobiling. However, until those conversations happen and Congress takes action on the WSAs, the Forest Service must follow existing law and their forest plan. That’s what the Bitterroot has done and we applaud them for it.