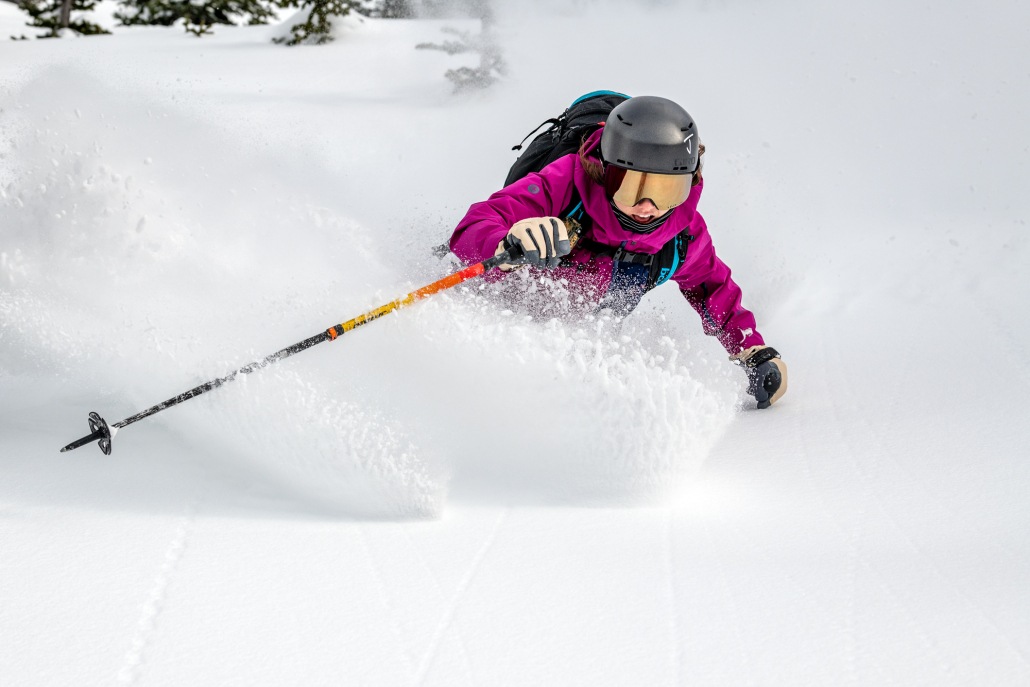 Happy Solstice! In celebration of the official start of winter, it’s a balmy -22 and snowing where I’m at in Red Lodge, Montana today. Some places are even colder, and snowier! Speaking of winter, did you see our National SnowSchool director’s blog post about solar winter last month? I really enjoyed it.

December was a busy month and while it’s not over yet, here’s a brief recap of the policy highlights:

In early December I traveled to Washington DC to meet up with Outdoor Alliance colleagues, Congressional staffers, and Forest Service recreation, Wilderness, snowsports, and planning directors. After many virtual meetings for the past 3 years, it was nice to talk to people face-to-face, and meet some people in 3D for the very first time!

On the Hill, we advocated for the passage of a year-end public lands and recreation package (which, alas, did not come together) and I met with offices who are members of the Congressional Ski and Snowboard Caucus to discuss policy issues relating to skiing and talk with them about the backcountry skiing and snowboarding.

We’ve also been tracking and responding to Senator Manchin’s efforts to push his “permitting reform” bill through Congress, which finally died with a Senate vote on December 15 (actually, it died an even quieter death this week, when it was not included in the omnibus spending bill).

As you might remember, passage of the Inflation Reduction Act (the IRA, aka Congress’s big climate bill) hinged on Senator Manchin’s support, which was secured with a promise to hold a vote on a permitting reform bill he championed. Manchin’s bill, however, was more of a fossil fuel industry giveaway than a path forward for clean energy, and would have undermined many of the climate wins in the IRA. While we support expediting renewable energy development, we believe this can, and must, be done without leaving frontline communities choking on dust.

The Council on Environmental Quality will be publishing a “Phase 2” NEPA Rule in early 2023. Based on what we’ve heard from CEQ, we believe this new NEPA Rule (which is part of the ongoing effort to repair NEPA after the Trump Administration gutted it in 2020) will help speed up renewable energy permitting while staying true to the principles of the National Environmental Policy Act (informed decision-making, public engagement, consideration of environmental impacts).

Moving from Washington DC to Washington state, another big issue this month was winter access to Mount Rainier National Park. At the end of November, the Park Service announced that public access to Paradise, the Park’s most popular winter-use area, would be limited to weekends this season.

This is a big deal for winter recreationists in Washington (or others who plan to visit Mount Rainier this winter), and it highlights many of the challenges facing public land managers these days. Mount Rainier simply does not have enough employees to plow the road or maintain visitor facilities. Rather than try to maintain daily access with a skeleton crew and subject the public to unpredictable closures, the Park Service decided its best option was to focus on keeping Paradise open on weekends. This is disappointing for everybody involved, and the Superintendent seems committed to making sure it’s not the new normal.

Over the coming months we’ll be working with our Washington partners and the Park Service to do everything we can to expand and improve Paradise access over the long term.

2022 has been a productive and exciting year, and we’re looking forward to 2023!