DECEMBER POLICY UPDATE: WHAT THE NEW CONGRESS WILL MEAN FOR BACKCOUNTRY SKIERS

Winter Wildlands Alliance policy staff has been in Washington D.C. this past week for our annual Outdoor Alliance policy summit, as well as to check in with Federal land management agencies and meet with members of Congress. Congress is still limping through its lame-duck session, and it’s our last chance to make a case for legislation we’d like to see included in a possible last-ditch, year-end public lands package, and to get some important bills passed into law before having to start over with the new Congress next year. 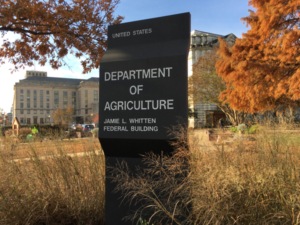 With Democrats in control of the House and its committees, we expect to see House Republicans putting more pressure on the agencies as a way of achieving their policy priorities outside of the legislative process.

As many bad bills as there are in Congress these days (and there are plenty!), there are some good ones too. One of our top priorities has been to bring back the Land and Water Conservation Fund (#SaveLWCF). Congress let this program expire in September despite the fact that it’s America’s most popular conservation program, with broad bi-partisan support, and a critical source of funding for public land acquisition and recreation infrastructure. We’re still getting mixed beta from Senate offices and members of Congress about whether it’ll get re-authorized — either permanently or temporarily — and at what level, but we’re staying optimistic in these final days of the session.

Which brings me to the primary topic of this policy update – what will the midterm election results and a new Congress in 2019 mean for backcountry skiers who love public lands?

As you will have heard by now, Democrats won enough House races to take back control of the House of Representatives next year, while Republicans maintained control of the Senate. For the past two years, all three branches of government have been controlled by one party, but starting in January we’ll return to a divided government. In the House, the Democrats will control the agenda, forcing both the White House and Republican-controlled Senate to negotiate with them. Given our partisan politics, we expect there will be a lot of vilifying going on too, with each party continuing to focus on blaming the other for the nation’s woes. So, what do we think this means for public lands?

We’ll see how these predictions play out in the coming year. For the next week or so, we’ll remain focused on the lame duck session, with fingers crossed that we can get a few things across the finish line in the next couple of weeks!