JUNE 18 2018 — Breathing a sigh of relief after visiting the beautifully strange country of Georgia, a puzzle piece between Azerbaijan, the Black Sea, and Russia. In a little over three weeks, I was able to make the first ascent and descent (on skis) of the SW Couloir (16030 ft) on Shkhara West (C) (16,627 ft), a subpeak of the country’s highest peak, Shkhara (F) (17,037 ft).

It is a giant and striking couloir that I spotted from satellite imagery last year, then learned had been attempted twice before. Jason Thompson (@jason_n_thompson) had put in two very worthy efforts in 2008—when he and a strong team skied from about 2/3 of the way up the couloir—and again in 2015, when it was totally out of condition. He was generous with beta and wished us luck. I scoured any @americanalpine American Alpine Journal articles that might have offered a glimpse into the couloir, landscape, or hint of possibility.

Lost luggage, rockfall, avalanches, warm temperatures, rain, hail, sleet, grauple, and fog kept our attempts at bay until the eleventh hour, when it popped out of the clouds, and I saw it through binoculars for the first time. I was able to climb and ski the line the day before we were scheduled to ski off the glacier and start making our way back to civilization. 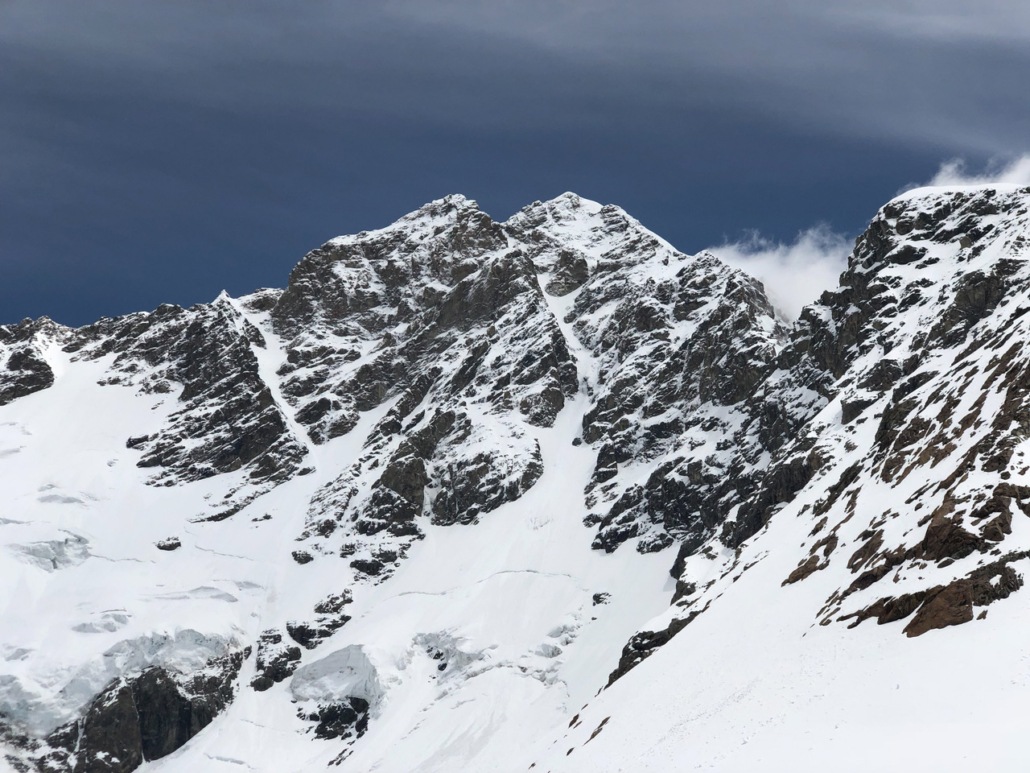 This one attempt proved successful, though I ended up solo after my partner, Mary McIntyre, decided to turn around halfway up the couloir, near the technical crux. I only measured the steepness once, a reasonable 53°. The most surprising and difficult part of the line was when I found the isothermic manky snow of 2AM had somehow transformed to ice in the afternoon sun (a weird version of radiation recrystallization?), making the bottom half of the route extremely icy and dangerous. 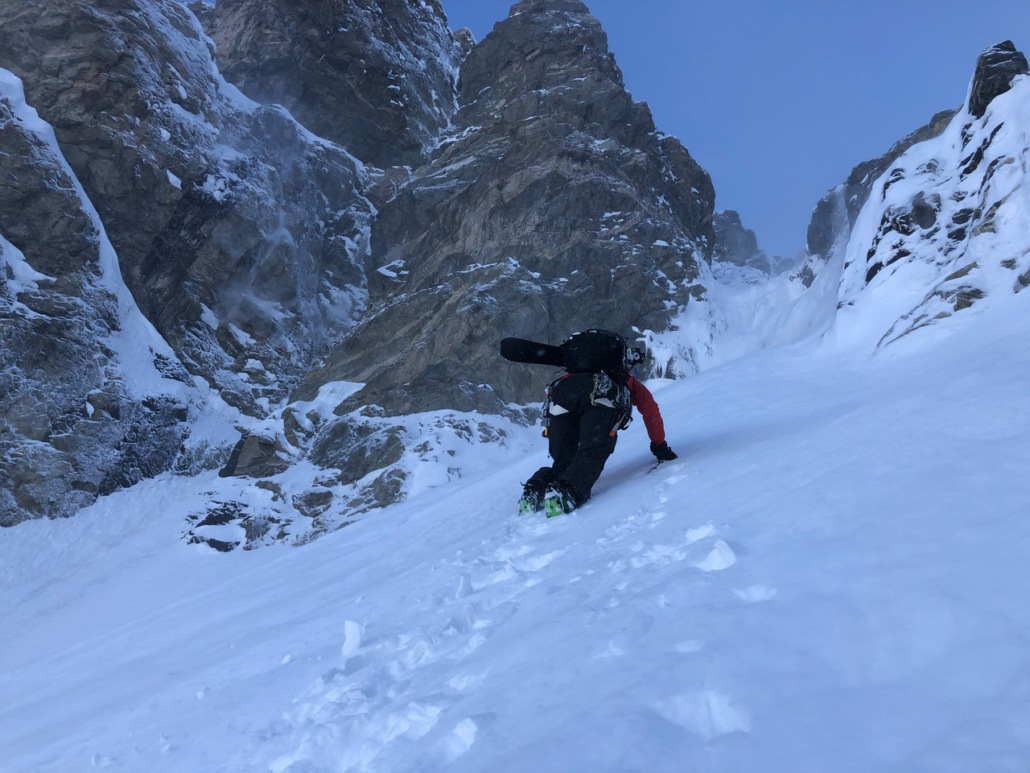