Can your team (3-4 students) accurately predict the amount of snow that we will have in the mountains around Livingston Montana this year?  How about the snow/water equivalent?  Send SnowSchool your prediction,  closest group/team wins the prize!  Winners will be announced in the spring.

Send your snow depth and snow/water equivalent prediction to SnowSchool by clicking this link.

Specifically, SnowSchool wants to know your predictions for the greatest snow depth measurement and the greatest snow/water equivalent measurement during the course of the entire winter at each of three SNOTEL stations around Livingston.  These three stations each measure snow that will eventually melt and flow into the Yellowstone River.


Once you make your predictions your groups name will be added to this page below and you will be able to track and compare your prediction to the live snowpack graph as it grows (or melts) each week of the winter.

The numbers above are updated every hour from the SNOTEL website.  You can also view a graph of each station’s snowpack data as it grows/melts over the winter.  Click to view:

Picture of a typical SNOTEL station:

View the interactive map of SNOTEL stations in the mountains around Livingston: 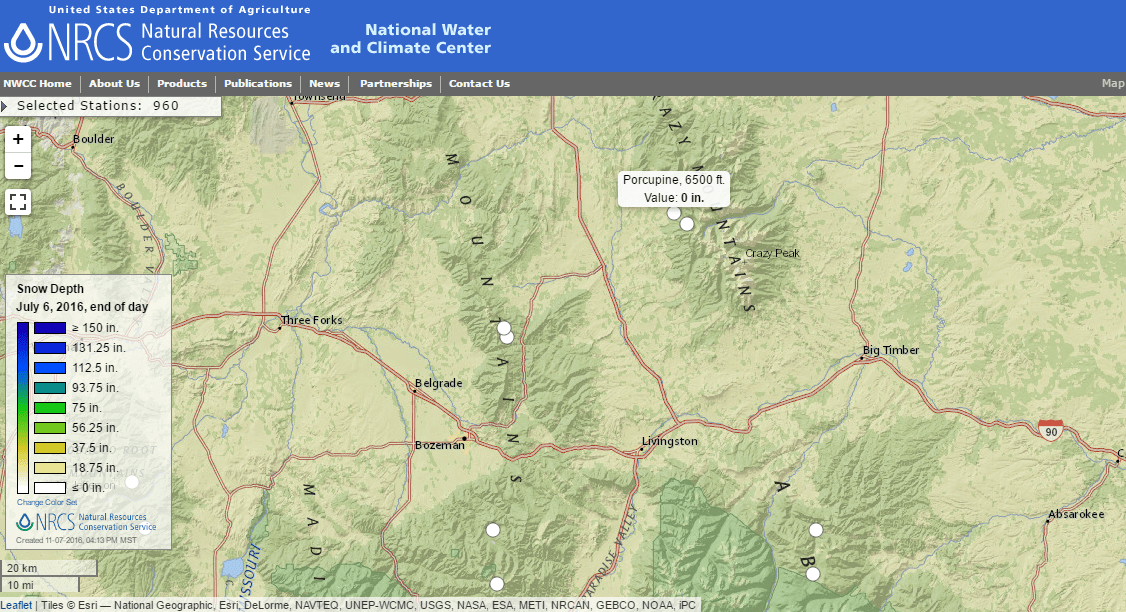 Want to learn more about the connection between mountain snow and water?

HISTORICAL SNOWPACK DATA: Its important to keep track of snow, how much of it there is in the mountains because mountain snow is our source of water in Montana.  If we have less snow than normal, we could have less water available for people to use.  In making your prediction you will want to look at what happened in previous years (see graphs below), how much snow and snow/water equivalent we have on the ground right now (above graph), any data you collected during your SnowSchool field trip, and historical/forecasted weather.  To help with your predictions we’ve compiled snowpack data from each of the three SNOTEL stations-

All available data since 1980

All available data since 1976

All the available snow data from S Fork Shields SNOTEL Station from every winter since 1980: