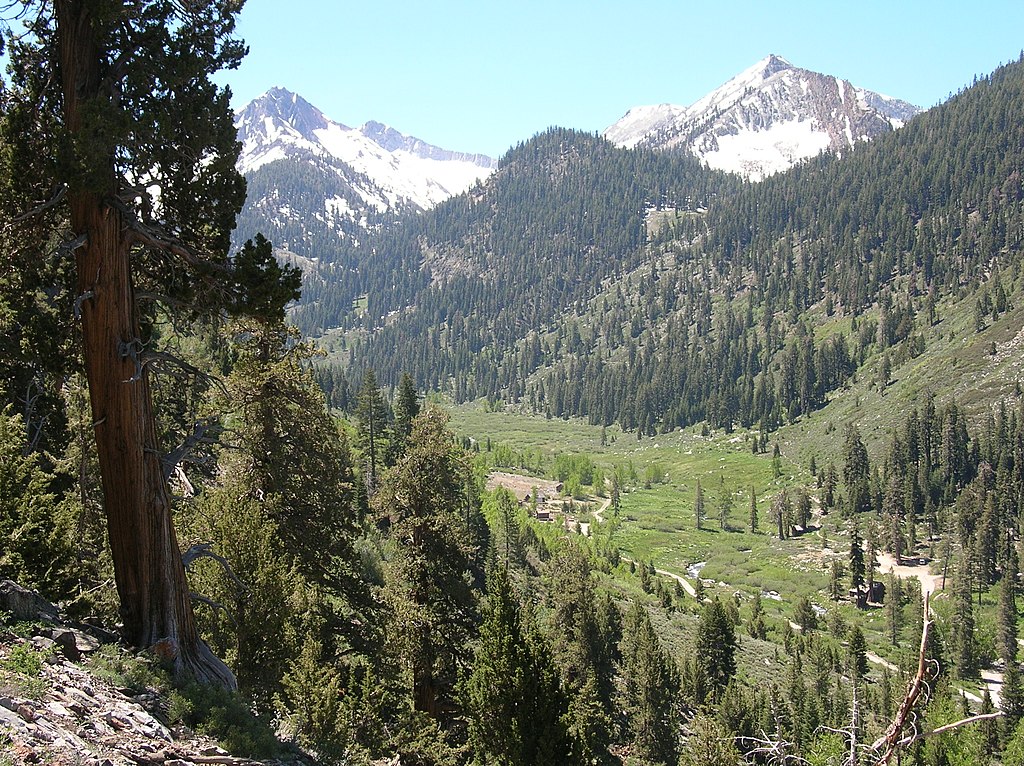 From the beginning, the National Environmental Policy Act has been an important tool for skiers seeking to protect wild backcountry areas.

Right now, the Forest Service is considering some broad, potentially devastating changes to how it implements NEPA that could scale back your ability to have a voice over your public lands. Their proposed changes would roll back the public process from about 93% of all Forest Service projects, and in some cases, eliminate public notice altogether.

Industry groups and extractive companies who know their actions have a big effect on the environment would like to see NEPA rolled back to make it easier and faster for them to develop public lands. The Forest Service also has not been very efficient in how they’ve done environmental analysis in the past, and there are legitimate reasons for them to pursue some modest reforms. It’s essential that they proceed cautiously, though, because changes to NEPA could come at a big cost for the environment and for your ability to participate in decisions around public lands and waters.

The Forest Service is accepting public comments on these proposed revisions until August 26. We’ve made it easy to share your thoughts directly with the Forest Service through the link below. 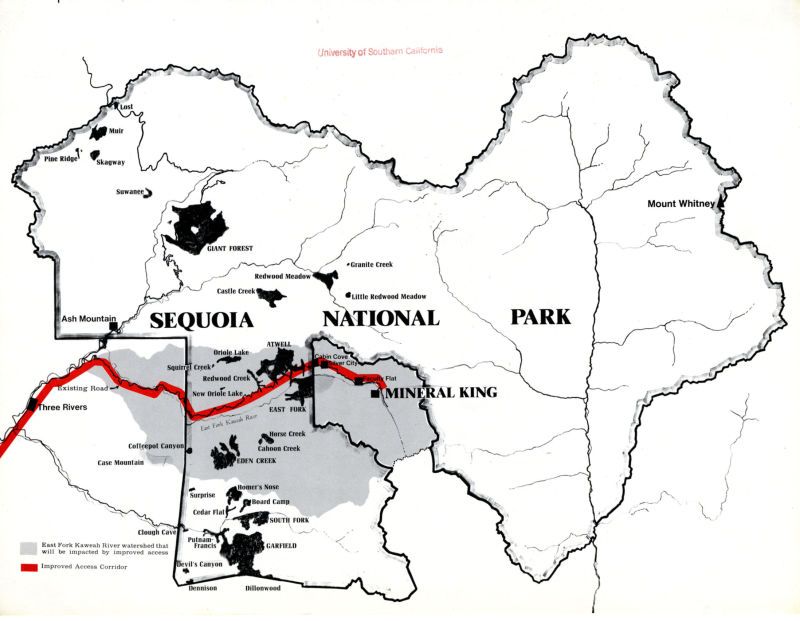 Mineral King is a sub-alpine glacial valley in the southern Sierra Nevada that was annexed into Sequoia National Park in 1978. It once was a place used by Native American tribes, including the Wikchúmni Yokut and the Tübatulabal. Today, it’s a scene that rivals Tuolumne Meadows or other High Sierra valleys, with a few remote campsites and a handful of summer cabins that were built in the 1940s. The area is remote; trails connect it to the rest of the national park. From the west, a narrow, winding road grants access from late spring to early fall. As soon as snow falls, the road shuts down and allows Mineral King to rest in solitude, save for the few backcountry skiers who are up for a long approach.

But it almost wasn’t that way.

Had President Nixon not signed the National Environmental Policy Act (NEPA) on January 1, 1970, Mineral King may very well have become a huge, bustling ski resort with 22 lifts, a gondola, a five-story hotel with more than a thousand rooms, a movie theater, general store, pools, ice rinks, tennis courts, and a golf course.

In February 1965, the Forest Service invited proposals for a ski resort in Mineral King and they accepted the bid from the Walt Disney Company, which envisioned a ski resort sprawling across the valley with 3,700 vertical feet and four-mile-long ski runs. To build the ski resort, they would have had to build a highway through the National Park. Clearly, it would have been a huge construction project on the edge of Sequoia National Park with a massive impact on the forest area and local wildlife, despite Mineral King receiving a designation by Congress in 1926 as a national game refuge. The New York Times summed up the “Battle of Mineral King” in a story published in 1969, pitting nature-lovers fearing a ‘winter Disneyland’ against the federal government and major commercial interests.

In 1969, the Sierra Club filed a lawsuit against Sequoia National Park, Sequoia National Forest, and the Secretaries of the Interior and Agriculture. A trial judge issued a preliminary injunction, which halted the project until the case reached the Supreme Court. The Sierra Club argued that the ski resort development would “adversely change the area’s aesthetics and ecology.” But the lawsuit was struck down in 4-3 vote by the Supreme Court on April 19, 1972.

It’s hard to imagine now, but before NEPA, one of the only tools to fight for the environment was litigation. NEPA passed Congress by a large, bipartisan majority in 1969, including a unanimous vote in the Senate. When Nixon signed it into law, NEPA triggered “a revolutionary change in governmental decision-making that is important to this day,” according to the Environmental Law Institute. In a statement given just before NEPA’s passage to law, Senator Henry M. Jackson said, “The basic principle of this policy is that we must strive in all that we do to achieve a standard of excellence in man’s relationships to his physical surroundings.”

In the case of Mineral King, NEPA required the Forest Service and Walt Disney Company to engage in a public process that would study and analyze the impacts of their proposal on the environment and public health before construction began. As the Sierra Club amended its lawsuit, Disney was required to complete an Environmental Impact Statement, which included a period of review for public comment. The final 600-page statement was released in February 1976. By then, Disney realized the scope of their project’s environmental impact and they walked away. In 1978, President Carter authorized Mineral King’s annexation to Sequoia National Park. 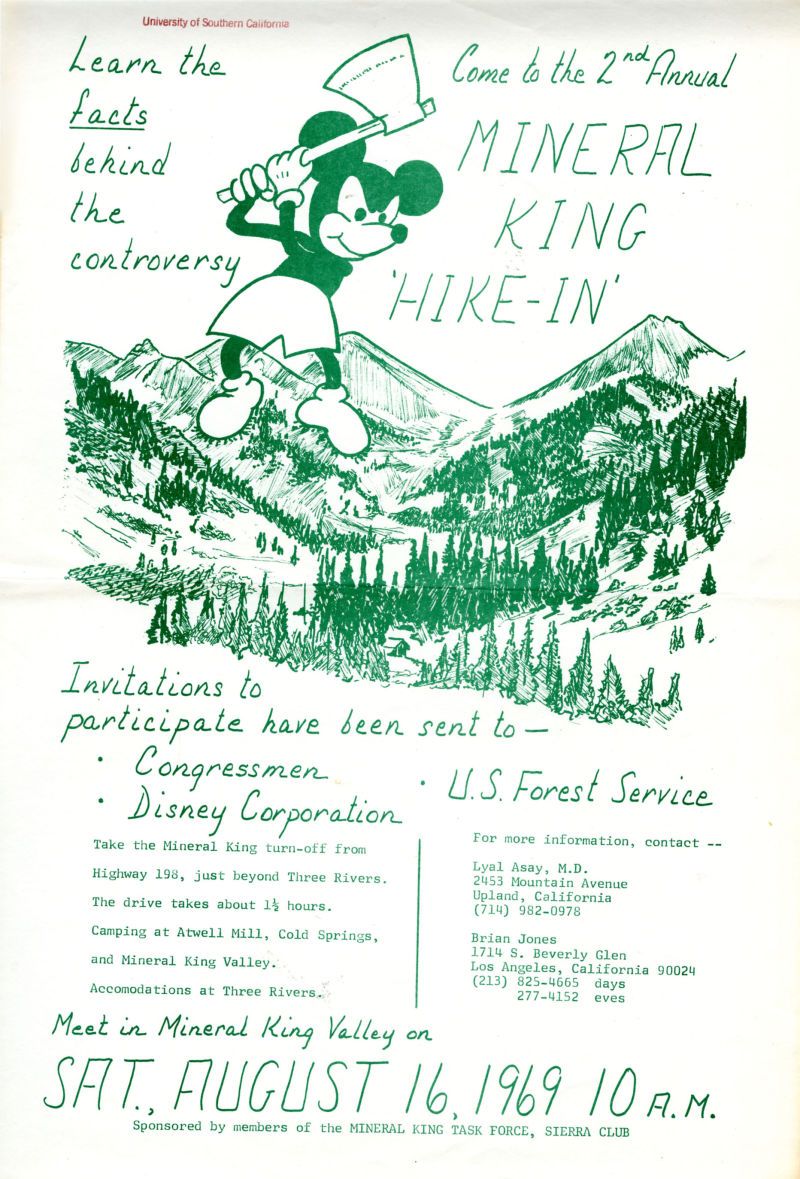 For more stories about how NEPA has saved our environment and the places we love to recreate, head over to ProtectNEPA.org.