Policy Director Hilary Eisen explains step-by-step how the Council on Environmental Quality is re-writing its regulations for the National Environmental Policy Act and reveals some of the tactics they’re using to limit public engagement on government decision-making. 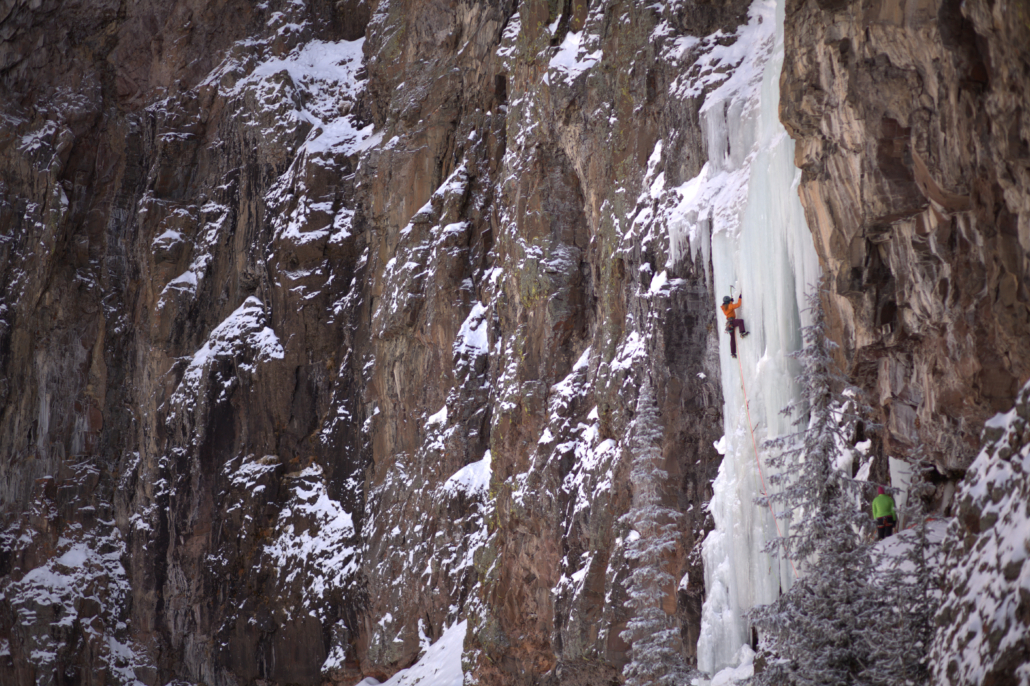 Update: Read the comment letter Winter Wildlands sent with Outdoor Alliance to the Council on Environmental Quality in response to their proposed revisions to the regulations for the National Environmental Policy Act.

At Winter Wildlands Alliance, we work with the National Environmental Policy Act on a near-daily basis. It is the law that ensures we stay informed about what the government is doing on public lands and gives us a tool to weigh in on those decisions.

Last month, the Council on Environmental Quality published proposed changes to its regulations to interpret and guide federal agencies as they implement the National Environmental Policy Act. The proposal from CEQ would bring us back to a place we haven’t been in 50 years, creating a new status quo that favors industry and polluters ahead of the environment and cuts the public out of decision-making to “streamline” the environmental review process.

“The president came into office promising to reduce regulatory burdens and streamline regulations, and that’s exactly what they’re doing,” says Policy Director Hilary Eisen. “This administration has an energy-first approach to public lands and an energy-dominance agenda. They want to eliminate regulations that they see as a burden that gets in the way of energy production.”

The National Environmental Policy Act is relatively simple. It says the government must consider the environment in its decision-making. To re-write the law, the Administration would have to go through Congress—and that’s not what they’re doing.

Instead, they’re using the Council on Environmental Quality to rewrite the rules that tell federal agencies how to comply with the National Environmental Policy Act.

There are three categories the changes fall under:

“The proposed new rules are really complex—just the threats to public engagement piece are a lot to digest,” Eisen says.

To understand the ramifications of the proposed changes to the National Environmental Policy Act’s regulations, we asked Eisen to walk us through the cuts to public engagement, step by step.

The point of the National Environmental Policy Act was in large part to open government decision-making to public involvement, making those decisions more transparent. But what we’re seeing here is a “streamlining” of NEPA that does a lot to cut the public out of the process—it really goes against the very purpose of the law.

Let’s dive into the changes. They are going to make it harder for us to comment on an Environmental Impact Study. But it’s even more complicated than that. Tell us.

One thing is that they’re redefining what constitutes a major federal action, and what sorts of actions are considered significant.

This is where you get a little bit wonky. The National Environmental Policy Act requires a “detailed statement” when the federal government is considering a “major federal action” that will significantly affect the human environment. This is the environmental analysis, or NEPA process, we’re so familiar with.

Under current CEQ regulations there’s no daylight between “major” and “significantly.” If something is major it’s also significant, and vice-versa. The CEQ proposal, however, redefines “major federal action” as separate from the significance of its impacts. A proposed project would have to hit both of these marks to trigger an EIS.

So, not only can you not comment on the proposal, you may not even know what the government is considering, or if they’ve approved a project.

“If the government decides your comments aren’t specific or they’re not technical enough, they’re going to say your comments don’t count. They’re going to forfeit them. This could go for Indigenous people sharing traditional knowledge about a specific area or topic, or people writing in with values-based comments.”

So, CEQ wants to limit the types of federal actions that would trigger an environmental analysis of any sort. But, if an analysis does come into play, they’re also trying to streamline the process. How does that impact public engagement?

They’re really putting a focus on categorical exclusions and environmental assessments. These are less detailed analyses with fewer opportunities for public engagement. Compared to the full Environmental Impact Statement, they force agencies to put blinders on and consider a much narrower range of possibilities.

I don’t see how an agency could comply with those arbitrary limits and really consider public input, or fully analyze the suite of complex issues connected to big decisions.

For instance, look at the Custer Gallatin Forest Plan. The Forest Service received around 30,000 comments from people on the draft EIS last summer, which was one of three public comment periods. Even with not taking any days off, it took the planning team almost eight months to review and respond to all those comments. If they only had two years for the full process, that would be almost half of their allotted time, but it’s only one part of the planning process.

Right now we’re in year four of Custer Gallatin forest plan revision and it’s not done yet. If the Forest Service has only two years for these types of complex decisions, they won’t be able to read all the comments, much less actually consider them, respond to them, and explore the issues that people are raising.

Another concern we have is that the Council for Environmental Quality wants the developer or whoever is proposing the project to set the parameters of the analysis. What does that mean?

It puts industry in control of the process and our public lands.

Say a company is proposing a new ski resort on Forest Service lands. Under CEQ’s new regulations, any alternatives considered in the analysis would have to fit within what the company determines to be economically and technologically feasible, and they’d need to align with the purpose and need defined by the company. Furthermore, the company would be able to do the environmental analysis themselves rather than either the Forest Service doing the analysis or them hiring a neutral third party.

It doesn’t take a crystal ball to see that that process is going to be biased in favor of deciding on exactly what the company proposed.

So, not only will the agency not have as much time to consider your comments or respond to them or dig into the issues that you’re bringing up, but if they don’t fit into what the industry is defining as the parameters of the project, your comments won’t be considered applicable and they won’t even consider them.

The administration also wants to exclude comments that aren’t “technical” or “scientific.” How will that impact our ability to weigh in on our public lands?

If your comments are forfeited, then you don’t have the ability to sue. So you lose that recourse. Litigation is a tool that is part of the public process. When you believe the government made an illegal decision, you have a right to sue them. That brings in the judicial branch and is an important part of our system of checks and balances. But if the agency says your comments don’t count, then you lose standing on that project and you lose legal recourse.

Also, a lot of people comment on projects through a form letter. They’re sending the letter because they care and maybe they don’t have time to write a detailed technical comment letter. Under these proposed regulations, those comments would likely no longer count. That’s thousands and thousands of comments that the federal government currently receives on any number of projects.

This is a lot to digest. When you take a step back, just looking at the cuts to public engagement, what do you see?

And what CEQ is proposing here is, basically, you have to be an expert to have a say in environmental matters, or how your public lands are managed. And that’s not right.