Ice Skating more than 100 Miles through the Arctic Circle

Ambassador Luc Mehl’s epic traverses of Alaskan wilderness give us a glimpse of the vast, remote landscapes we’re fighting to protect. 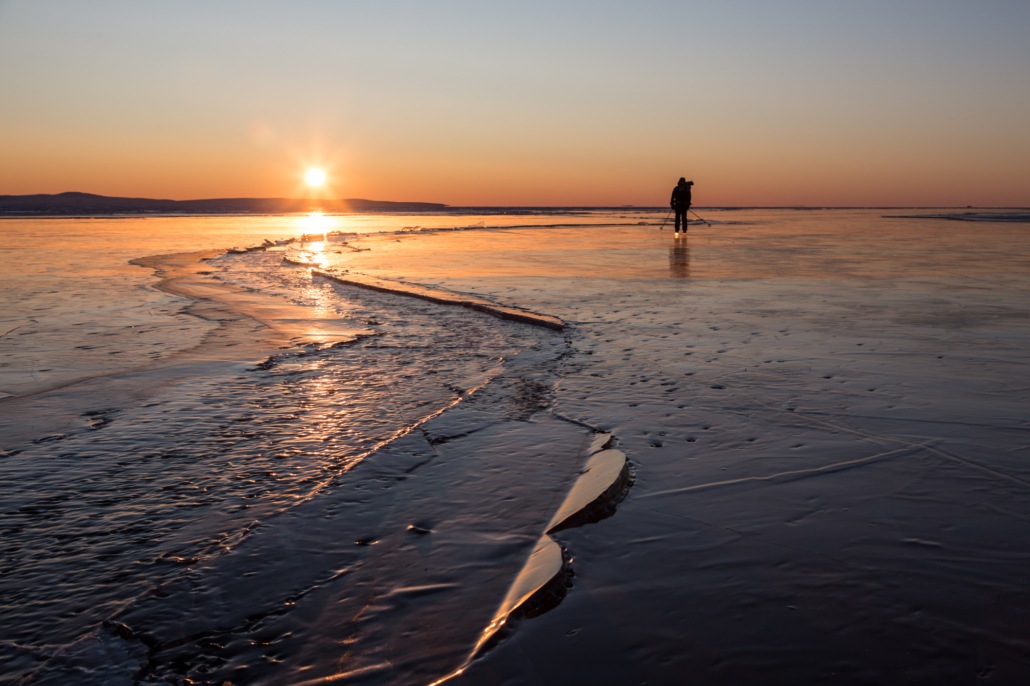 Back in the middle of November, Luc Mehl was sitting at his desk in an environmental data science lab in Anchorage, Alaska, searching for an elusive sheet of ice.

Mehl is an ambassador for Winter Wildlands Alliance. A modern day explorer, he has a penchant for long, immersive, human-powered traverses that allow him to experience Alaskan wilderness. He estimates that he has traveled overland, by his own might, for some 10,000 miles through the Brooks Range, up and over Denali, and across all corners of the vast state. He’s completed a dozen or so Alaskan Mountain Wilderness Classics, an underground, minimalist, leave-no-trace event that ends hundreds of miles from its start. Mehl’s newest passion is Nordic ice skating, and it’s not the average lap around the ice rink. He skates for hundreds of miles on frozen sheets of ice.

There’s a catch: ice is hard to find, and climate change is making it harder.

Ice in the Arctic is disappearing, rapidly and faster than scientists ever expected. Air temperatures are soaring. Snow cover and Arctic sea ice are exceptionally low. The Greenland Ice Sheet is shrinking. These findings are documented by more than 80 scientists from across the world in the Arctic Report Card, published in December 2019 by the National Oceanic Atmospheric Administration. The loss of ice is pushing marine species farther north in search of colder waters, impacting native people who have fished these waters for all of time and are now reliant on alternative food sources. The melting permafrost is releasing so much carbon, scientists say the feedback loop to runaway climate change that we’ve feared has arrived.

For skiers like Mehl, climate change is delaying the arrival of snow and lengthening the shoulder seasons. To fill the gap, Mehl has taken up this new hobby of long-distance ice skating. On this day in November, scouring information from all sorts of resources—social media, satellite and radar imagery, bush pilot reports—Mehl found what he was looking for. Word came from a pilot friend of a friend who had just returned from a flight up north along the Arctic Circle: Selawik Lake was frozen. 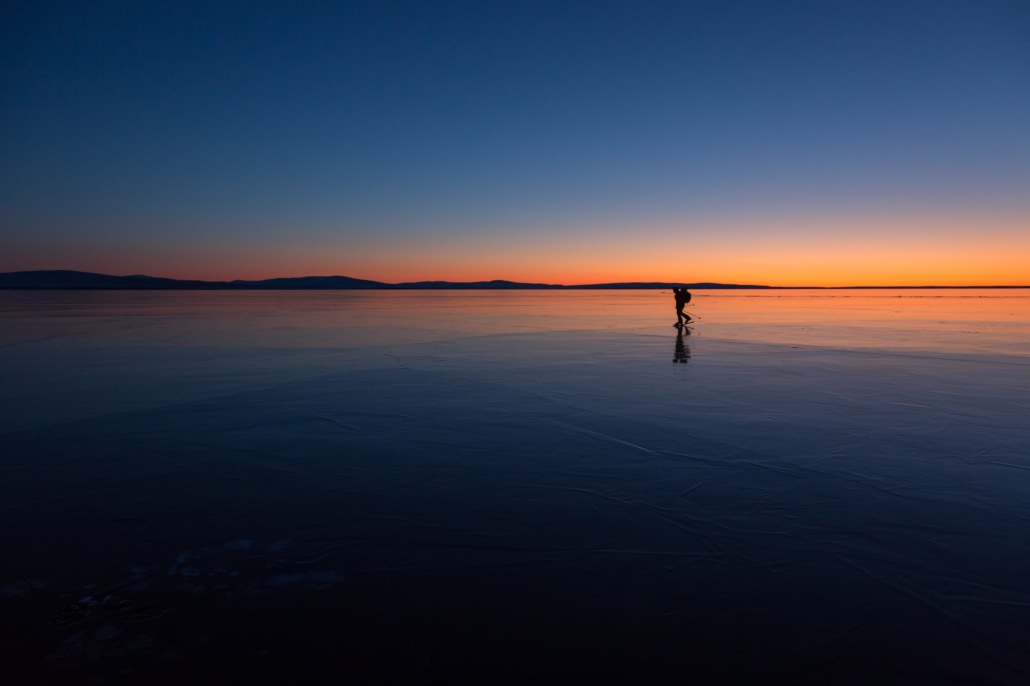 A few days later, Mehl and his partner in adventure, Greg Mills, were lacing up skates and shouldering packs to embark on an ice skating traverse across a lake system between Selawik and Kotzebue, two rural Alaskan Villages on the far northern slope of the state. Of the 125 miles from start to finish, they ended up skating 110—95 miles in the first two days, entirely on ice. More distance if you count the squiggles in their tracks, Mehl says. With a tailwind pushing them forward, they followed lake shores and coastline, north and south, crossing into the Arctic Circle three times.

“I’m watching Greg, and he’s getting 20, 25 feet out of each stride,” Mehl says. “We’re traveling through awesome country. It’s not big mountainous country, but it’s two feet of ice with all these cool textures, bubbles, and cracks.” 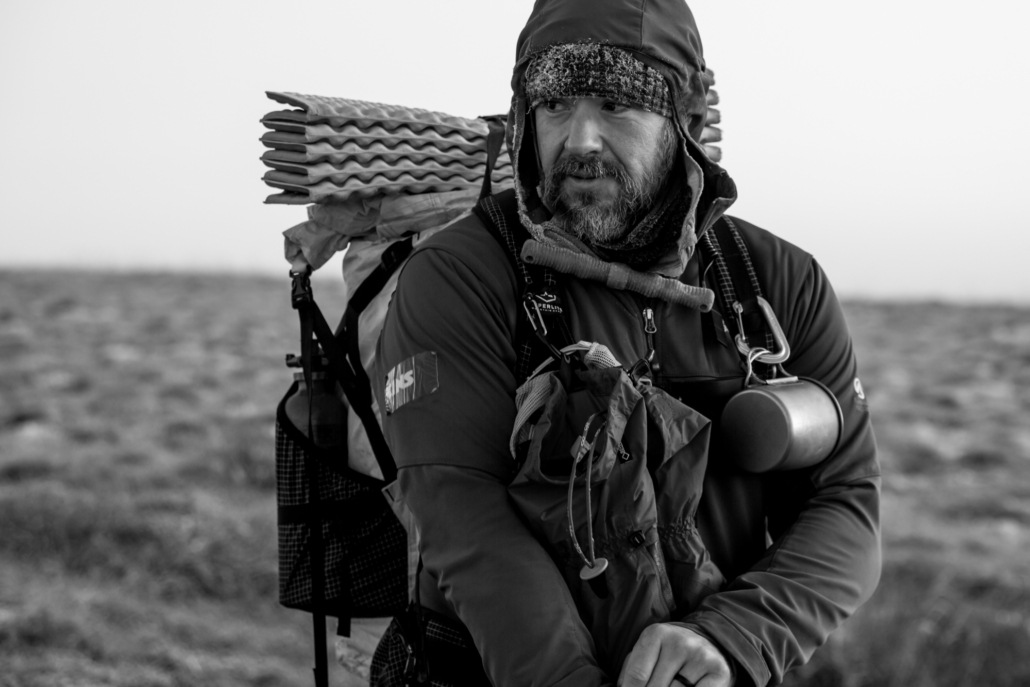 They saw caribou. The only humans they encountered were standing around fishing holes at the edge of Selawik, just around the first bend in the ice. One pair was an Iñupiat father and son, pulling fish out of a net. Curious, Mehl and Mills skated over to the fisherman and listened as the Iñupiat father described native fishing techniques. They were looking for mud shark, a type of fish Mehl had never heard of, even though Mehl also grew up in a rural Alaskan village on a river, hundreds of miles to the south.

As a Westerner who passes through these places purely for recreation’s sake, Mehl says he has intentionally been working on skills and seeking education so he can have healthy interactions with Native Alaskans. A month earlier, he attended Winter Wildlands Alliance’s Grassroots Advocacy Conference to learn tools for supporting diversity, equity, and inclusion in the outdoors. Now, he was in the Arctic, listening to an Iñupiat fisherman describe a skill that his people have relied on for generations. 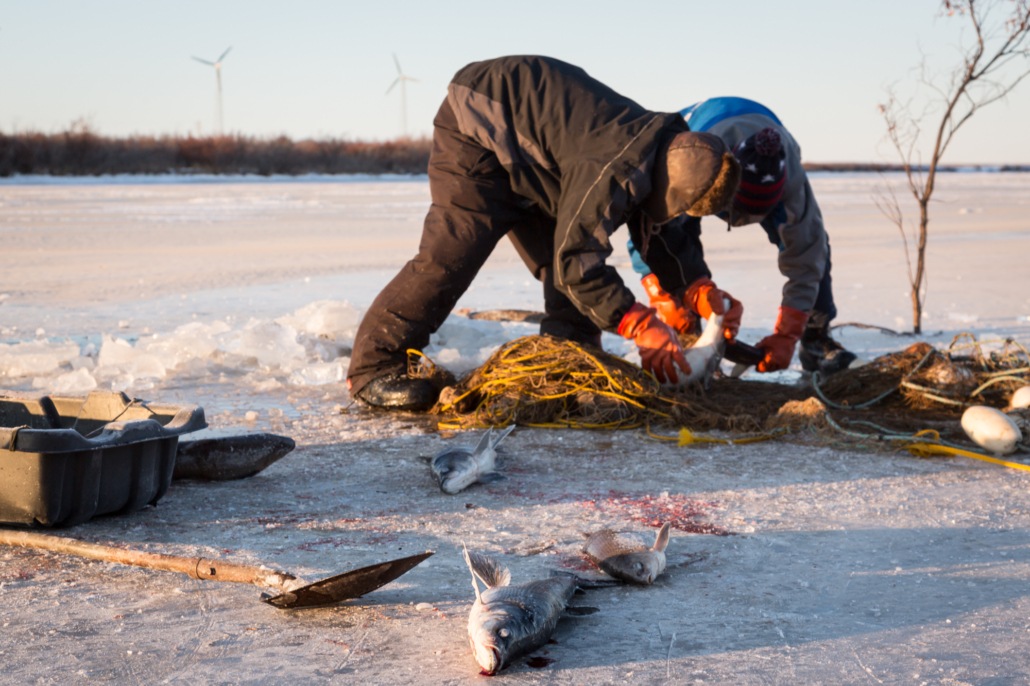 Sadly, those traditional fishing skills may not serve the Iñupiat’s youth as much as they served their elders. In the Arctic Report Card, the Bering Sea Elders Group describes the changes they’ve seen in the ice and how climate change has affected their primary food source: marine animals. They fear for their young people: “We worry that they will grow without the same foods and places that we have known throughout our lives,” the report states.

The Iñupiat fishers were the only people Mehl and Greg would see on their journey. They said goodbye to the man and his son and skated into the distance, heading the opposite direction of town.

“What Alaska has that’s unique is the extensive wilderness,” Mehl says. “The fact that you can go not just 120 miles without seeing anybody, but 1,000 miles.” 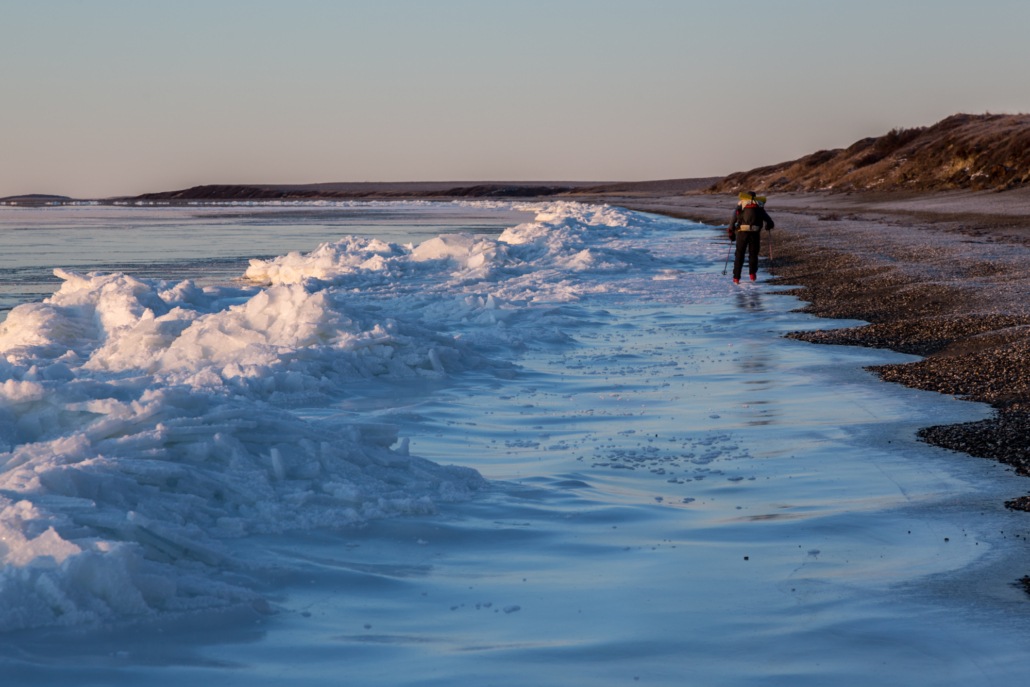 The temperatures hovered between zero and negative 10 degrees the entire time. The sun was never very high in the sky. It arced low just along the horizon, stretching out the hours and colors of dusk and dawn. Mehl described streaks of purples and reds, and then darkness. They’d skate just a few hours into the dark, with headlamps beaming a path forward, to gain a bit more distance before calling it for the long night. They slept two nights at emergency shelter cabins maintained by the Northwest Arctic Bureau, and one night in a tent.

Four days after they set off, they skated into the village of Kotzebue, took off their skates, and got a hamburger. 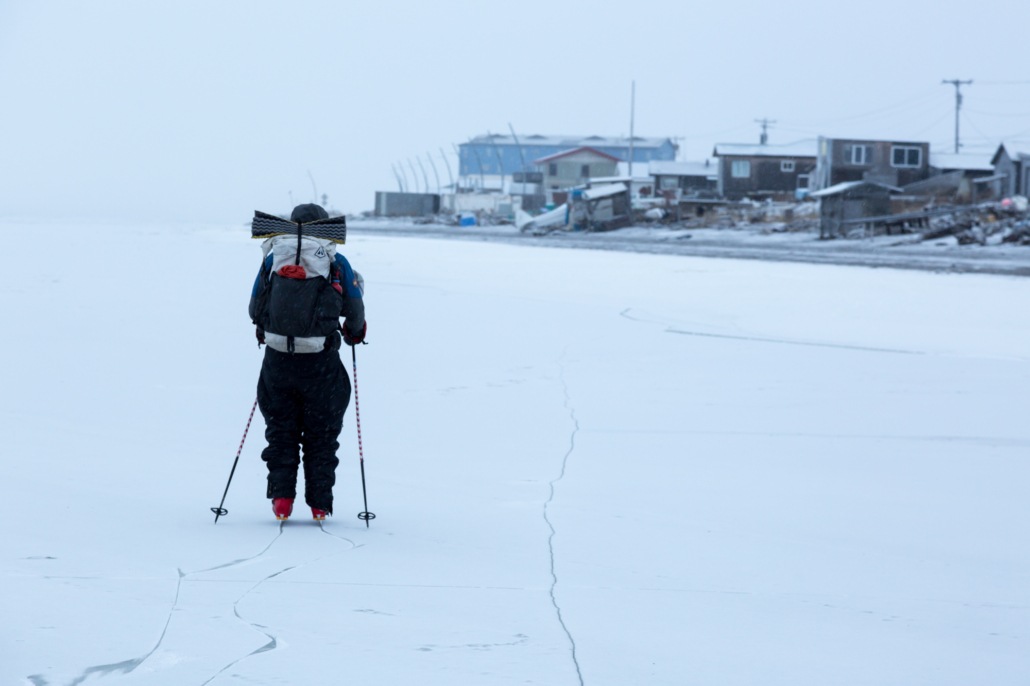 “I came home with the sense that I got away with something, like I caught this prize and it feels even more valuable because of how uncommon it is to have those conditions align, not just the environmental ones, but to have the vacation time from work and to have that amazing interaction with the Iñupiat fisherman,” Mehl says. “I’m still totally high on life from that trip.”

The day after their ice skating adventure, a storm rolled in, closing the window of opportunity and covering the ice with snow.