How public lands will help us address the climate crisis. 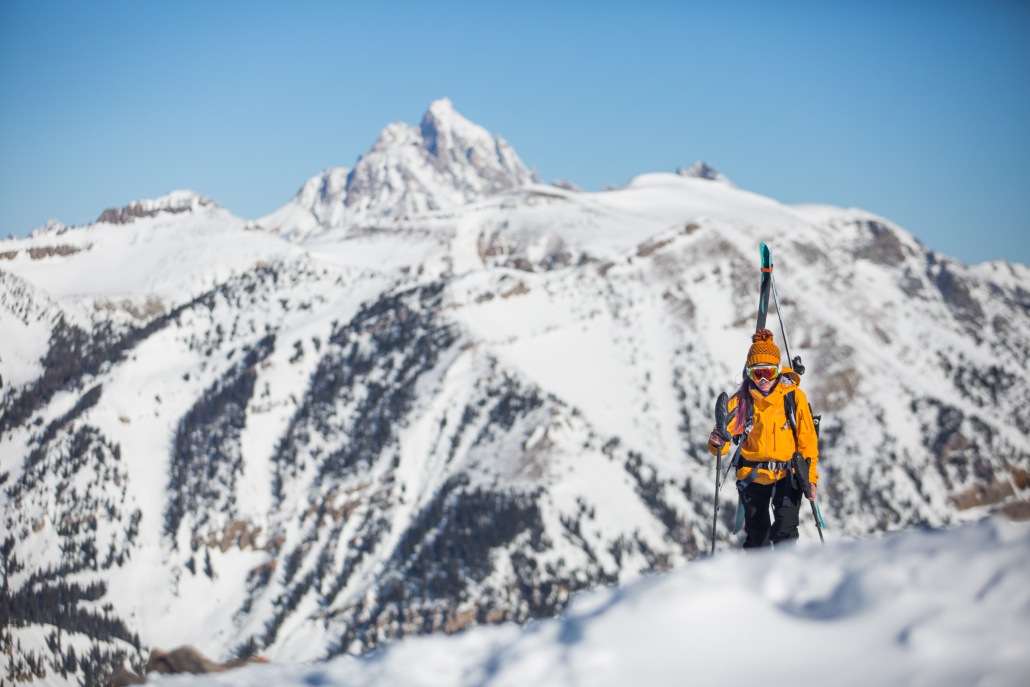 Photo Credit: Sofia Jaramillo (On the ancestral lands of the Shoshone-Bannock, Eastern Shoshone, Cheyenne, and other Nations)

Public lands are a key piece of any climate solution, in part because a lot of energy development — be it fossil fuels or renewables — happens on public lands, but also because these large landscapes play a fundamental role in carbon capture and sequestration. President Biden campaigned on an ambitious climate agenda, and has set a goal for the United States to achieve a clean-energy economy and net-zero emissions by no later than 2050. But we’re not going to get there without doubling down on public lands protections and on new climate-conscious land management scenarios.

Keep it in the ground

One obvious way to combat climate change is to keep fossil fuels in the ground. Emissions from fossil fuels produced on Federal lands represent a significant percentage of the national total. For this reason, President Biden has pledged to end new leasing of public lands for oil and gas development, and we expect his Administration will take many other steps to reduce emissions tied to Federal public lands. But it’s also important to consider the role public lands play in carbon storage and sequestration.

It may come as a surprise to learn that soils store most of the ecosystem carbon on public lands — almost double what is stored in live vegetation and dead organic matter, combined. To protect these fundamental carbon sinks, offsetting nearly 16% of our country’s overall carbon dioxide emissions — we need to keep our remaining undeveloped lands just the way they are, which also happens to be just the way we human-powered winter recreationists like them.

Wilderness, National Monuments and National Parks are the “movie stars” of public lands conservation, but they’re not the only actors on the set. For example, the Roadless Rule, which prohibits road building and commercial logging in old-growth forests and other roadless National Forest lands, protects approximately one third of National Forest lands. But, in late 2020, despite massive environmental pushback, the Trump Administration revised the Roadless Rule to exempt the nation’s largest forest — the Tongass — from protection. The Tongass National Forest’s old growth forests hold 8% of all of the carbon captured by National Forest lands. But if this rollback stands, and the Tongass’ roadless lands are logged, the forest will tip from a carbon sink to a carbon emitter, like we are starting to witness in certain overexploited tropical forests in places like Brazil and Malaysia — thereby accelerating rather than mitigating the climate crisis.

Forest planning can help us protect and restore carbon sinks on National Forest land by determining a big-picture plan identifying which lands to protect and where to focus active management and fuels reduction projects. While we need to protect unfragmented, wild landscapes — and also improve connectivity between discrete landscapes — active management in other areas can help boost forest productivity and carbon capture. Winter Wildlands Alliance tracks and engages in these projects and planning processes across the country to make sure that active management occurs in places where it’s appropriate and that it doesn’t interfere with winter recreation opportunities.

There’s a bold new idea making its way through the halls of Congress that is built on the fact that protecting public lands is good for the climate, as well as for biodiversity: ‘30×30’. That is, the U.S. should protect at least 30% of its land and oceans by 2030. California — often a leader on environmental issues — has recently committed to doing this at a state level by governor’s executive order, though there’s still a whole lot to be determined with regard to what constitutes ‘protection’. Over the past 50 years we’ve protected approximately 15% of the nation’s lands and waters using designations such as Wilderness Areas, National Parks, National Monuments, and other tools. This is a great start, but to conserve another 15%, we’ll all need to think big and to use all the tools in the toolbox — and likely some we haven’t yet thought about yet.

While there are still Wilderness-quality landscapes that deserve protection as such, a lot of our most pristine landscapes are already designated as Wilderness, National Parks, or other big ticket designations. And 30×30 isn’t just about Wilderness areas and Parks anyways. To achieve this ambitious — and critical — goal, we need to figure out conservation approaches that allow for a variety of uses and stakeholder interests. For instance, in forest planning, we talk about establishing Backcountry Management Areas, Recommended Wilderness Areas, and semi-primitive areas. These are all different ways to protect National Forest landscapes, and while some (like recommended wilderness) are quite restrictive, others allow a wide range of uses — but not the types of development that compromise carbon sequestration potential, or otherwise contribute to the climate crisis.

Most public lands are multiple-use landscapes, and 30×30 can’t be achieved with a one size-fits all approach. There are a lot of considerations, including urban greenways, connected communities, wildlife corridors and wildland-urban interfaces. And a broad range of stakeholders that need to be at the table — conservation interests, of course, and recreation voices, but also Indigenous communities, equitable access groups, agricultural interests, sportsmen, commercial fishing interests, even logging and energy companies. We all need to work together to determine where to prioritize conservation and where future development may be appropriate, as well as what type of conservation designation to apply to a particular place.

It’s definitely a long game, and will test our human capacity to collaborate meaningfully. But at Winter Wildlands Alliance we’re thrilled to be able to get started on it in a meaningful way under a new Administration!