Looking Back on the 15th Season of the Backcountry Film Festival

Friends of the Dillon Ranger District hosted the Backcountry Film Festival this year in Colorado. 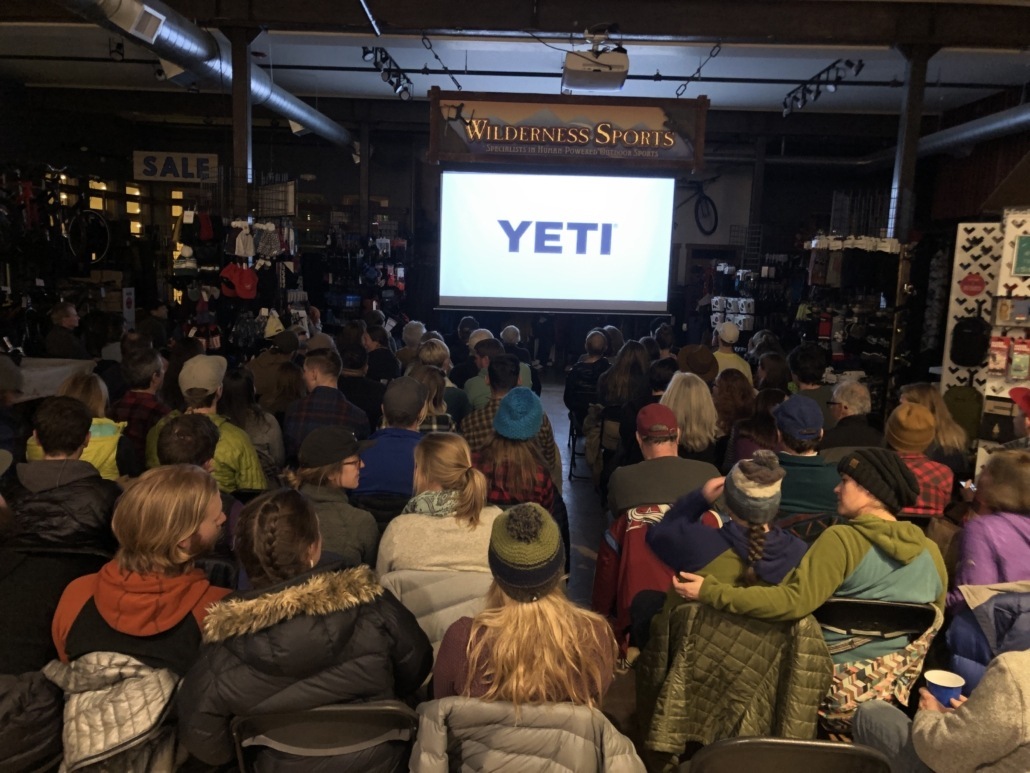 Last October, in Boise, Idaho, the front doors to the Egyptian Theatre swiveled as beanie and puffy-clad moviegoers filed under the black letters on the marquee that spelled out the 15th annual world premiere of the Backcountry Film Festival. The entryway to the Egyptian Theatre smelled of popcorn and became crowded with people of all ages who browsed booths and raffle prizes, caught up with familiar faces from the ski hill, and cracked open Sierra Nevada brews.

It’s hard to imagine sitting in a crowded movie theater right now—our world has changed so quickly in light of the Covid-19 pandemic that recent memories feel like an eternity ago. And yet, the memory of the Backcountry Film Festival’s world premiere is a hopeful assurance of what just was and what will be again.

Stories have always been fundamental to community—whether you’re sitting around a campfire, a dinner table, or sinking into a comfy chair in a dark theater next to your family and friends. After the last credits roll, and the lights turn on, your eyes adjust back to reality, inspiration settles, and excitement swells for your own adventures ahead. Stories renew our appreciation for the mountains and remind us of the purpose of environmental advocacy and stewardship.

“We realized right away that the Backcountry Film Festival was an incredible tool to rally the folks, draw attention to the cause, and get behind the movement. And that’s exactly what happened,” says Tyler T. Ray, founder of Granite Backcountry Alliance in the Northeast.

This season, the Backcountry Film Festival traveled to almost 100 towns across the country. It raised more than $150,000 for 80 nonprofits. While we had to cancel the last few showings of the festival this year due to precautions taken for the novel coronavirus, the Festival was an overwhelming success. And we don’t just mean the films themselves. Underlying the personal narratives flickering on the silver screen is a deeper message about community. The festival fosters a sense of togetherness by promoting shared values for the outdoors, for wild and quiet places, for opportunities for all people to experience public lands.

To find the films, Festival Manager Melinda Quick spends months searching for emerging filmmakers who need a platform to tell their story and reach an audience. She works with Winter Wildlands’ staff, board members, and long-standing community members to carefully curate a show that will not only become a major fundraiser for nonprofits and environmental causes all over, but will be a tool to raise awareness and generate support for a good cause.

“The community looks forward to the broad variety of films that make up the festival each year,” says Brian Okonek, the president of the Alaska Quiet Rights Coalition, which has hosted the Backcountry Film Festival annually for 10 years in Talkeetna. “The draw of the film festival enables Alaska Quiet Rights Coalition to relay to the audience the important work that [we’re] doing to protect quiet recreation in Alaska.”

Like the ski season, Coronavirus cut the 15th annual Backcountry Film Festival short. But we find encouragement in the thousands of people who are still reaping the benefits of its positive and inclusive message—the entire show is available to stream online. And we’re looking forward to the time, not far away, when we can come together, with our families and friends, in anticipation of winter, and watch the next round of films.