Can your group accurately predict the amount of snow that we will have at Bogus Basin this winter?  How about the snow/water equivalent?  Send SnowSchool your prediction, the closest group wins the prize.  Winners will be announced in the spring.

Send your snow depth and snow/water equivalent prediction to:

Once you make your predictions your groups name will be added to this page below and you will be able to track and compare your prediction to the live snowpack graph as it grows (or melts) each week of the winter.

The graphs above update daily.

Contest predictions will be posted here:

To view the webpage for the SnowSchool Weather Station click the picture below: 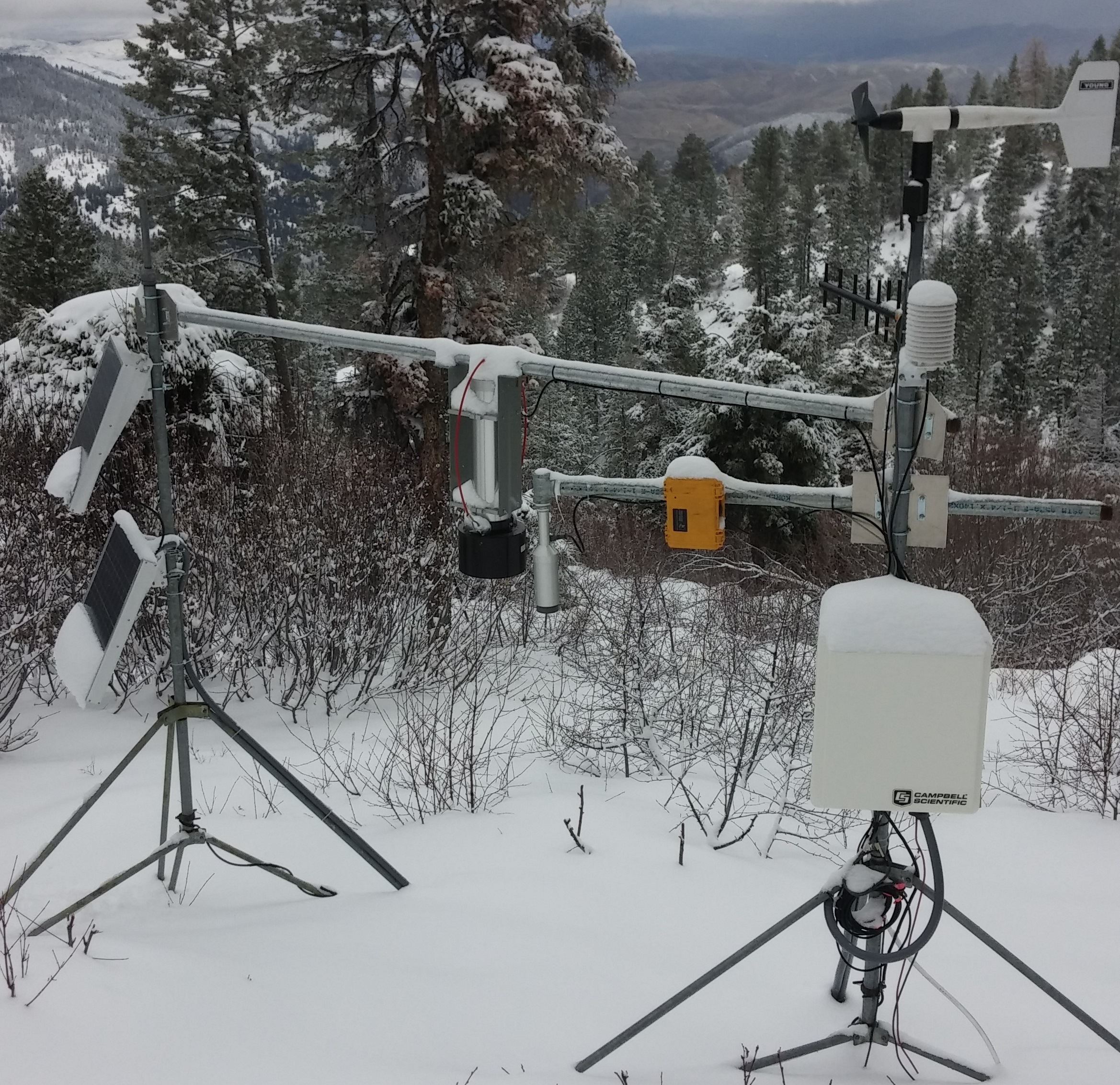 View the interactive map of weather stations in the Boise area: 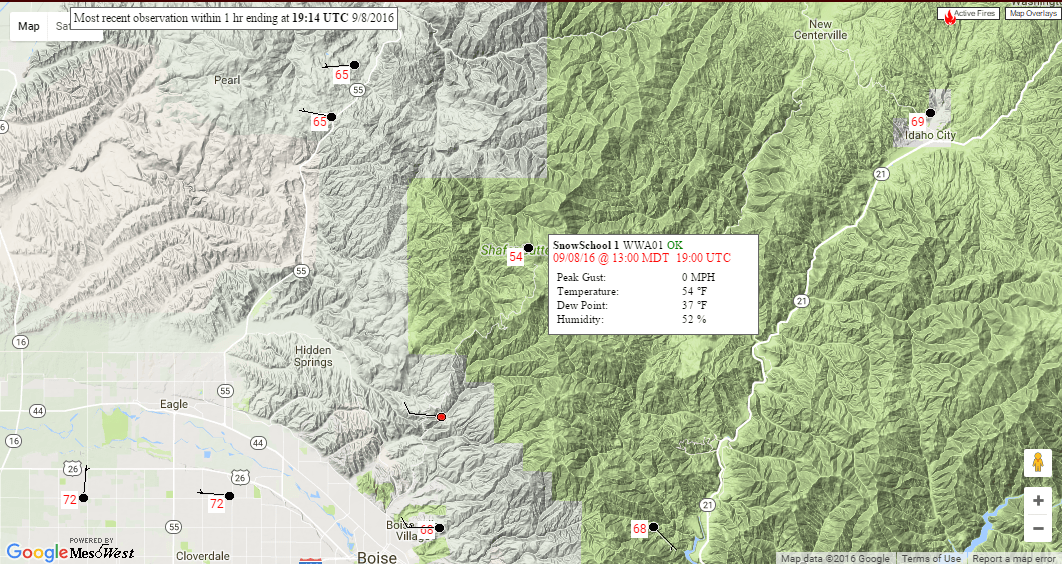 Learn more about the connection between mountain snow and water:

HISTORICAL SNOWPACK DATA: Its important to keep track of snow, how much of it there is in the mountains because mountain snow is our source of water in Idaho.  If we have less snow than normal, we could have less water available for people to use.  In making your prediction you will want to look at what happened in previous years (see graphs below), how much snow and snow/water equivalent we have on the ground right now (above graph), any data you collected during your SnowSchool field trip, and historical/forecasted weather.  To help with your predictions we’ve included a graph below of what happened last year (the very first year it was installed) at the SnowSchool Weather Station- 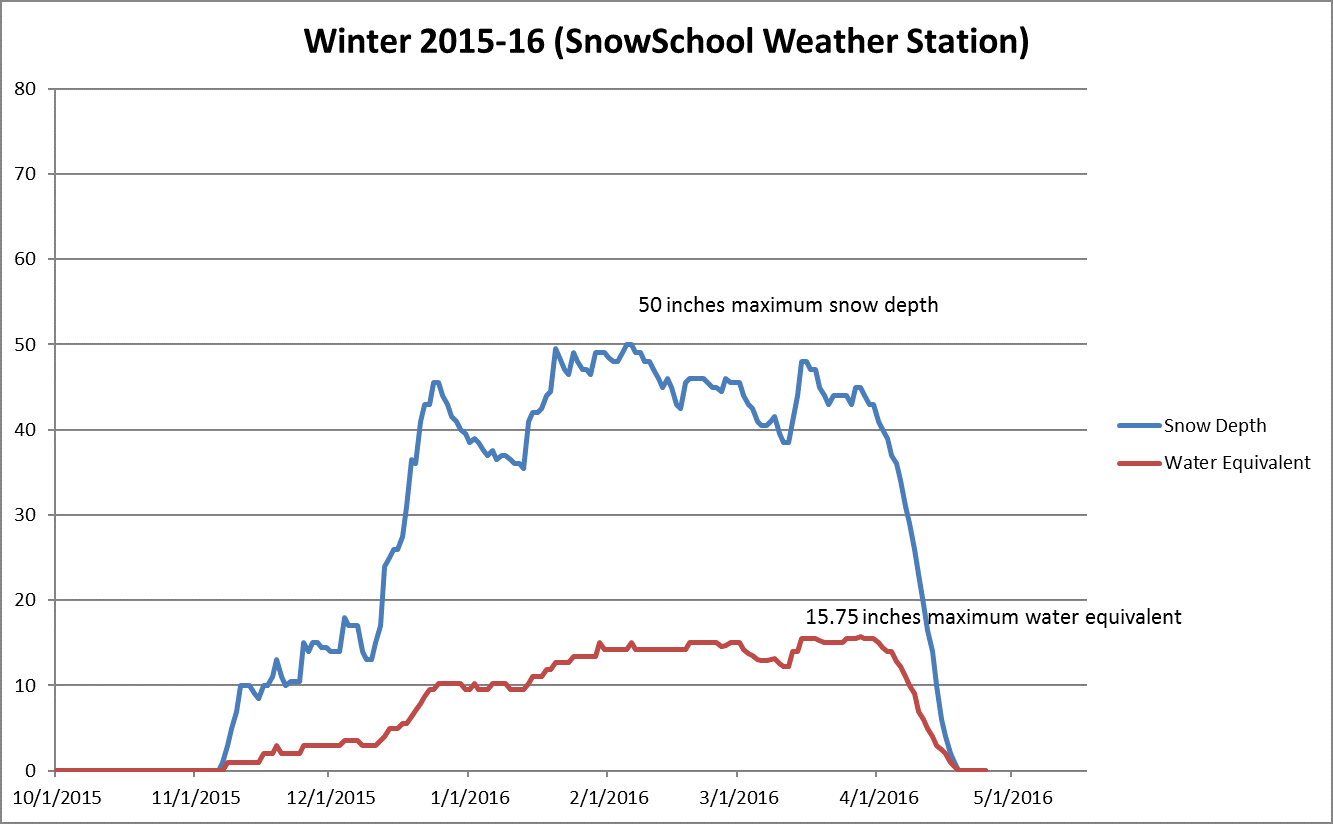