Of the People and the Land 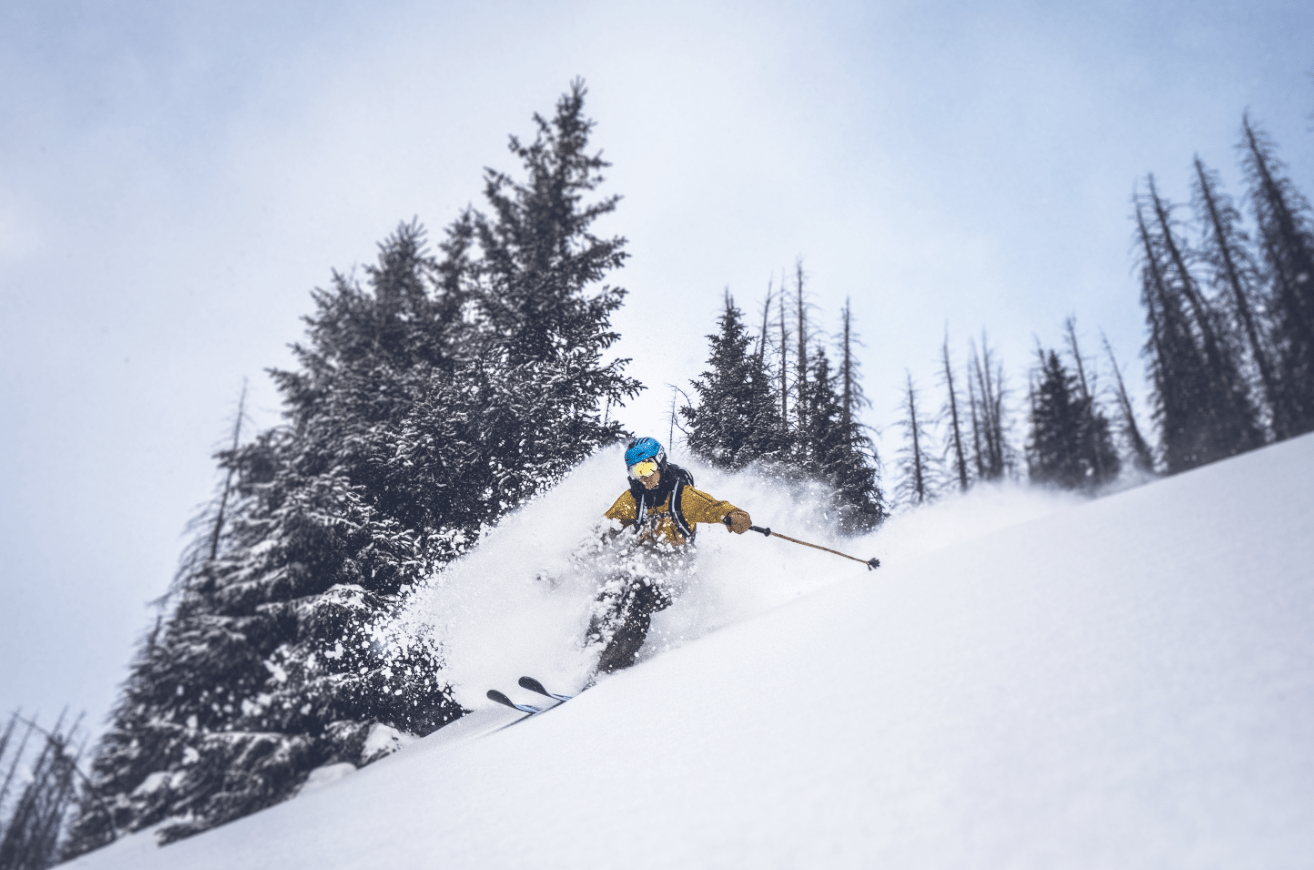 Photo Credit: Micheli Oliver (On the ancestral lands of the Ute and other Nations)

When I was a little girl my dad put me on skis and sent me down the hills at Winter Park, on land that is home of the Ute peoples, colonized today as Colorado. I bombed down, rarely turning to slow myself, my Dad barreling after me in his Carhartt jacket and Wrangler blue jeans. My biggest role model in this world wore jeans. He poured all his money into my ski suit so I wouldn’t be cold. It was always my dad making sacrifices for us, so that we could be outside.

Skiing in jeans was one of the coolest, most giving things I’d ever seen. Growing up, I didn’t really understand what wealth or privilege was —  just that we didn’t have it. And that meant hand-me-downs, discounted lift tickets every chance we could get them, rental skis, borrowing everything we could. We made it work because my parents saw the joy that skiing gave me and my brothers. Skiing seemed like a right of passage in Colorado, so my parents made it work.

I’m forever grateful that we were able to play in the mountains, at least until 2012, my freshman year of high school, when ticket prices skyrocketed. Looking back, that was the year I stopped playing outside — for a while. Money was a barrier, and I didn’t see the outdoors as a place for all.

The way I was raised was unconventional, to say the least. I come from a mixture of cultures, peoples, and ways of life. My ancestors are Indigenous, of the Blackfoot and Shawnee peoples, as well as Irish and Italian, so my life is an odd conglomerate of it all. Food and family was where everything came together. My father taught me the Indigenous ways his father had taught him: how to hunt and use every possible piece of the creature for feeding our family, how to be outside and give thanks for this earth. My mother was all warmth, family, unconditional love and art. So today I am an Indigenous photographer, part Blackfoot, Shawnee, Celt and Italian, a mixture of resilience and survival from very different oppressions both big and small. And at the core of me is love for this world.

Today, being outside on public lands isn’t as simple for me as just being an athlete. It can’t be that simple when we recreate, play, compete and adventure on stolen and unceded Native land. In winter time my preferred mode of transportation is skis, but I can’t help listening to Indigenous ancestors who were there before me, and to relatives — more-than-human flora and fauna — everywhere I go. Listening to and learning about stories of incredibly strong peoples from all over, including mine.

Skiing isn’t a space where you often see Indigenous peoples. When I’m on skis I’m in a white-washed world of privilege. A world not made for us, even though it’s a sport entirely reliant on Native land. Skiing does not need to be like this. Being outside does not need to be majority white, and we, Black and Indigenous and People of Color, must begin somewhere. And so, in the Native way, I begin with a story of this Land.

Many Indigenous peoples will today refer to North America as Turtle Island. The name comes from an Ojibwe/Anishinabe story of creation. Although there are many different versions, the way I’ve heard it is that after a great flood covered the earth, Nanaboozhoo, an important figure to the Anishinabe peoples, pledged to find land again. He dove and dove but could not hold his breath long enough to find the land. Many other creatures dove and tried to find the land, none of them successful. Finally, Muskrat dove for a very long time, almost to death, coming back with a small piece of the land. Turtle then offered to use their shell to bear the land and begin again. Because of Turtle’s sacrifice, the island of North America grew and everything on it thrived.

This story teaches many things, but most importantly a deep respect, love and compassion for the place we inhabit, as we are quite literally on the back of another creature. These days, the respect, love and compassion toward Turtle Island has been broken. The United States was founded on the enslavement and removal of Black and Brown bodies, and thus a country born of these mentalities was created. Today we are sewing up deep wounds of oppression, genocide, erasure and removal of Indigenous peoples — wounds not easily healed. Non-native people have been doing their best, but simple solutions are never the answer.

I acknowledge that in order to do so, allies and accomplices must learn what it means to stand in solidarity with Native people.

What does that solidarity look like? It looks like (but is not limited to) education, support of Native-run organizations like Natives Outdoors, revitalization of trust in Indigenous knowledge and the return of Native peoples to their ancestral homes. To the members, partners, directors and grassroots groups of Winter Wildlands Alliance, as we venture out on snow this winter, I ask for us all to step back and acknowledge that we are on Indigenous lands. And then to step forward to see what more can be done.