Twenty years ago, Sarah Michael founded Winter Wildlands Alliance with an idea that would go on to change the way the Forest Service understands winter. 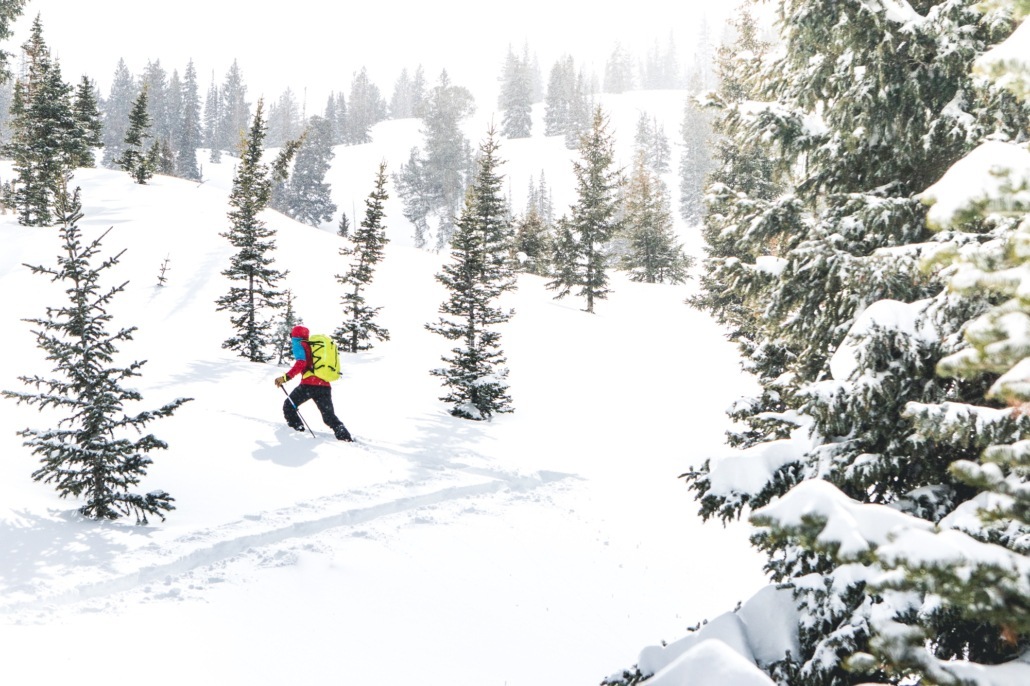 Sarah Michael, the founder of Winter Wildlands Alliance, grew up on a farm in the Bay Area that is now a freeway interchange in Silicon Valley. She knows the importance of open space. She also knows what it’s like to lose it.

“I grew up as a wild child outside. I was always either riding horses or outside doing something,” she said in a phone interview in July. “I think your earliest childhood experiences really cements the need to be in open spaces.”

As her horizons grew, Sarah, now 74, started to venture into the Sierra Nevada on solo backpacking trips, and eventually backcountry skiing. “It was all skins and telemark,” she said. Little did she know then that her passion for winter recreation would go on to fundamentally change the way the Forest Service manages motorized and non-motorized recreation.

The roots of Winter Wildlands Alliance begin in Sun Valley. Looking back, Sarah says Sun Valley called to her twice.

The first time she heard the call was in 1975 while she was trekking through the Himalayas. “At the base of Mount Everest, I met a gorgeous mountain man who invited me to go skiing in Sun Valley,” she said. She was 29 when she moved to Ketchum for the first time, and she stayed there for four years before moving back to California in the ’80s to continue her career in public policy and lobbying in Sacramento.

The second time she moved to Sun Valley was in 1993, to be with her husband, Bob Jonas, a guide who owned Sun Valley Trekking. Together, they explored the far reaches of wild places in Idaho, Yellowstone, Utah, and in 1996, they left for a two-year trek across Alaska. They kayaked from Ketchikan to Glacier Bay. They hiked up the coast to Yakutat. They traversed the St. Elias icefield on skis. They rode dog sleds along the Yukon River and up to the Arctic Circle. It took them two and a half years.

“It was the trip of a lifetime,” Sarah said. After two winters exploring one of the most remote places on the planet, they returned to a lot of change in Sun Valley in 1995. “When we came back, we found all of this conflict.”

In Sun Valley, cross-country and backcountry skiing was blooming in the 1990s. The community cross-country ski area accessed groomed trails in the Wood River Valley, wedged between the Sawtooth National Recreation Area and Galena Lodge. Yet, when Sarah and her husband returned to Sun Valley from their trek in Alaska, they were taken by the growth in snowmobiles, too. Sarah said there were 6,000 cross-country ski passes being sold and 638 registered snowmobile users, but the outsized impact of snowmobiles made it difficult for skiers to find peaceful and untracked turns.

“People would spend hours getting up to the backcountry ski huts and all of the slopes would be tracked up,” Sarah said. The absence of zoning rules for winter recreation meant that public lands were a free-for-all for motorized and non-motorized recreation alike, which manifested in clashes between skiers and snowmobilers.

Sarah got to work, leaning on her organizing background in Sacramento to start the Nordic and Backcountry Skiers Alliance in Sun Valley during the winter of 98-99, and she traveled to Washington, D.C., to meet with her representatives from Idaho. In D.C., she showed her congressmen a map displaying the “hundreds of thousands of acres” that snowmobiles had access to and the “very small terrain” in the Wood River Valley that skiers frequented. “I showed them the map and said, ‘All we have to do is have some zoning,’” Sarah said. “And they said that makes sense.”

When she returned to Sun Valley, Sarah met with the Forest Service Supervisor, who tasked her to organize a coalition of five skiers and five snowmobilers to go into mediation and come up with a zoning map. The Wood River Valley Winter Recreation Coalition was made up of the Skiers Alliance, the Sawtooth Snowmobile Club, Blain County Recreation, and the Forest Service. The coalition created a “Snow Pact” to designate motorized and non-motorized zones for winter recreation in the Wood River Valley. “It was a 10-month process, and we came up with a map,” she said. “And a special order stands to this day.”

While Sarah was organizing in Sun Valley, she started talking to people in other parts of the country, like Gail Ferrell, who was working on-the-ground in Tahoe to collect hundreds of email addresses and generate support for human-powered recreation. Sarah wanted to learn about other strategies people were using, how to build membership, and grow.

“Lesson number one: Talk to other groups,” she said. “Lesson number two: Don’t start a national organization unless you’re really filling a niche.”

Gail was working with a team in Tahoe that would go on to start the Snowlands Network. Their biggest focus was at the top of Mount Rose, where a meadow popular with snowshoers and Nordic skiers was seeing increases in traffic from snowmobiles. Meanwhile, Sarah’s success in Sun Valley with the Wood River coalition helped her see the need for a nationwide group that could connect smaller grassroots groups across the country to advocate for policy on a national level with federal agencies.

“Sarah is a very convincing and excellent speaker. When she talked about the need for a national group, I was completely focused on our local problems,” Gail said.

Sarah started Winter Wildlands Alliance in November of 2000 with funding from the Wilderness Society, a private foundation, and her fundraising efforts. She tapped Gail (and also Marcus Libkind, who worked with Gail in Tahoe) to be on the founding board for Winter Wildlands Alliance. In 2001, she hired the organization’s first executive director, Sally Grimes.

In those early years, Sarah’s vision was centered on collaboration and research. Winter Wildlands Alliance published its first report, called Losing Ground: The Fight to Preserve Winter Solitude, which was presented at one of the first Grassroots Advocacy Conferences. “One of the first things we did was reach out to other grassroots groups and develop a handbook and tools to help them organize,” Sarah said. “The research we did and the Grassroots Conferences were what energized us the most.”

Gail attended the first Grassroots Conference and says that Sarah and Winter Wildlands Alliance connected her local group to funding that helped them start a nonprofit, the Snowlands Network. Sarah also helped set up connections to Snowlands’ representatives in Washington, D.C.

“With her help, we had a lobby day where we were on Capitol Hill asking our representatives to weigh in on the issues for more non-motorized areas,” Gail said. “She helped me to see the bigger policy issues and how policy is created and implemented and where there are opportunities to try to influence policy.”

From the beginning, Sarah’s intention for Winter Wildlands Alliance was action-oriented, said Mark Menlove, who was the executive director from 2004 to 2019. “Taking a hard stand and being vocal, but it was also done with a recognition that we had to be collaborative,” he said. “[Sarah] is very disarming, and she is also very committed to outcomes. She’s just willing to stay in the conversation and stay in the relationship.”

Even so, when Sarah began working in areas beyond Sun Valley, the resistance she encountered was stronger than she expected.

“We were totally naive thinking, ‘Oh, all we have to do is get people to cooperate!’” she said.

A meeting in Alaska stands out. Sarah traveled north to attend a discussion between a group of snowmobilers and skiers. The animosity from the motorized community toward skiers who were pushing for non-motorized terrain was palpable. “The snowmobilers thought they were traitors,” Sarah said.

Winter Wildlands Alliance is still doing this work. In 2015, the Forest Service finalized the Over-Snow Vehicle Rule, which completely changed the paradigm of how the agency views and manages winter recreation. Before the rule, over-snow vehicles were allowed anywhere on forest lands. Now, forests covered in snow are closed to motors except in places that are designated open to over-snow vehicles. Gail said this fundamental shift began with Sarah’s organizing and vision.

“Sarah has done something so profound by creating a way for a paradigm or policy change in the U.S.,” Gail said. “It’s not just about skiing. It’s about the environment. It’s about climate change. It’s about quiet. All of these things are so important to preserve.”

Mark said that Winter Wildlands Alliance wouldn’t be the same without Sarah’s passion for wild places and acumen in politics.

“The fact that the organization exists is the culmination of those two things within Sarah,” Mark said.

Twenty years since she started Winter Wildlands Alliance, Sarah continues to engage with the organization, but she largely stepped back from the day-to-day operations when she hired Mark. Thinking of those early years of the group, she says that the grassroots collaboration and the research, as well as the groundsetting for the 2015 rule, have been the hallmarks that kept her going.

For inspiration, Sarah still immerses herself in very remote places. Last year, she headed north with her husband into the Frank Church Wilderness of No Return for a 75-day trek with two llamas and 10 resupply points. Come winter, the couple often heads out to one of the guiding company’s huts in the Sawtooths.

“The peace, the tranquility, the ability to meditate.” These are the things Sarah says she loves most about immersive experiences in remote places. “You’re in the moment. You are 100 percent living in the present and that, to me, is my form of meditation.” 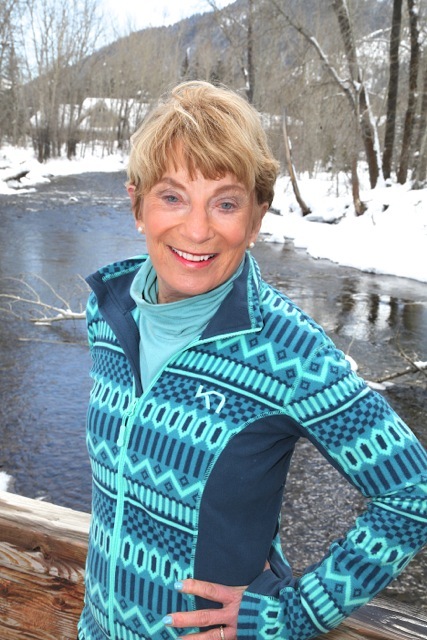