Senator Manchin’s proposed permitting reform bill would roll back bedrock protections, like the National Environmental Policy Act, silencing your voice and paving the way for industry to run roughshod over public lands and waters. 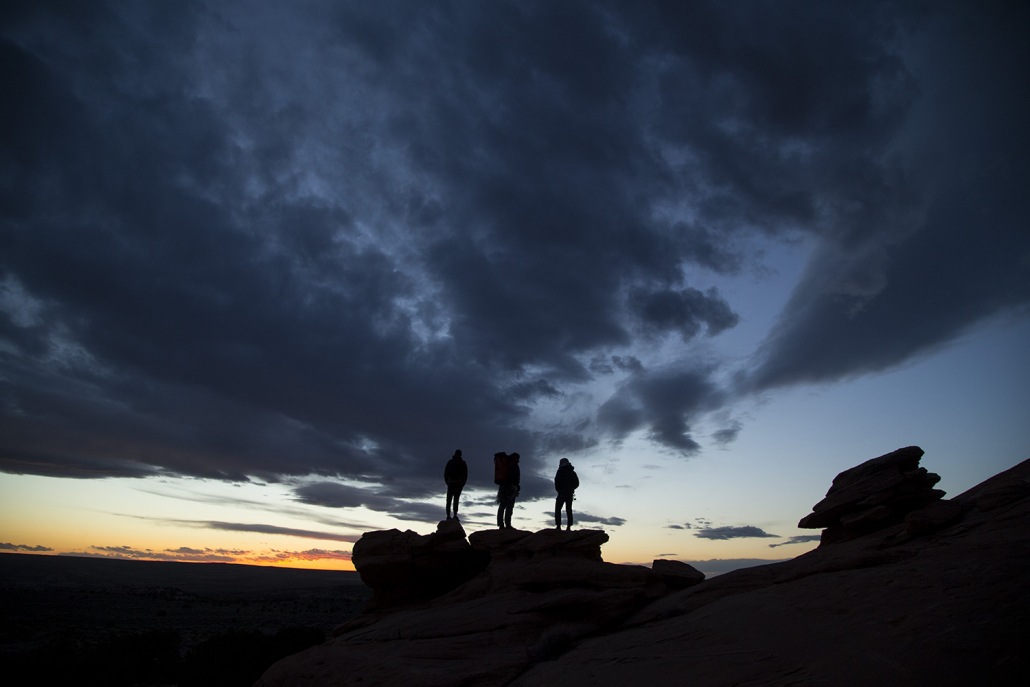 Last night, Senator Manchin pulled his permitting bill from the Senate’s Continuing Resolution, de-coupling it from this “must-pass” legislation. As Congress considers permitting reform, we urge them to take up the Environmental Justice for All Act, which was drafted in consultation with environmental justice communities to give them a voice in permitting decisions.

Late last week, Senator Manchin’s office released the text of the permitting reform bill that Senate leadership would like to attach to a must-pass spending bill at the end of the month (you can see the full text of the bill here).

As you may remember, getting a vote on permitting reform was a condition to secure Senator Manchin’s vote on the Inflation Reduction Act, a historic climate package. At the time, while celebrating the passage of this historic bill, Winter Wildlands Alliance’s policy director also cautioned that we’d remain vigilant to ensure subsequent actions didn’t cancel out the climate wins in this bill. This caution was specifically because of our concerns about Manchin’s permitting bill. Until last week, however, no one in Congress had seen the text of the proposed reforms, except for a leaked draft that was watermarked by the American Petroleum Institute.

Now that the text of the bill is available, we were able to analyze it with our partners in the Outdoor Alliance Joint Policy Shop and confirm, as suspected, that the “streamlining” the bill would enact will have serious consequences for public lands and waters, and the climate. This bill will reverberate far beyond energy and infrastructure permitting, and it is critical that Congress not try to rush it through in the next week without hearings, feedback, and adjustments. While it’s important that we move quickly to responsibly develop renewable energy projects, the proposed legislation curtails public comment periods and limits reviews in ways that could have damaging results to frontline communities and the environment.

The bill leans heavily on bypassing of environmental review, defenses against pollution, and protections for the public process. The proposed reforms are very similar to those changes that the Trump administration proposed for the National Environmental Policy Act (NEPA) and the Clean Water Act, and that the Biden administration has been working to unwind over the past two years, with support from the conservation and outdoor recreation communities.

Below are some of the concerning aspects of Manchin’s bill and how they might affect you, the public process, and public lands. You can read our full comment letter to leadership by clicking here.

Subtitle A of the bill sets a lot of constraints on NEPA projects but provides no funding to help the agencies move faster (e.g. additional staff to expedite environmental review processes). The result is likely to lead to cutting corners, including cutting out public input and failing to consider impacts to marginalized communities. This section would affect the environmental review process and limit opportunities for litigation for projects related to energy production, generation, storage, or transportation; carbon capture, removal, transportation, or storage; and mining extraction or processing. Some of the most egregious changes to NEPA include:

Section 13 sets a 90-day deadline for the President to identify and fast-track 25 energy projects that have strategic national importance. This list must include at least five fossil fuel projects and three new mining projects, plus two projects “to capture, transport, or store carbon dioxide,” and one “to produce, transport, or store clean hydrogen.”  Speeding through these projects, without consultation or review from the local communities that may be affected, will have significant consequences for frontline and marginalized communities.

Subtitle B includes significant changes to how the Clean Water Act is implemented that would threaten the ability of states and Tribes to protect clean water, minimize the impacts of hydropower operations, and protect public health across the country. American Whitewater delves into this section of the bill on their website. Check it out to learn more about this section of the bill.

Subtitle B also includes language around streamlining electrical transmission projects. While getting more electricity to consumers more efficiently is a key step in moving away from fossil fuels, the bill eliminates important guardrails that protect consumers and marginalized—especially Indigenous —communities. The bill replaces the Department of Energy’s existing responsibility to consult with Tribes to identify places where electricity transmission corridors are lacking with a new approach that neglects the specific transmission needs of Indigenous communities.

While permitting reform may be an important part of implementing the investments in renewable energy included in the Inflation Reduction Act, these reforms will have long-lasting consequences and cannot come at the expense of people’s safety, public comment periods, and long-term environmental protections. This current bill is not the ticket to a cleaner, healthier future. Research has shown that the primary roadblocks to expediting NEPA reviews are a lack of resources and staffing at federal agencies, not NEPA itself. The IRA contains funding so that agencies will have more resources to manage NEPA reviews, and there are other things we can do to improve the review process and expedite renewable energy projects.

We are asking Congress to take time and get permitting reform right rather than rush this through in a week. This is an important moment for you to weigh in, as both Democrats and Republicans will be key to getting this effort right. Use the form below to send a message to your Senators asking them to get permitting reform right and not to rush through the proposed legislation at the expense of public comment periods, clean water, and safe communities.