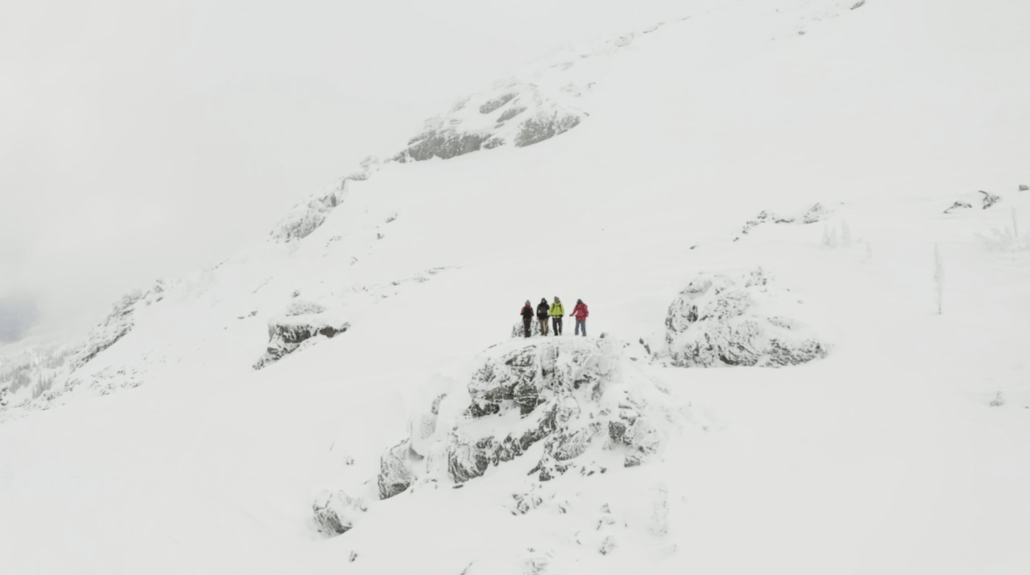 “Montana got walloped with a big winter storm this weekend and I was excited to dig my skis out of the garage for the first turns of the season. Between skiing, shoveling, and staying warm in single-digit temperatures, I kept thinking about family and friends in California, Wyoming, and Colorado where record-breaking wildfires continue to rage. It’s no secret that the West’s massive wildfires are tied to climate change and they’re just one example of how climate change isn’t an issue for future generations to deal with, it’s affecting us today.

Yet, rather than taking action to combat climate change, the Trump administration continues to make decisions that will contribute to the problem. Case in point – in September, under direction from the administration, the Forest Service came one step closer to exempting the Tongass National Forest from the Roadless Rule. When finalized, this exemption will open up 16.8 million acres of the world’s largest remaining old-growth temperate rainforest to industrial logging and development, accelerating the climate crisis. Over the past month we worked with Outdoor Alliance to help over 3,000 people send comment letters to the Forest Service and USDA Secretary Sonny Perdue, objecting to lifting Roadless protections on the Tongass. The comment period closed on Friday, but there’s something you can do right now to help. Congress is considering legislation that would change the Roadless Rule from an administrative rule to a statutory law, so that it cannot be easily changed.

Take Action for the Tongass

Climate change wasn’t the only thing on my mind this past weekend. I was far from the only one who decided to take advantage of our local ski area’s ample parking and gentle, rock-free runs for the first turns of the season. As I skinned uphill past kids building kickers, families sledding, people booting uphill with their skis and snowboards slung over their shoulders, and others skinning up on AT skis, tele skis, and splitboards, the importance of WWA’s Ski Kind campaign really hit home. There are going to be a lot of people in the backcountry this winter and we’re all going to need to get along, respect each other, follow the rules, and take care of our environment. Visit www.skikind.org to download resources to help spread the Ski Kind message in your community or check out @ski_kind on Facebook and Instagram.

Skiing at the resort also got me thinking about ski resort expansions, which seem to be popping up everywhere lately. Earlier in the month we submitted scoping comments to the Caribou-Targhee National Forest in response to Grand Targhee’s proposal to expand into Teton Canyon.

Then, just as we wrapped up our Targhee comments, the neighboring Bridger-Teton National Forest published a final EIS for the proposed Snow King ski resort expansion, just on the other side of the Tetons from Targhee. We were really disappointed to see that the Forest Service granted Snow King just about everything they asked for, despite many strong comment letters asking the Forest Service to consider a more community-minded vision for Jackson’s town hill. Disappointed but not surprised – the Forest Service historically tends to defer to ski resorts when it comes to expansion plans and the current administration’s corporation-friendly approach to public lands management has only pushed things further. But, we’re not giving up on Snow King. We’re working with Teton Backcountry Alliance and other local partners to file formal objections to the expansion plans. The objection process is our last opportunity to change the project before the decision is finalized.

Finally, saving the best news for last, we were excited to learn today that the 9th Circuit Court of Appeals upheld the Bitterroot Travel Plan! This plan, which was signed in 2016, protects Recommended Wilderness Areas and Wilderness Study Areas on the Bitterroot National Forest by not designating these areas for motorized recreation while still leaving one third of the forest open for snowmobiling. After a coalition of Montana snowmobile clubs sued the Forest Service to attempt to remove these protections, we joined with a number of our conservation partners to defend the travel plan. The Montana District Court upheld the travel plan in 2018 but the snowmobile groups appealed that decision to the 9th Circuit Court of Appeals. Today’s 9th Circuit ruling ensures that wild lands on the Bitterroot National Forest will remain protected for future generations, providing refuge for wildlife and opportunities for human-powered winter adventure.