The final 30-day public comment period ended on November 18, 2021. This was the last opportunity to enter comments into the public record and to establish standing for possible objection on specific topics when the “draft” final plan is released (eg. seasonal motorized closures on Beartooth Pass, new motorized designations on Togwotee Pass, motorized recreation within the High Lakes WSA, etc.). See below for more information.

The Shoshone National Forest in Northwest Wyoming bills itself as a wild backcountry forest, and there are some amazing adventures to be had deep in the Wind River, Absaroka, and Beartooth mountains. These places are also diminishing habitat for wolverines, grizzlies and other species of sensitive wildlife. Our high-level concerns with the draft plan as proposed are as follows:

This was the FINAL comment period of a seven-year travel plan process. Our hope now is that the Forest will go back to the drawing board and complete a full Environmental Impact Statement addressing the many concerns we and others have with the alternatives and proposals considered.

* Nb. “Use conflict” vs. “user conflict: Travel planning is NOT about conflict between individual users, which would be a simple law enforcement issue, but rather the responsibility of land managers (the Shoshone National Forest) to address the underlying administrative conflict between different uses, ie. different expectations for specific recreational experiences and opportunities in specific geographical areas. eg. motorized recreation vs. quiet recreation.

Details of the Environmental Assessment and all maps are located on the Shoshone National Forest project website.

Make room for skiers on the Beartooth Pass!

The latest project documents can be found on the Forest Service project website. Or go straight to the latest Shoshone National Forest Environmental Assessment.

Our main concerns are as follows: 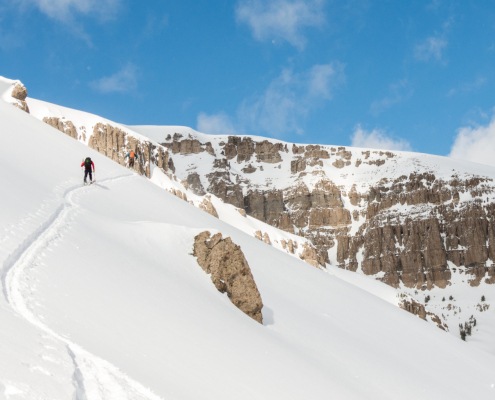 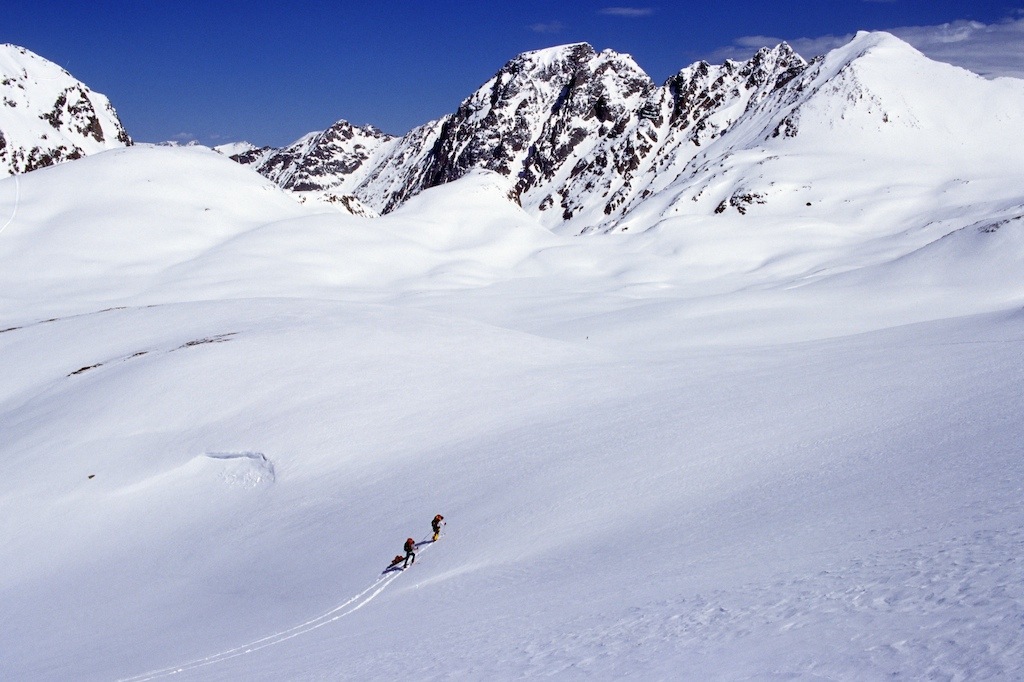 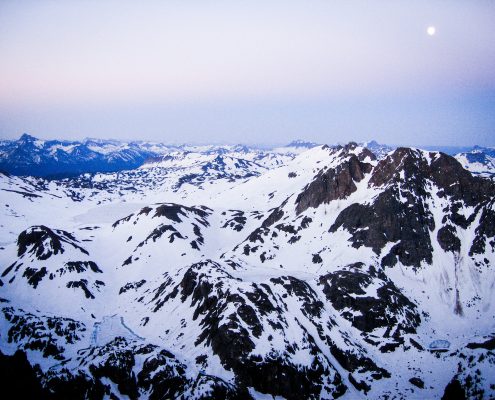 All of the earlier project documents can be found on the Forest Service project website. Click the “Analysis” tab to download the Preliminary Environmental Assessment (or download it here). The Preliminary Environmental Assessment includes 3 alternatives – the “no action” (status quo) and two “action” alternatives that are very similar. Each alternative covers summer and winter travel management, but we will only be focusing on the winter aspects of the EA.

Although there are a few things that we like in the Alternatives, overall, we are disappointed with this EA. At all earlier stages of the planning process the Forest Service stated that it would be drafting an Environmental Impact Statement (EIS), and we were surprised when they announced earlier this summer that they would be publishing an Environmental Assessment (EA) instead. While an EA can be appropriate for some travel management plans, the Shoshone plan is too complex for this less detailed type of analysis. There are many deficiencies in the EA (including a complete disregard for backcountry skiing!) and the only way the Shoshone is going to be able to remedy these deficiencies is for the forest to take a second look at all the comments they received in 2016 and 2017 and draft an EIS.

It’s important to weigh in on the Preliminary EA during this comment period so that the Shoshone understands what they need to fix. And, there are a few good things in the alternatives that are definitely worth supporting. Here’s the breakdown: