[Note: This post was revised June 26 to reflect local input.]

The Knife Edge, Chimney Pond and Hamlin Peak are names that invoke a smile for those who’ve been to the distant flanks of Maine’s highest peak. For many years I’d wanted to get on the peak, especially in the winter. After skiing 21 of the 24 snowy state high points I went back East to take on the region’s hardest and most remote mountain.

While New Hampshire’s Mount Washington may be the called the “Beast of the East,” Mount Katahdin is the largest independent massif with the most rugged terrain in the Northeast. The peak is located in the far north of Maine in Baxter State Park, and adjacent to the Katahdin Woods and Waters National Monument. In winter, the peak’s big vertical and 39 mile round trip distance makes it more difficult than most of the peaks in the Rocky Mountains.

While the origin of backcountry skiing has been in long tours, today most backcountry skiers average under 8 miles in a day. Not only are the most popular peaks short on distance, but they also allow for gravity to make the trip out easy, skiing right back to the car. Even the giant Rainier allows for a bailout option and a gravity-fed escape to the comforts of civilization.

Longer tours on peaks like Gannett Peak (WY), Kings Peak (UT) and Katahdin are a totally different animal. There is no easy out and planning is critical. On Katahdin we started with a 13 mile mostly flat approach. Snowmobile traffic by the rangers makes it a smooth tour most of the time. The mental grind of a long woods slog with heavy sled is the first hard part about the peak. The vertical for Katahdin including ups and downs on the approach was over 5500’. 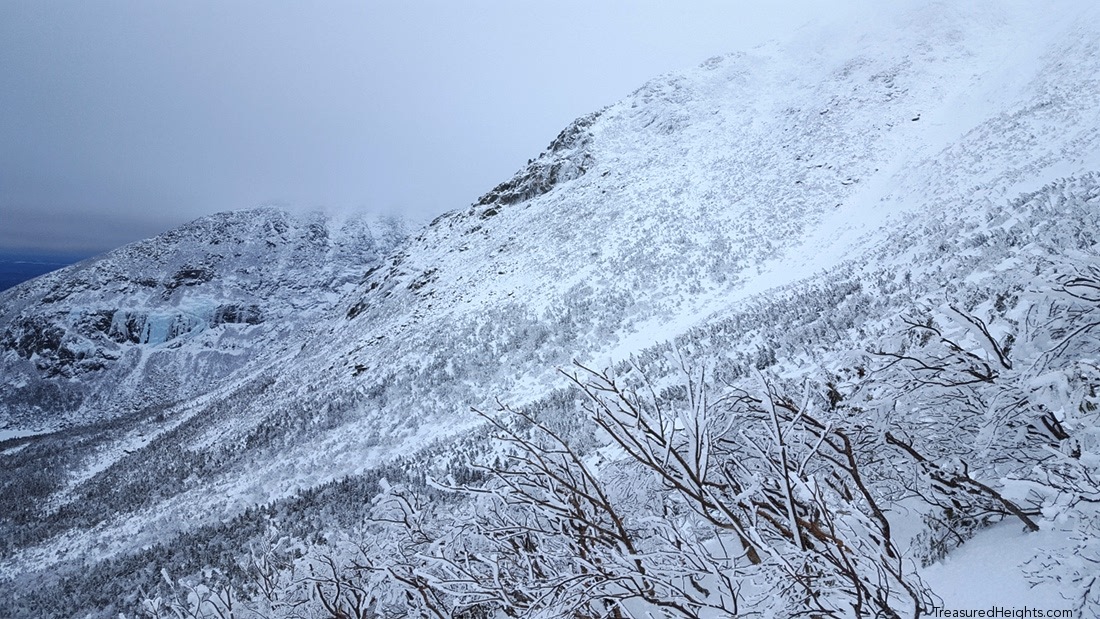 On the summit day we passed the amazing ice above Chimney Pond, and drooled at the gaggles of gullies found in the cirques between Hamlin Peak and Katahdin. After discussions with the resident ranger it was clear that avy conditions would not allow for descent of the steeper lines this trip. We stuck with doing laps in the Saddle Slide gulley and stood on the remote rime-covered summit 19 miles from the car.

There are plenty of gullies and cirques on the peak and it boasts the coolest natural feature of any Appalachian mountain: the Knife Edge. At only a few feet wide the east ridge of Katahdin drops off on both sides with wicked couloirs and gullies famous among ice climbers and notorious among eastern skiers. Local skiers can patiently wait years for many of the aesthetic steep lines to come in to skiable shape. Skiers more often go north of the summit to two large cirques with 2k’ vertical of gully skiing.

Most of Katahdin’s skiing is accessed from the Roaring Brook and Chimney Pond from the East. However you park to the South of the peak and have to wrap around the mountain first. The bunk houses with wood stoves here are excellent for drying gear on multi day trips. This is great when travelling in the humid and frigid maritime air. 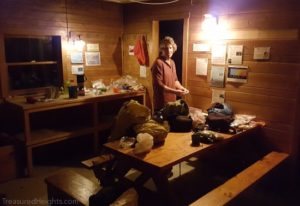 If you are used to federal lands or state parks you’ll notice a different management style at Mt. Katahdin, this is because even though it is called “Baxter State Park”, it is run by a trust and through private funding. In the past they have had odd rules, which older skiers have told me about, such as list requiring carrying along an ax, outdoor thermometer and wind chill chart. In recent years they have modernized, however a few rules from that era remain that could be improved.

Skiers are required to reserve spots in lean-tos or bunkhouses by mail at least one week ahead of time. Just as we encounter in the West with tourists flying in for an ascent of Rainier or Hood in a short, inflexible window, this can lead to people ascending in bad conditions do to scarcity of other date options. I witnessed skiers going in on our last day as we were escaping a storm. Since spots are tough to get the group remained committed to skiing anyway. That storm resulted in avalanches that caught two people in the nearby Whites. Allowing for credit card payments and an online waiver form could allow for more spontaneous reservations which can take advantage of safer weather. This won’t solve the weekend problem but would help push things in a more fluid direction. 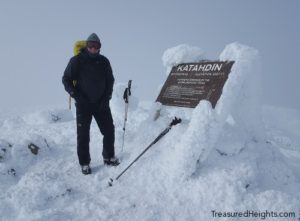 The best skiing and safest snowpack happens in April on good snow years in the Northeast, and I have yet to see a solid explanation for the April closure. Unlike the Chic Chocs there are no caribou here competing for the same alpine terrain. Even if areas are sensitive after snowmelt, having a rigid date does not help the wildlife, changing to a cutoff date that can be extended on high snow years makes much more sense. At a time when conservation is under attack on a mass scale we need to cultivate more responsible and passionate users of the park.

The more people who are inspired by Mount Katahdin, the more people will care about this special place, and can resist efforts to challenge needed extensions of protected land around Baxter. As it is Baxter State Park is only 209,644 acres and active scars from the extraction industry are clearly visible on nearby lands. Ryan Zinke’s recent threat and retraction of the threat to Katahdin Woods and Waters National Monument illustrates a close call which could have required a national and full mobilization of all people who love this region, including skiers. Park managers must run the balance of protecting pristine nature and accommodating tourists like us to help the long term survival of the great north woods of Maine.

Katahdin is a place you visit and always dream of returning. Despite bad weather the magic of the mountain permeated through the clouds and our souls. Even with perfect weather we could have only scratched the surface of the countless gullies on this massif. At least once in a lifetime every East Coast backcountry skier should get up to Katahdin and see the wildest side of New England. 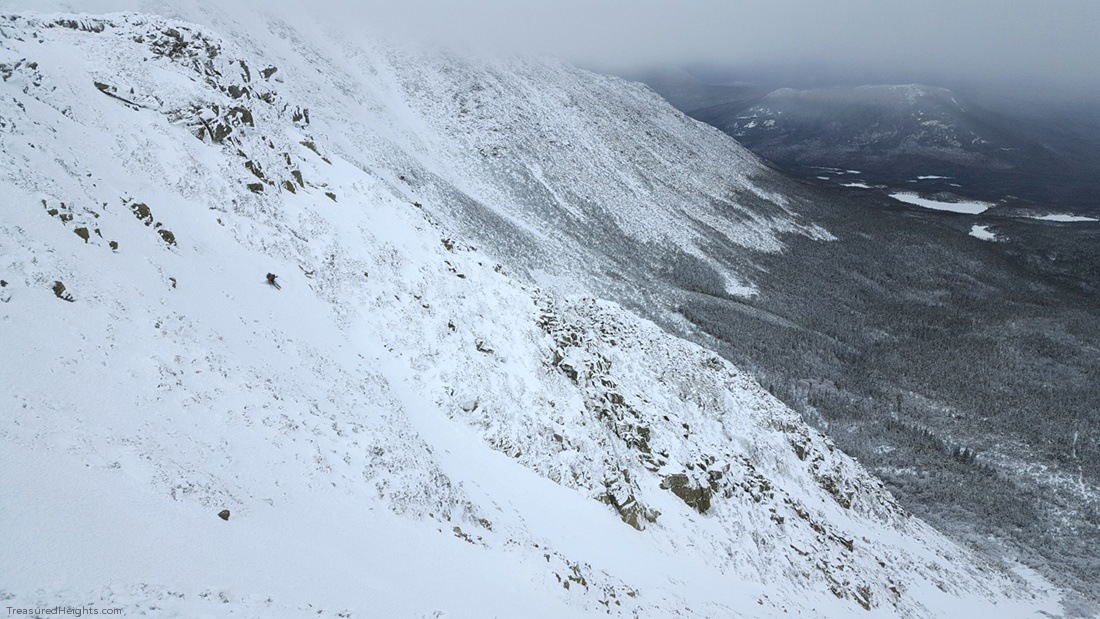 Check out this short film about the experience: