Eco-friendly and high performance should not be mutually exclusive 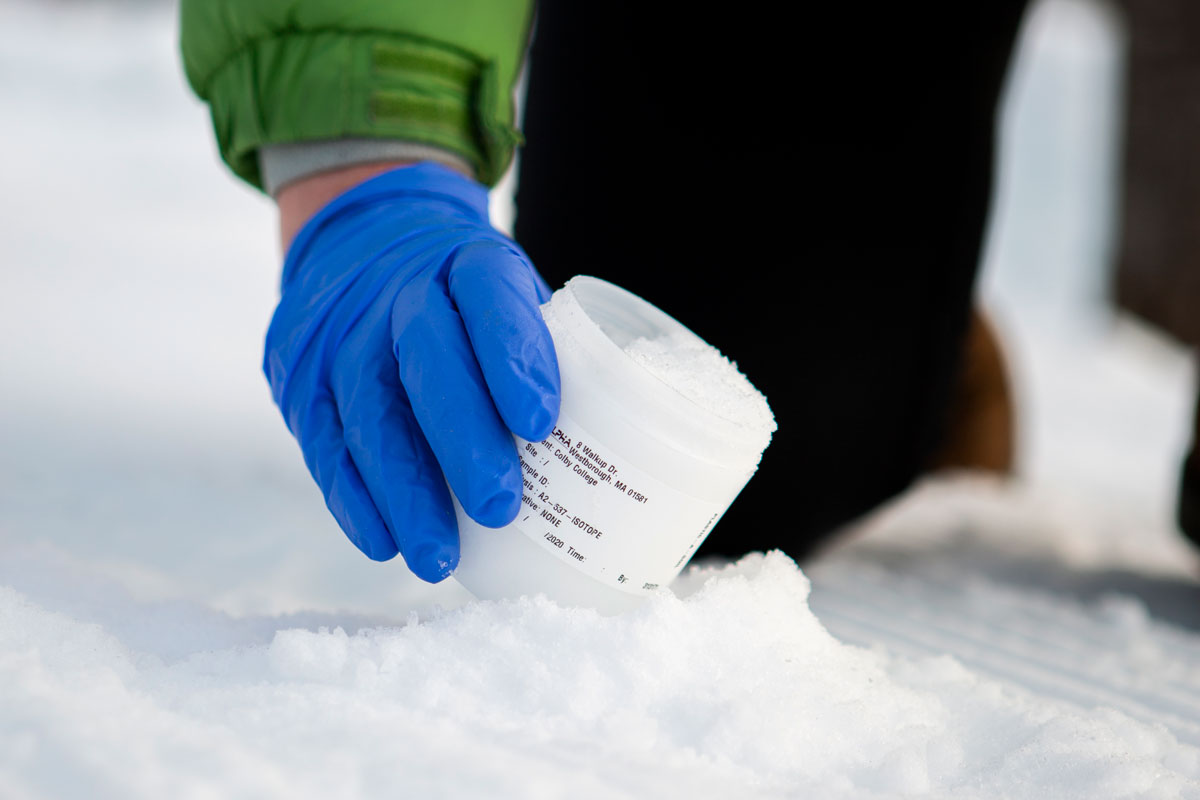 Photo Credit: Colby College (On the ancestral lands of the Wabanaki, Passamaquoddy, Abenaki, and other Nations)

At the start of every winter, there’s a sense of magic in the air as we pull out our snow gear and begin to prepare for the season ahead. The tuning process is a ritual, signaling to our wild winter deities that we’ve done our job and we ask that they do theirs: we bring the stoke, they bring the snow.

As we tinker with bindings and melt wax over our gliding gear, we dream of what the season will bring us and revel in the fact that we’re ready for whatever it throws our way. Not only does this ritual prepare us mentally for the first snow day, it also provides assurance of our performance while gliding down the mountain.

At Winter Wildlands, we protect wild winter landscapes for human-powered adventure with a focus on preserving those landscapes for years to come. Over the past decade, we’ve come to learn more about our pre-season ritual and its impact on the snow we know and love every winter.

What keeps us up at night is not only the impact of climate change on snowpack and our backcountry experience, but how we can ski sustainably on the snow that we have left.

Leave No Trace… of PFCs

Since the mid-eighties, the norm has been to melt wax into the bases of skis and boards so we can go really, really fast. This wax typically contains petroleum and/or perfluorochemicals (PFCs), which are commonly referred to as “forever chemicals” because, unlike biodegradable substances, PFCs never break down once they have been introduced into the environment.

As we slide on snow, small pieces of the wax are pulled out of our bases and into the snowpack. With a traditional ski wax, petroleum and/or fluorocarbon particles are transported into the snowpack and eventually into the watershed. This environmental contamination has been linked directly to ski wax.

With roughly 4,700 different PFC-type chemicals, their party trick is that they make things super slick. Fluorine, which forms a tight, water-repellent bond with carbon, is the key to how these chemicals enable frying pans to wick water and grease, make raincoats impermeable, and also make skis glide quickly over wet snow. (Via Colby Magazine.)

Scientists have discovered that PFCs bioaccumulate at or near ski areas and are able to persist in the soil as well as within the tissues of humans and animals. In 2011, Scientific American reported that ski wax chemicals build up in our blood and “may carry potentially serious health risks, including cardiovascular disease, liver damage, hormone disruption and cancer.”

Now more important than ever, PFC-free skiing is part of a greater Leave No Trace ethic and is an important part of our Ski Kind initiative.

The (Slow) Demise of Fluorinated Wax

Most recently, the International Ski Federation (FIS), in accordance with the recommendation of its Fluorinated Wax Ban Working Group, approved a ban of fluorinated waxes beginning July 1, 2021.

In November 2019, the FIS Council decided that the use of fluorinated ski wax will be banned in competition for all FIS disciplines from the 2020-21 season. According to the working group, the 2020-21 season is being used for further laboratory and field testing, to finalize testing protocols, and allow for the production of additional devices for purchase by stakeholders and enable implementation of the ban at all levels of FIS competition.

While this is a big step and public awareness is rising, PFCs will continue to linger in wax kits, at ski shops that are still selling fluorinated wax, and unknowing recreational skiers will continue to believe in its ability to make them glide and slide faster.

In the United States, Gail Carlson, an Assistant Professor of Environmental Studies at Colby College, recently released a study on how ski wax contributed to environmental contamination from races held at a public outdoor recreation area in central Maine.

“If we go back and test over, say, a 10-year time frame,” Carlson said, “we can see if ski racers are complying with the new regulations. We can look at our first test as a worst-case baseline, and we can look at how PFCs break down in the soil and water. They won’t go away from the world—they’ll get blown toward the Arctic, on the wind; they’ll get into the water—but they could become less present. And they could, over many years, break down in the soil. There’s still a lot we don’t know… that’s why we need to keep paying attention.”

The Rise of Eco-Wax: Embrace the Eco-Flow

Ultimately, eco-friendly and high performance should not be mutually exclusive.

“PFCs have been used in ski wax for decades but now that the environmental impacts of these substances are well-known, I think that it is imperative that the substance be banned from use in all ski wax. While this process has started at the race level, there is still room for countries, states, and even local ski resorts to implement their own bans,” explained Peter Arlein, owner of mountainFLOW eco-wax.

We know what feels good on our skis, snowboards, snowshoes, and skins (and we know it also feels good to use an environmentally responsible product). A proud partner of Winter Wildlands Alliance, mountainFLOW allows everyone to embrace the eco-flow.

mountainFLOW eco-wax is one of the world’s only plant-based waxes and contains 0% petroleum. With mountainFLOW’s wax, only pieces of all-natural, plant wax are introduced into the environment.

Take the next step in protecting our snowpack and our environment by ditching the bad wax. A variety of mountainFLOW products are available in our web store. All proceeds from purchases on our site go directly to funding WWA’s work around the country and directly benefiting your snow experience.

We hope that one day we’re all knee deep in the snowy, eco-flow.

Get Your Eco-Wax
Scroll to top