What are our impacts and what can we do to minimize them? By Jana Rogers. 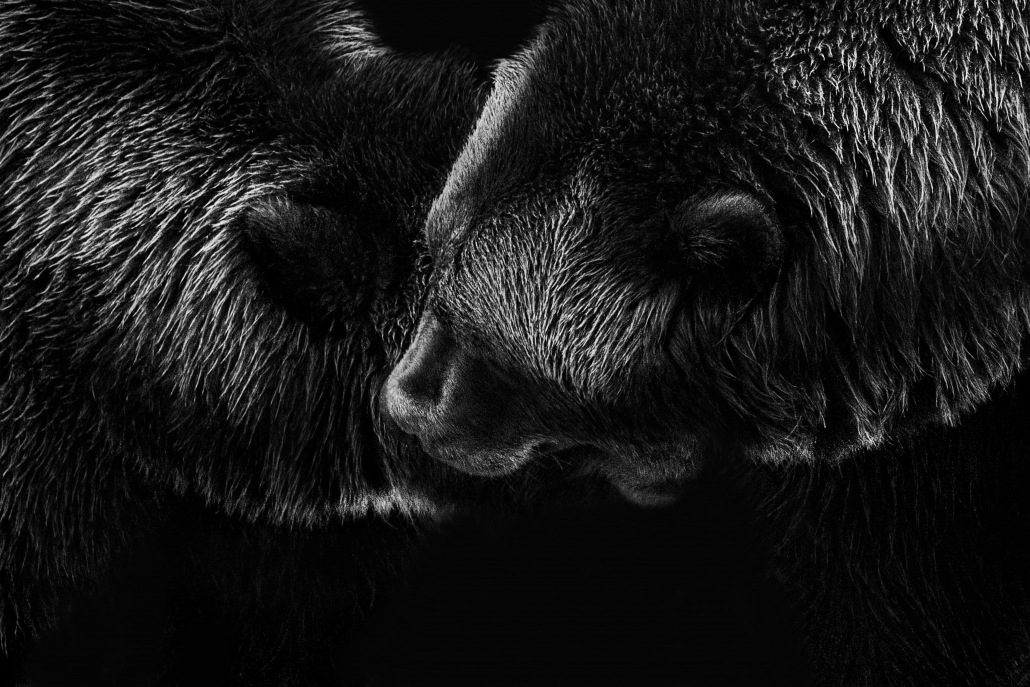 This write-up was originally featured in our Fall 2022 Trail Break issue.

When I’m in the space between frozen toes and golden light, perched on a windswept ridge, it’s hard to imagine that the sport I love can negatively impact the health of an ecosystem. But as grounding as skiing can feel, the fact is that increasing pressure from an explosion in winter recreation— magnified by changing climate, advances in technology, and media glorification— poses mounting threats to wintering wildlife and habitat.

Winter may be our playground, but it’s high stakes for wildlife. Food scarcity and plummeting temperatures require species to adapt and conserve energy. Adding stress can decrease survival, impact reproduction, and cause behavioral or physiological disturbance such as decreased foraging and habitat abandonment. As winter recreationists, can we reduce wildlife disturbance in order to protect the biological integrity on which we ultimately depend? Just as we constantly mitigate avalanche risk in the mountains, can we make decisions and create collective values that allow wildlife to thrive on the landscape?

“Wintering wildlife is in the lowest condition in the whole year,” says veteran Colorado Parks and Wildlife officer Mike Crosby. When it comes to ungulates, “the males have just come off breeding season, and the females have just come off lactation season and are pregnant. So any stress can be very significant in terms of mortality, and mortality in vitro. We have documented clearly that deer can reabsorb fetuses after too much stress. Elk and moose also slough fetuses.”

Wildlife show the strongest avoidance to spatially unpredictable activities, like increased backcountry skiing in new zones. Kim Heinemeyer, Lead Scientist and Project Director for Round River Conservation Studies, has led research and monitoring efforts on rare, declining or vulnerable species including fisher, marten, wolverine, grizzly bears and northern woodland caribou. “The biggest impact on wolverines from any kind of recreation is where people go to new areas,” she explains. “Even relatively low levels of recreation will start changing their behavior, and they will start avoiding those areas.”

There are very few protections in place that focus on minimizing the damage winter recreation can have on wildlife and habitat. And of course as snowpack declines and as Over Snow Vehicle technology and use grows, impacts only increase. 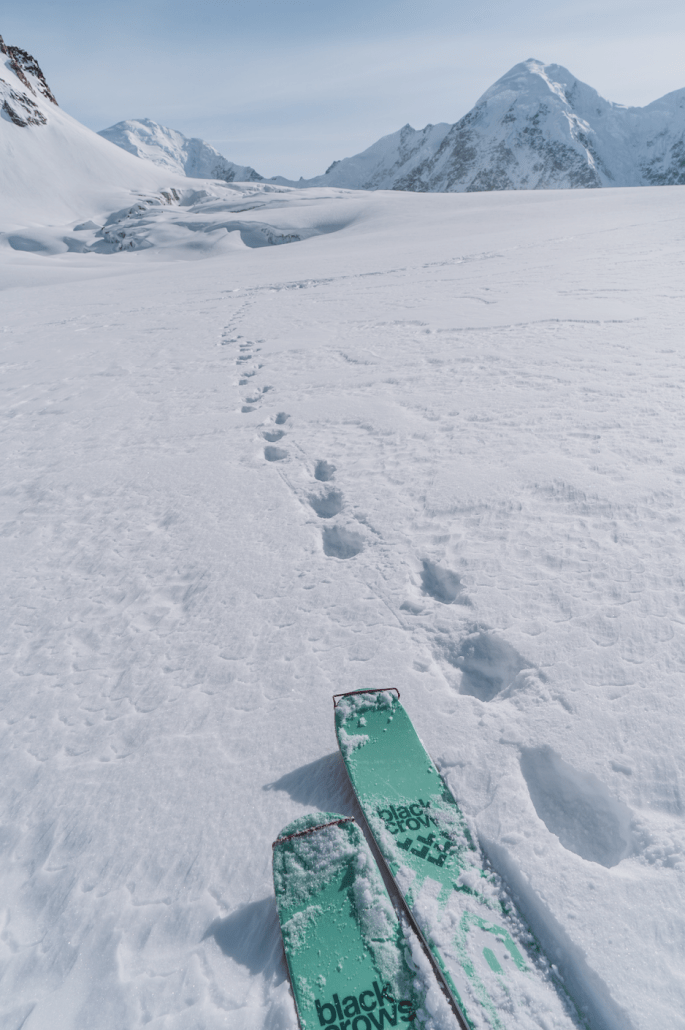 Under the 2015 Over Snow Vehicle Rule, the Forest Service has a duty to minimize impacts and conflict of uses. Through engaging with this process, recreationalists can advocate for creating buffers around waterways and riparian zones—requiring minimum snow depths to protect soils and vegetation–and for limiting motorized use adjacent to protected areas.

Because noise carries differently on sensitive winter soundscapes, motors have complex impacts—and not just for backcountry skiers looking for solitude. Adam Rissien, WildEarth Guardians’ ReWilding Manager, provides one example: “The noise from snowmobiles disturbs the lynx’s ability to hunt. If you have snowmobiles running through an area of snowshoe hares, and the snowshoe hares scatter, the lynx will work harder through the winter months to find those prey species.” To pinpoint disproportionate impacts, sound modeling and recreational usage mapping can be overlaid with habitat modeling.

Although motorized sports are an obvious culprit, human-powered activity also has real impact. Honoring strategic closures and sticking to known access routes is key to concentrating human usage, habituating species to human patterns and limiting contact with wildlife. If skiers do encounter wildlife or see concentrated tracks, Heinemeyer recommends they change their route or objective to minimize disturbance. “If you see multiple tracks, or if there is any evidence animals are active in that area, the best thing is backing out and going somewhere else, to avoid displacing that animal.” 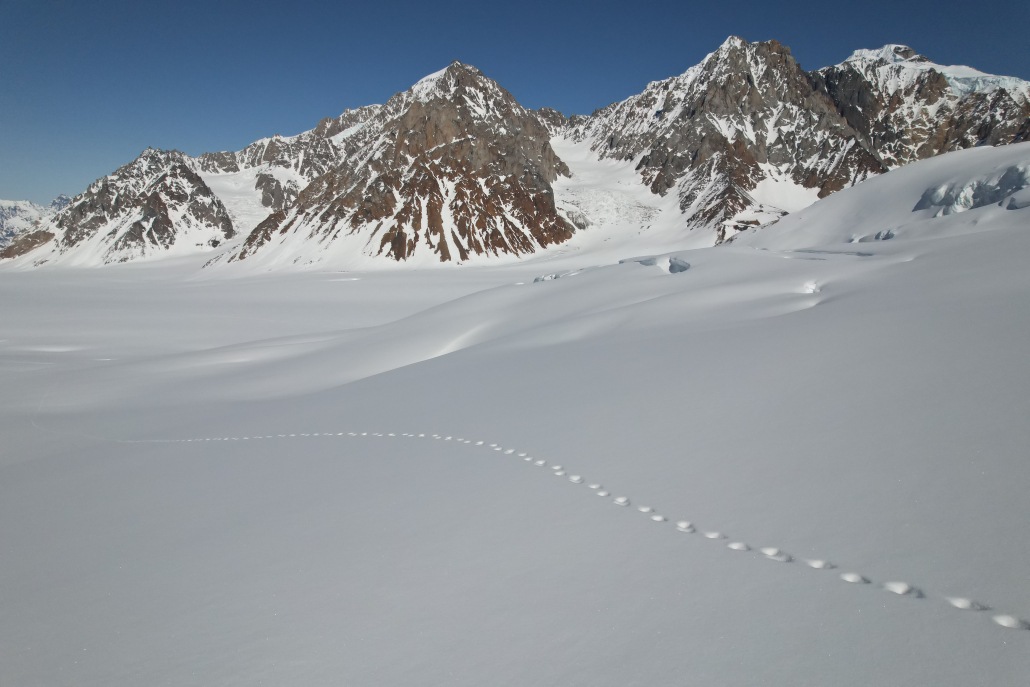 Ski Mountaineer and Exum Guide Kim Havell also pays attention to signs like scat and tracks when moving through the mountains. “It’s really neat to be able to read nature. It’s part of what we do with snow—why wouldn’t we do it with animals?” When it comes to minimizing interactions with wintering wildlife, she says, “it comes down to really simple stuff: stay on the main routes, and get up extra early if you want the pow.”

“If bears have to expend energy to relocate their den, or to rebuild, that’s energy they don’t have to survive the rest of the winter,” says Rissien. In the Sierra Nevada, black bears are at risk of increased den and cub abandonment because they rely on the same deep northeast aspects as skiers. Many vulnerable species, such as wolverine, give birth to young in the middle of winter recreation season. “It’s not just about protecting den sites,” adds Heinemeyer, “it’s about protecting the resources the female needs to be successful in raising her kits.”

As a Jackson local, Havell says that skiers aren’t the cause of the bighorn sheep’s decline, but they are part of the solution. “We’re the last entity to try to help. Yes, development pushed it, and people are pushing from all sides, but we are the last ones that can actually do something about it.”

We all know the saying, “with great privilege comes great responsibility.” So, as skiers and climbers, are we willing to change our objective if we run into a band of sheep? Will we honor closures and stay on established routes to avoid critical winter habitats? Will we keep dogs from running ahead on the skin track, and do our best to recreate quietly and responsibly? Chasing objectives without active stewardship lacks accountability.

By following biologists’ lead, the winter recreation community is uniquely poised to bolster conservation’s success on the ground. In fact, Heinemeyer attributes the success of her studies of wolverines’ avoidance of winter recreation to the willingness of recreationalists to participate in the research. “It was unique in that way, and powerful in the information we were able to collect,” she says. “Recreationalists love to know wolverines are out there and appreciate the animal even if they know very little about it.”

The South Columbia Mountains Wolverine Project, co-founded by biologist Doris Hausleitner, has also used citizen science to identify critical reproductive areas. Habitat modeling paired with hair-sample genetics led to the first den protections of their kind, with humans respecting drainage boundaries of known female wolverines. “It’s really exciting for us because there is a direct conservation impact,” Hausleitner explains. “The response from every user group has been overwhelmingly positive.”

A Mardy Murie quote hangs crookedly in my Alaska cabin: “Wilderness itself is the basis of all our civilization. I wonder if we have enough reverence for life to concede to wilderness the right to live on?” I am confronted by an uncomfortable question: how much must I limit myself in order to protect what I love? The winter recreation community, with its shared joy of movement and discovery, is essential in creating the social value needed to protect wildlife. Because we all have impact, we all have an invitation to take responsibility for our actions, to learn how to move consciously through sensitive habitat—or sometimes to avoid it entirely—and to become part of a collective solution.

“We are having an impact,” Havell reflects, “and if we don’t care… and we don’t start paying attention, we are going to lose what makes this special in the first place. Every little bit of this matters for the future of the planet.”

We all want access to public land. We want to pursue activities that enrich our lives. We want to share photos and stories from remote places. But as we struggle to find the balance between access and impact in a rapidly changing climate, I hope we can see ourselves as guests in these ecosystems, moving gently and consciously through (or around) sensitive habitats with the kind of reverence Mardy Murie asks of us, being part of the solution rather than just one more set of impacts. 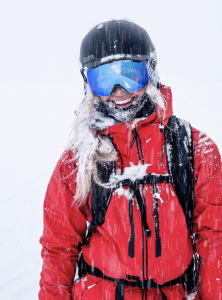 JANA ROGERS is a photographer and creative with a background in sustainable product and material design. Her creative work has supported wildlife conservation, awareness of public land use, and climate change issues internationally. Jana’s love of mountains and skiing was cultivated as a child, and her life continues to be shaped by snow and a deep devotion to wild places and wildlife.