After six years of meetings, field trips, 670 individual comments from individuals and organizations, dozens of maps, reams of documents, and more meetings, the Stanislaus National Forest completed its Over-Snow Vehicle Use Designation Project on July 13, 2021. The Stanislaus now has a winter travel plan. Publication of the Record of Decision on the Stanislaus website is a somewhat anticlimactic end to a long process, but we’re really excited to see the very first winter travel plan completed since the Over-Snow Vehicle (OSV) Rule was published in 2015!

** Note: On October 13, 2021, the Sierra Snowmobile Foundation, Blue Ribbon Coalition, the American Council of Snowmobile Assoc. and others filed a lawsuit against the United States Forest Service. Click here to see the complaint. Meanwhile the plan is still officially in effect, and we are working with forest service staff to ensure its effective implementation.

Importantly, under the new plan, OSV use on the Stanislaus National Forest is only allowed in areas or on trails that have been designated for OSV use. All other areas and trails are closed by default. This is a significant paradigm shift that ensures OSV use only occurs in places where the Forest Service has determined that such use is appropriate and will have a minimal impact on wildlife, forest resources, and other uses. Under the new plan there continue to be thousands of acres available for OSV use on the Stanislaus National Forest, including all of the areas and trails that currently receive high snowmobile use. As the Stanislaus plan demonstrates, winter travel planning does not automatically translate to the closure of popular snowmobiling routes and areas — unless closure is determined to be required in order to minimize impacts to resources or wildlife, or to minimize conflict with other winter recreation uses. In fact the majority of acreage closed under the new plan is below 5,000 feet in elevation, where there is not generally adequate snow for operating OSVs. Here’s a brief rundown of some of the details in the new plan:

Before the start of this coming winter the Stanislaus will publish an Over-Snow Vehicle Use Map (OSVUM). This map will show which areas and trails are designated for OSV use in the new plan and once the map is published OSV use will only be allowed on those parts of the Stanislaus that are shown as designated on the OSVUM. This makes it much easier for the Forest Service to enforce their new travel regulations. The Forest Service will also need to install new signs in some places to help people understand the new travel regulations, and follow through on monitoring commitments made in the new plan. In addition, the Forest Service will be able to provide better OSV use enforcement, including enforcing illegal OSV use outside the established designated OSV areas and trails. The OSVUM will contain specific information to educate all winter recreation users regarding rules and regulations governing winter recreation on the Forest. 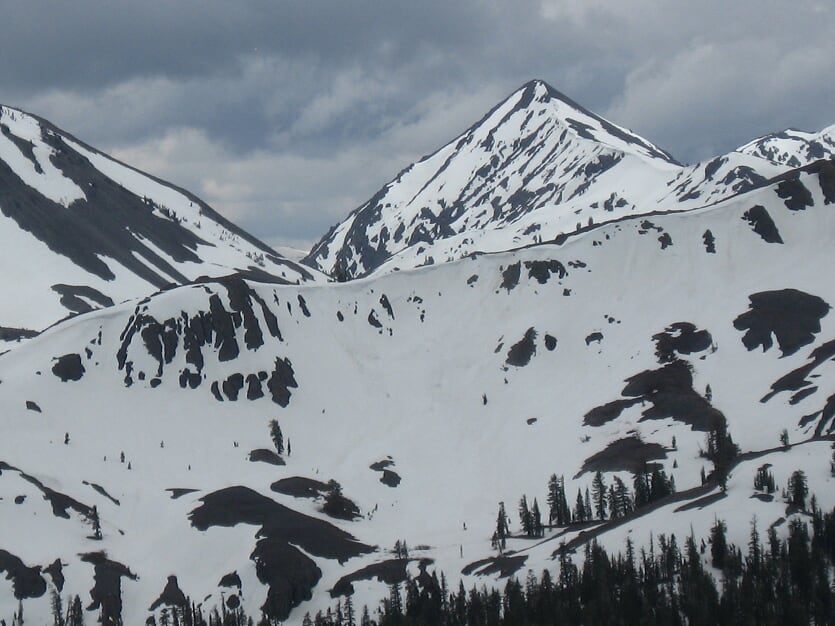 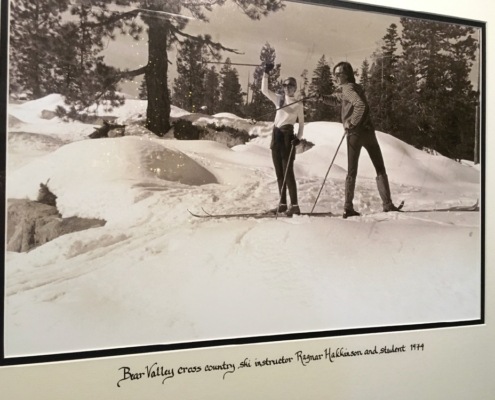 Cross-country skiing on the Stanislaus in 1934

SCOPING: Based on a public scoping process that ended in August 2015, the Stanislaus National Forest developed and analyzed winter travel management alternatives. During the scoping period Winter Wildlands Alliance and Snowlands Network submitted a “Skiers Alternative” that would enforce existing protections of wild lands and unique natural features, set aside accessible areas for non-motorized winter recreation, and allow snowmobiling across a large network of trails and play areas.  You can view a map of our scoping proposal HERE.

DEIS: The Draft Environmental Impact Statement (DEIS) for the Stanislaus National Forest‘s new winter travel plan was published on August 24, 2018. Alternative 5 was the forest’s “preferred alternative” — click here for a link to the high-res map (pdf) — and with some key exceptions (see below) we felt that it did a decent job of establishing a balanced baseline for winter management that accommodates appropriate existing snowmobile routes and play areas along Highways 4 and 108, and also provides some limited protections for important non-motorized recreation zones, wildlife, and natural resources.

HOWEVER: Several important nonmotorized areas were not protected in Alternative 5: