A 211-mile-long gravel highway proposed through the Brooks Range in Alaska will devastate the fragile arctic tundra’s landscape, biodiversity, and Native livelihood. We must stop the road—and the proposed mines it leads to—from getting built. 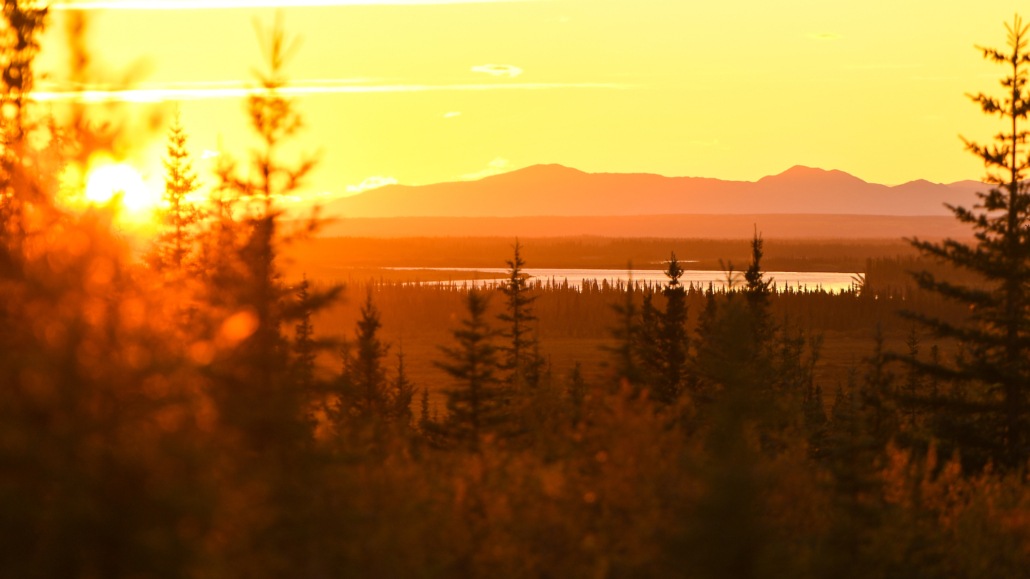 Winter Wildlands Alliance joined a coalition of nine groups on a lawsuit to challenge the Trump Administration’s recent decision to approve a 211-mile-long road that will serve private mining interests in Alaska’s Arctic. It’s called the Ambler Road. If constructed, the Ambler Road will disrupt and permanently harm the health of wildlife, waters, and people across a broad region in the southern Brooks Range.

As we’ve seen in so many other aspects of environmental regulation and policy, from the White House to the Alaskan tundra, forces in favor of development are leveraging the COVID-19 pandemic to accelerate their agendas and bypass environmental review. The Ambler Road is no exception. Winter Wildlands Alliance is taking action to stop the Ambler Road and defend our planet’s wildest winter landscapes for conservation, wildlife, and environmental justice.

“A road from the Dalton Highway to Ambler would industrialize the Brooks Range and threatens one of the wildest winter landscapes on earth, depriving future generations of this raw and wild place,” says Hilary Eisen, Winter Wildlands Alliance policy director. “We will do everything in our power to stop this road from fragmenting and polluting the lands and waters of the region, and to protect the health of the people, fish, and wildlife who rely on it.”

As the lawsuit moves forward to stop the road, the Army Corps of Engineers is proceeding with an Environmental Impact Statement (as required by the National Environmental Policy Act) to determine whether to permit a proposed mine at the end of the road. Something you can do right now: Stay informed about the Ambler Mining District so that when public comment opens, we can be ready to defend the Brooks Range from mining.

This spring, Alaska Public Radio reported backlash to the Ambler Road’s construction as “overwhelming critical public testimony” at a meeting in March called by the Alaska Industrial Development and Export Authority (AIDEA). AIDEA is a public corporation of the State of Alaska and it is fast-tracking the approval process of the Ambler Road, bypassing environmental review and dismissing public criticism including from people in Alaska Native villages. AIDEA’s board called an emergency meeting with three days’ notice, hardly enough time for the public to weigh in. At that meeting, in the shadow of the COVID-19 pandemic, AIDEA’s board approved $35 million of funding for the unauthorized road.

The Ambler Road would peel off from the Dalton Highway and cut across sensitive Arctic landscapes to the Ambler Mining District, where multiple open pit mines are proposed. The road will cut through the Gates of the Arctic National Park and is expected to cost more than a billion dollars—paid for by Alaskan tax dollars at a time when the state of Alaska is dealing with a deficit crisis. Despite being publicly funded, the Ambler Road will be gated and open to private use only by the mining district.

Even more than most roads, the Ambler Road will be exceptional in its destruction of natural environments and wildlife. It will impact air and water quality, as well as wildlife migration. According to Alaska Wildlife Alliance, the Ambler Road will intersect almost 3,000 streams and 11 rivers (many of which are salmon-bearing), and the migratory routes of three caribou herds, including the Western Arctic Caribou herd. Caribou are the primary source of food for residents of Alaskan Native villages in the Arctic and the road could significantly shift the Western Arctic herd away from the people who depend upon it. That makes this road not only a matter of environmental concern, but environmental justice.

“Keeping places wild takes a certain commitment,” says Brad Mieklejohn, an Alaskan resident and conservation activist. Mieklejohn has traveled on foot throughout the Brooks Range, often taking a packraft to combine rivers with overland routes. He says the Ambler Road would contribute to a “death by a thousand cuts” on Alaska’s landscapes. “Places don’t stay wild by themselves. It requires constant diligence. When we turn our backs, they stop being wild…At some point, as a society, we have to say there is a better way.”

Jayme Dittmar is a filmmaker, photographer, and storyteller who has spent a lot of time traveling through the arctic tundra on a dog sled. Describing the Brooks Range, Dittmar chooses her words carefully. It’s easy to mistake the arctic tundra as endless and rugged, but in reality, it is a fragile landscape that we have to actively fight for to protect.

“To describe it, I think the best word that comes to mind is silent, with sweeping vistas of wind-crusted snow that you can travel on with ease for miles, or else holds areas where you need to navigate by snowshoes and skis in front of your team breaking trail. There is hardship on the body, and liberation of the mind, which in itself keeps us more human,” Dittmar says. “The white people would call it pristine, because it’s vast, beautiful, and feels untouched. And the Native people would call it home because they are familiar with every corner and it gets messy sometimes, but it is there to be lived in and depended on for stability.”

In her time traversing the Arctic on a dog sled, Dittmar has had numerous conversations with village elders about the impact the road will have on their livelihood. “The people are not being listened to,” she says. To help amplify native voices, Dittmar is in the final steps of editing a film about the Ambler Road, called Paving Tundra.