Welcome to the Stash! This is a monthly email produced by Winter Wildlands Alliance, connecting the winter community with stories about environmental policy, grassroots advocacy, and human-powered recreation on public lands.

Leaning on the executive branch’s Council for Environmental Quality (CEQ)—rather than going through Congress—the Trump administration has proposed sweeping new changes to weaken the nation’s bedrock environmental law for the benefit of polluters and corporations. We need your help on this one!

Imagine if an oil company could drill gas wells through sensitive aquifers, or build pipelines across mountain bike trails and deer migration routes, without having to look at any relevant science, or without giving local communities or the general public a chance to weigh in. Imagine if a government agency could build a new highway across Arctic tundra or clear-cut a rare temperate rainforest on public lands without having to assess impacts to ecosystems or climate, or to submit to any kind of oversight, or to even tell the public what it’s up to. Well, that’s the way the Trump administration and its corporate backers would prefer to run things—and they’re banking on the idea that we won’t be able to stop them.

On January 10, the administration submitted a proposal to overhaul the way the National Environmental Policy Act is regulated and implemented. The proposed changes are many and profound. Among them, companies would be allowed to do their own environmental reviews instead of the government doing the review or contracting with a neutral third-party. Agencies would be encouraged to only do the minimal level of environmental review and to only look at the most direct consequences, which intentionally leaves out, for example, any discussion about a project’s carbon footprint and its impact on climate change.

The Trump administration has also proposed that government agencies can ignore public comments that are not “specific” enough or do not include enough reference to data sources and scientific methodologies. This discounts both traditional knowledge as well as values-based comments from people who may not be experts, but care deeply about a place or an issue.

These changes are not just an environmental issue. They impede our democracy.

“If this proposal moves forward, it will be a massive change in how the public engages in federal decision-making,” Director of Policy Hilary Eisen says. “What the Trump Administration is proposing would essentially eviscerate the National Environmental Policy Act as we know it. It’s much bigger than quiet recreation or even public lands.” 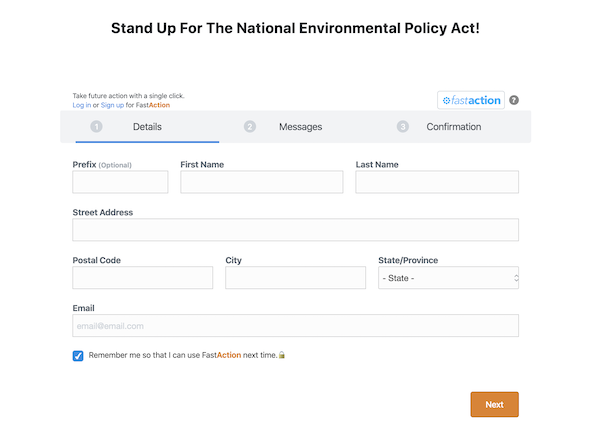 We need to rally and use our voices to defend the National Environmental Policy Act by sending letters to CEQ and Congress to oppose these proposed changes. We need to let Congress know this attack on our democracy and our voices cannot stand. We’ve created a form that will send your message directly to CEQ and your representatives in Congress. 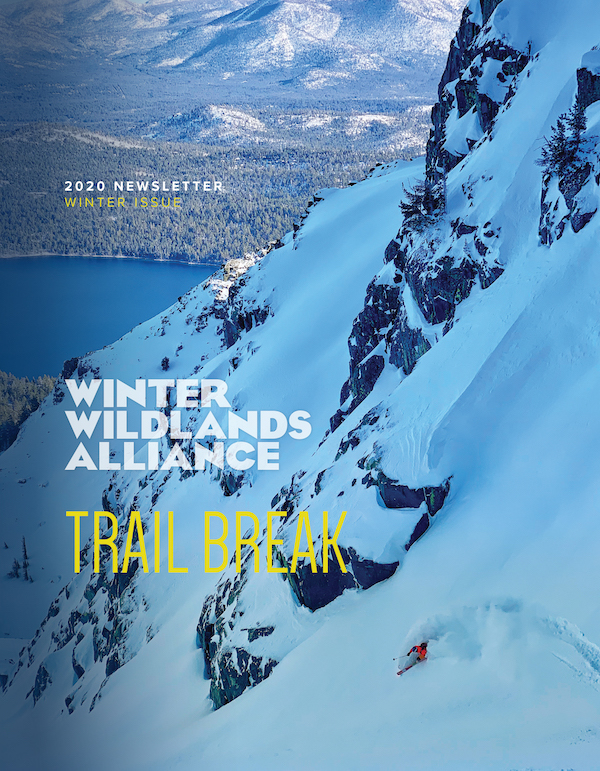 The Winter 2020 Issue of Trail Break Is Out

Trail Break is a print publication by Winter Wildlands Alliance. Inside, readers will find stories about the work we do and the people we do it with, as well as our annual report. The winter 2020 installment features stories about ambassador Luc Mehl’s 120-mile traverse along the arctic circle on ice skates, how Granite Backcountry Alliance is opening up new backcountry terrain in the Northeast, and a collaborative that’s formed to protect bighorn sheep in the Tetons, with many more stories about winter recreation and conservation.

Advocating for Wilderness in the Chugach

Earlier this month, Director of Policy Hilary Eisen traveled to Anchorage, Alaska, to participate in the Chugach Forest Plan revision objection meeting. We are working with the Alaska Quiet Rights Coalition and Alaska Wilderness League to advocate for the new plan to more fully protect wilderness-quality lands in the Prince William Sound. At the meeting, we asked the Forest Service to recommend the majority of Chugach National Forest lands in the western Prince William Sound for wilderness in order to protect wildlife habitat, fisheries, and subsistence livelihoods.

Some of these lands in the Prince William Sound were purchased by the federal government from the Chenega Tribal Corporation after the 1989 Exxon Valdez oil spill under an agreement to maintain them “for conservation and wilderness purposes” in perpetuity. Now the Forest Service is proposing management that would backpedal on existing protections. Notably, the tribe has the right to buy back the land if the federal government doesn’t hold up its end of the purchase agreement, and a tribal representative at the objection meeting made it clear that the tribe is prepared to do so.

From Alaska, author Marybeth Holleman questions what we mean when we talk about wilderness. She writes: “As we continue to transform the entire planet so completely that we now, with great hubris and unfortunate accuracy, refer to this geological epoch as the Anthropocene, we need to work even harder to protect, preserve, and restore the remaining portions of the planet that have not yet succumbed, that may be frayed at the edges and melting in the core but are still, though incompletely and imperfectly so, the closest thing to self-willed wilderness that we have left.

An expert on the National Environmental Policy Act who ran the Council for Environmental Quality under the Obama administration gives us 5 Ways Trump’s Latest Anti-Environment Proposal Would Allow Fossil Fuel Companies to Bulldoze Communities.

The New York Times’ list of environmental rollbacks under the Trump administration continues to grow.