The Timeless Connection Between the Snowpack and Our Watersheds 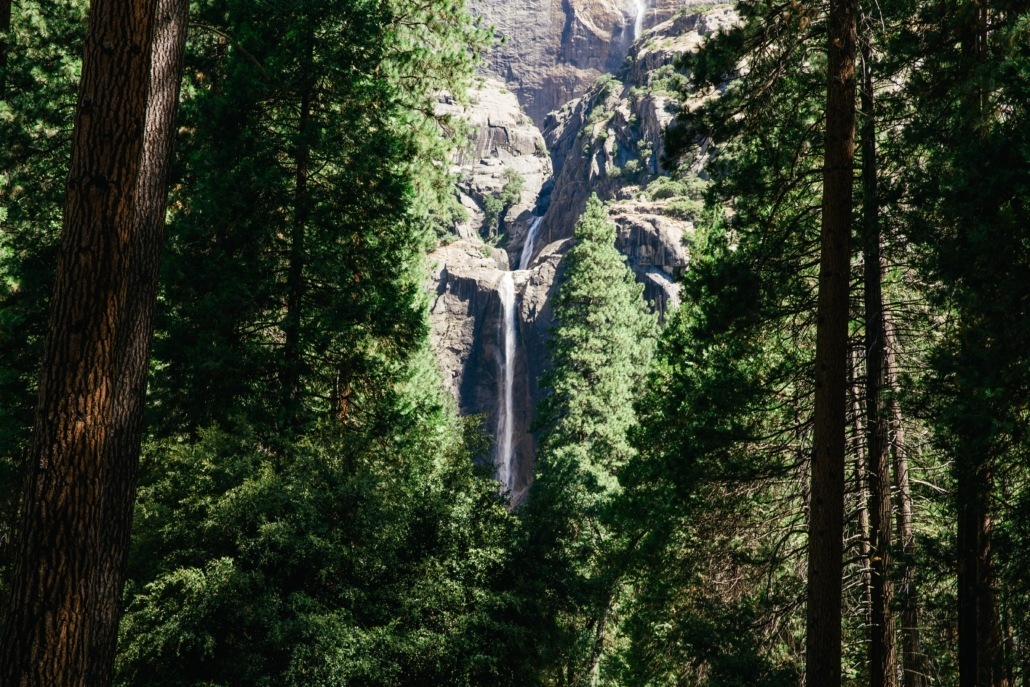 Winter Wildlands Executive Director Todd Walton often says our work is year-round. Yes, we are a nonprofit with winter in our name. Our mission statement is squarely focused on the preservation and protection of “winter wildlands.” But the point is, winter’s impact extends well beyond the cold months between December and April. We look to spring’s melt, when the snowpack transforms and water is carried downstream to rivers, lakes, reservoirs, and oceans, and into the earth and up into the atmosphere. Skiers become paddlers, climbers, bikers in the off-season—and we work side-by-side with recreation partners in all of those fields to achieve conservation goals, from Outdoor Alliance to American Whitewater, IMBA, American Alpine Club, Access Fund, Surfrider, and more.  Just like seasons, the snowpack is part of a cyclical process. The work we do to protect and preserve winter wildlands is connected not just to the high-alpine landscapes covered in snow. It extends to the watershed, to our drinking water.

The connection between winter’s snowpack and the watershed is central to the curriculum at SnowSchool. It’s the story we share with hundreds of students every year to inspire a lifelong interest in winter. This story is timeless, and we’ve been telling it long enough for SnowSchool alumni to grow up and become volunteer educators, passing their own knowledge and passion for winter to the next generation. This spring, when COVID-19 shut down schools and sent students home, we transformed SnowSchool into a homeschool curriculum, opening the program to anyone who was interested in learning a little bit more about the snowpack in their backyard. At the end of the curriculum, students participated in the Snowpack Prediction Contest.

“This is something we came up with—a Winter Wildlands Alliance classic,” said Kerry McClay, director of SnowSchool.

The Snowpack Prediction Contest originated as a tool to extend the window of learning beyond a field trip. The contest gives kids an opportunity to apply the knowledge they’ve recently gained about snow science and hydrology to a real-world setting. The challenge: Make a prediction about what you think will be the greatest snowpack depth measurement at your local SNOTEL station.

SNOTEL stands for Snow Telemetry. There are more than 800 SNOTEL sites across the Western United States, hosted by the Natural Resources Conservation Service, and each site collects data about the snopack that feeds into the Water and Climate Information System used for water forecasting. The SNOTEL sites have been called the “unsung heroes” for weather nerds in skiing and snowboarding. They dispatch real-time information about how much snow has fallen, how dense the snow is, what the temperature is. This information isn’t just useful to those of us looking for beta on snow conditions. It’s imperative data that helps forecasters decide how to move water through the West and helps the agriculture industry plan for the season ahead. At SnowSchool, McClay introduces this system to elementary school students.

“Right away, you can see a pattern emerging here,” McClay says, describing the map of data collected by the SNOTEL sites in a video sent to SnowSchool students. “Places in the northern areas got more snow in general relative to what they typically get and places in the south tend to get less snow.” 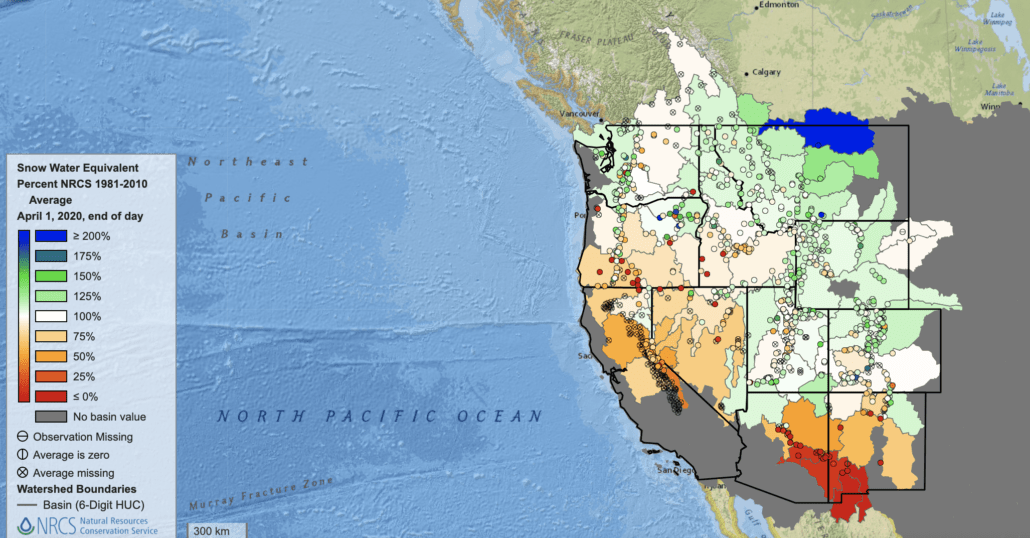 McClay compares the maps to previous years, always on April 1st, the date snowpack hydrologists use to compare year-over-year snowpack data. “It’s important to compare things over time,” he says. True enough, in 2019, the trend flipped. The north was dry while the south was well above average.

“Eighty percent of our annual water supply first falls as mountain snow,” McClay says. “It melts and it fills our rivers. If there’s no snow, there’s not much water flowing into our rivers. This is a big concern for agriculture as well as human uses like drinking water and in general, just the amount of water that is in our rivers for wildlife, recreation, and a whole bunch of other reasons.”

Kids from across the West sent in their prediction for snowpack depth, from the Sierra Nevada to Washington to Colorado. The student whose prediction was closest is Gabriella Rodriguez from Colorado. She made a prediction that was just six inches from the maximum snowpack depth at the closest SNOTEL site to her home, which was 42 inches.

In the pre COVID world, winners received a pizza party. This year, for making the closest prediction, Gabriella won a pair of MSR snowshoes.

You can learn a lot about snow science and hydrology just by visiting the SNOTEL map and digging around your own mountains, comparing snowpack measurements from past years, and bringing that understanding and knowledge to the outdoors, whether you’re skinning up a mountain in February or paddling down a river in July.