Check out this beautiful film by one of our grassroots groups, Friends of Plumas Wilderness. “Visions of the Lost Sierra” is about the Wild & Scenic Middle Fork Feather River. The Middle Fork was one of the first eight rivers in the country protected by Congress through the National Wild & Scenic Rivers Act in 1968.

Without the National Wild & Scenic Rivers Act, the Middle Fork would’ve been dammed long ago—but the Act only protects a half-mile wide corridor along the river. That means adjacent wild lands and rivers in the Lost Sierra remain threatened by illegal roads, dumping, marijuana grows, and dredging, all of which could pollute the primary water source for 27 million Californians. Also, there’s an increased pressure to build more dams in California, jeopardizing our region’s untamed, free-flowing rivers.

The documentary is an interesting look at the original work done by local wild river advocates in the 60s and addresses why we need to continue to push for more protections.

It’s a short film but if you don’t have 14 minutes to watch it, please take a minute to fill out the petition to expand wilderness designations in our region to permanently protect our public lands and free-flowing rivers.

For more about the Plumas National Forest, read up on the latest developments with Winter Travel Planning. 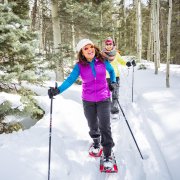 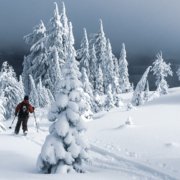 Snowmobiling Every Other Day in Lake Tahoe?
Scroll to top