WE ARE WORKING WITH NASA

A partnership between SnowSchool and NASA will empower students with citizen science and help them learn about their water resources.

Fifty to 80 percent of the water that we use in the West comes from the seasonal snowpack. One out of six people in the world rely on the snowpack and glaciers for their water resources. Snow is fundamental to winter recreation, which generates $20.3 billion in the U.S. economy. The snowpack also reflects up to 80 percent of the sun’s energy, which is a vital process to regulate global temperatures.

So you can begin to understand the reasons why scientists and hydrologists need to measure the snowpack and how much water it holds.

SnowSchool has long been a bridge for students to connect snow science and winter recreation. This year, thanks to a partnership with the National Aeronautics and Space Administration’s (NASA) SnowEx program, we’re excited to add a citizen science element that will give our students a role in helping scientists do the important work of measuring and monitoring the snowpack.

SnowEx was established to develop remote sensing technologies that will measure and analyze the snowpack.

“We have two things about snow that are typically big unknowns that we’re really trying to improve information on,” says Hans Peter Marshall, a snow scientist at Boise State University and the Program Lead at NASA SnowEx. Marshall is also a Winter Wildlands Ambassador and has long been an influential leader to help SnowSchool develop its curriculums.

The first unknown that SnowEx is trying to answer is called the snow-water equivalent, or how much water is frozen in the snow. “Right now, knowing how much SWE is in the mountains is the biggest source of uncertainty in the hydrologic models that predict how much water we have,” says Marshall. The other big focus of SnowEx is to improve scientist’s understanding about surface-energy balance, which is about the timing of snowmelt and how fast water will flow downstream. 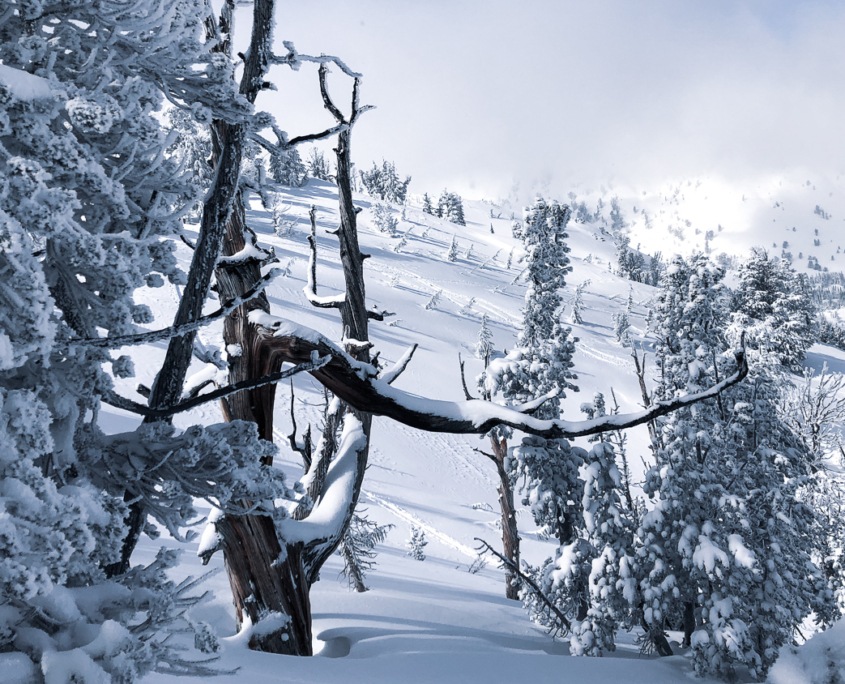 How much water does the snowpack hold? Photo Credit: Julie Brown

The goal, ultimately, is to launch a satellite that will measure the amount of snow on our planet at any given time. To get there, SnowEx has a few different puzzle pieces to work with. This winter, NASA will be flying aircrafts in Colorado, California, and Idaho to test out different types of technical instruments. One can take three-dimensional photographs of the topography, which can be applied with a before-and-after method to see measure snow depth. Another instrument uses LIDAR, or Light Detection and Ranging, which uses a laser to scan the surface of the earth. As scientists conduct tests with instruments like those, NASA needs people on the ground—citizen scientists—to collect real data from the snowpack that can be used to verify the SnowEx results. Those citizen scientists are SnowSchool students.

There are several SnowSchool sites located in the flight paths for SnowEx this winter. As the planes fly overhead, our students will be on snowshoes, taking samples of snow to measure SWE and uploading their information to a database hosted by Snow Observations.

SnowSchool began in 2001 as a way to encourage outdoor winter recreation in young people. We quickly realized the power of winter as an outdoor classroom and learning environment, and SnowSchool quickly grew into a curriculum that bridges snow science with recreation. And now, thanks to our partnership with NASA, SnowSchool gives students the opportunity to play a role in science.

We need your help to empower more kids with citizen science. A membership to Winter Wildlands Alliance costs $35. Your money goes directly to supporting programs like SnowSchool, which introduces winter to 35,000 kids every single year. If we want to keep winter wild, we have to empower the next generation.