You don’t need chairlifts to have a strong ski community and heritage. The skiers who take to the hills in the Plumas National Forest know this as well as anyone.

Skiing has a long history in the Plumas National Forest. Winters in the mid 1800s, during California’s gold rush, saw miners speeding down treed slopes on handcrafted, wooden longboards. A century later, the Plumas Ski Club ran a rope tow on a hill where generations of families learned to carve turns on the winter snowpack. Like a lot of mom-and-pop ski areas, the Plumas-Eureka Ski Bowl was a community hub. Volunteers would log hours in exchange for free ski time, and kids were raised on the slopes.

The Ski Bowl shuttered its operations in 2002, but the skiing spirit continues. Every third Sunday in January, February, and March, dope—secret concoctions for ski wax—reigns at the Historic Longboard Revival Race Series. Most other days, backcountry skiers will find that the woods and mountains of the Plumas lives up to its moniker, the Lost Sierra.

“You can truly get lost and get away,” says Darrel Jury, president of the Friends of Plumas Wilderness. “We don’t have the big dramatic peaks, but you can find your little oasis and have it all to yourself. That’s what’s different about here.”

Alongside its ski history, the Plumas also has a longtime boom-and-bust relationship with resource extraction, starting with gold and then timber. In that context, the Friends of Plumas Wilderness is a small, hardworking group devoted to conserving sanctuaries for human-powered recreation in the forest, in both summer and winter. As a grassroots partner, we aim to join their cause and amplify their vision to protect places so quiet they will always feel worthy of the Lost Sierra.

Last month, the U.S. Forest Service published their draft Record of Decision and Final Environmental Impact Statement for Over-Snow Vehicle use in the Plumas National Forest. To carry on the long legacy of human-powered and community-centric skiing, the plan in the Plumas OSV plan is a good one, in large part because prior to this process the Plumas had so few protections for non-motorized areas in the winter so there was lots of room for improvement.

The 1.1 million-acre Plumas National Forest has only one Wilderness area: Bucks Lake, which conserves almost 24,000 acres from the lower elevations along the Feather River to 7,017-foot Spanish Peak. The Plumas-Eureka State Park and the Pacific Crest Trail are also motor-free zones. As Jury will tell you, the forest is largely accessed by snowmobiles. But if you know where to go, there are a few remaining places where backcountry skiers can still cut a skin track through undisturbed snow.

Following the lead of the Friends of Plumas Wilderness, we believe the new OSV plan strikes a balance between motorized and human-powered access. It enhances opportunities for backcountry skiing in the places that matter: adjacent to Bucks Lake Wilderness and Plumas-Eureka State Park, on Thompson Peak near Susanville, and along the Triple Crown ski route and the Lost Sierra Traverse. The latter is a multi-day trek along the northern Sierra crest that connects two historic mining towns.

The plan also sets a 12-inch minimum snow depth for snowmobiles, which minimizes the impact motors have on soils, endangered frogs, plants and other cultural and natural resources. It also keeps snowmobile use concentrated in high-elevation areas, which is an important step toward protecting the places below the snowline, where snowfall is rare and infrequent.

For several years, we have been working alongside the Friends of Plumas Wilderness as advocates for human-powered recreation with Plumas Forest Supervisor Chris Carlton and his staff. We submitted scoping comments in November 2015 and last January, we also submitted comments on the draft EIS. Because the plan strikes a balance between motorized and human-powered access, we are overall impressed with the work the Plumas National Forest has done to protect wild places and snow sanctuaries and manage the forest for everyone in the backcountry snowsports community.

However, the process is not over yet and there are still places on the Plumas that we have advocated for and still hope will become backcountry ski sanctuaries. To reduce places of conflict between snowmobile and human-powered recreation and to protect high-value roadless areas in the Plumas, we have several objections to the Plumas OSV plan’s latest documents that we are filing with the U.S. Forest Service. The deadline to submit any objection to the Forest Service’s OSV plan in the Plumas is October 4th. You can read more about our comments and objections here. 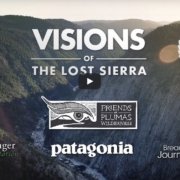 Watch: Visions of the Lost Sierra 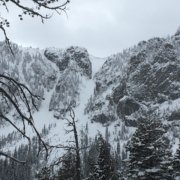 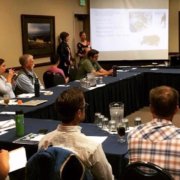 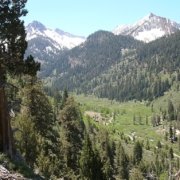 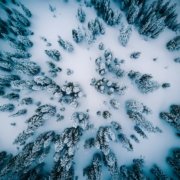 Policy Update: Headway on Forest Planning in California and Alaska 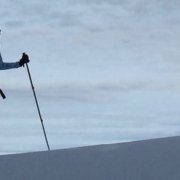 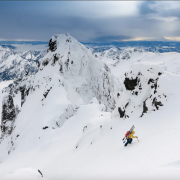