Watching the Amazon go up in flames is devastating. It’s hard to even describe our grief because the loss is so profound. The National Institute for Space Research used satellite imagery to detect a 77 percent increase in wildfires compared to last year. To make the gut-punch even worse, these fires were intentional. They were set by people attempting to clear the land, to rid the earth of one of its most vital and important resources.

We, and the rest of the world, are outraged. But we still feel helpless. Besides eating less Brazilian beef and donating to environmental NGOs that protect the Amazon, there’s really not much we can do.

But there is something we can do to save the world’s largest temperate rain forest: Alaska’s 17-million-acre Tongass National Forest, which is also facing imminent threats of destruction.

The Tongass is one of the world’s largest carbon sinks. Because it’s a cold, wet forest, it is especially good at capturing and dissolving carbon. A soil scientist with the U.S. Forest Service estimates the Tongass stores 10 to 12 percent of the total carbon captured by America’s national forests.

And yet, the state of Alaska is seeking exemption from the federal Roadless Rule, which would open up vast swaths of the Tongass to intensive logging. Not only would logging spell the end for the old growth forests, it would be a climate disaster. An exemption from the Roadless Rule would also fragment wildlife, endanger salmon streams, and make the Tongass more vulnerable to invasive species.

A bill is currently in Congress that would make the Roadless Rule law, permanently protecting the Tongass and millions of acres of roadless national forest in our country.

The Tongass is home to a wealth of wildlife: whales and bald eagles, otters, beavers, wolves, bears. There are five species of salmon in Tongass rivers. Alaskan First Nations, including the Tlingit, Haida, and Tsimshian, have continuously lived in the Tongass for thousands of years.

Our representatives can’t do much to protect the Amazon. But they can take action to protect the Tongass. Contact your Congressperson and ask them to co-sponsor the Roadless Area Conservation Act. 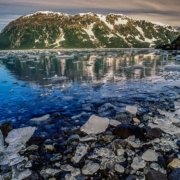 We Asked the Forest Service to Protect the Tongass 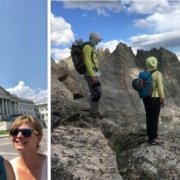 Action Alert: Speak Up for the Tongass and the Roadless Rule 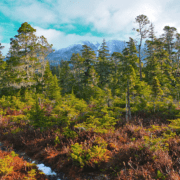