It’s the paradox of winter. Snow-covered mountains promise an escape from the modern world—until the entire modern world seemingly attempts an escape at the exact same time as you. Traffic congestion and crowded parking lots have always been a part of the skiing experience. But if you think last winter had more traffic and more parking issues than ever before, you’re not alone.

“The parking and traffic has always been bad. But last year was really bad—like really bad,” says Chris Adams, president of the board of Wasatch Backcountry Alliance.

If there’s one thing that every backcountry skier needs to be clear about as they head into winter, it’s the parking situation at their local trailhead. 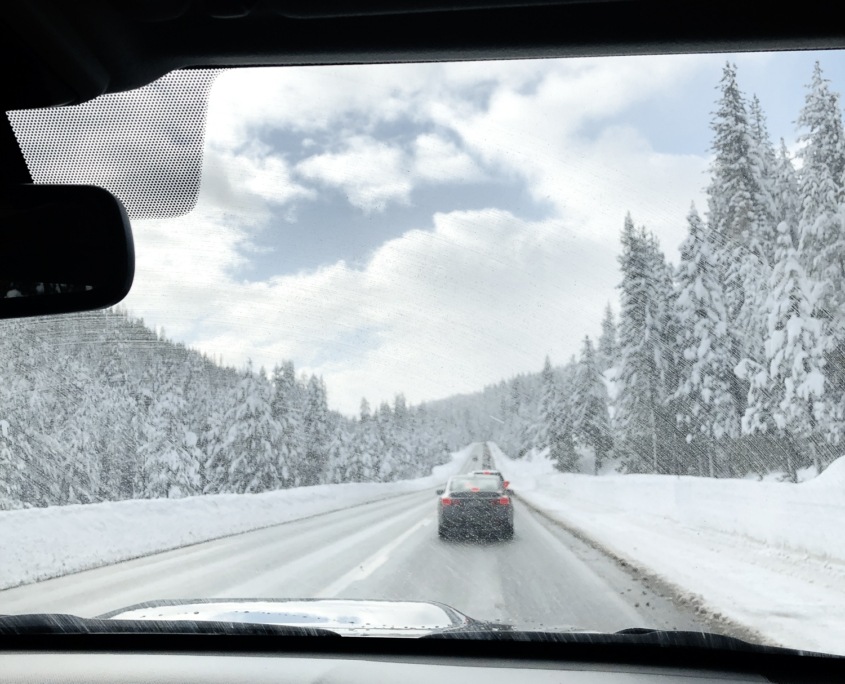 How Bad Is It Really?

Utah is a special place, where 1.2 million people live in the Salt Lake City metro area at the foot of the Cottonwood Canyons. Last winter, it snowed a lot. Which means that everyone who had a season pass intended to use it, especially on powder days during the weekends. The Ikon Pass brought more people to the area. Then, factor in avalanche control, which shuts down those icy roads for a block of time. And traffic piles up. Adams says the worst days had two to three hours of traffic just to go up the canyon, with another two to three hours of traffic to get back out.

“There’s just nowhere to go,” Adams says. “On the way up and on the way down, it can just be forever.”

Traffic and parking have become the number one topic of conversation at the Wasatch Backcountry Alliance. A similar fever pitch is happening all over the West. Exhibit A: Interstate 70 in Colorado. In Wyoming, a survey conducted by the Teton Backcountry Alliance identified parking on Teton Pass as a “serious concern.” In Tahoe, ski traffic on one particularly nightmarish weekend last January was so clogged up, way beyond capacity, with a huge storm rolling in, that California Highway Patrol begged people on Facebook to “please stop coming up here.”

While the vast majority of this traffic is headed to the ski resorts, those of us going to the backcountry aren’t immune. As Adams points out, a lot of the best backcountry skiing is at the top of the Cottonwood Canyons—beyond the ski resorts. Once you get to the trailhead, best of luck finding a spot to park. Adams sees a lot of people heading out early to beat traffic for dawn patrol. But that can be problematic if snow safety professionals, especially in Utah, are trying to blast for avalanches at early hours in the morning. All this added together is why traffic and parking have become lightning-rod issues that are motivating many backcountry skiers to action. Attend a grassroots meeting for a local backcountry alliance anywhere and chances are you’ll hear the board talking about plowing at trailheads, carpooling, or the latest updates from the state department of transportation. The same goes for us, on the national level. When we talk to land managers about winter travel planning, parking and access are absolutely a huge part of the conversation.

We’ve Got a Problem. So What’s the Solution?

There’s nothing like traffic and a lack of parking to get skiers fired up and organized. The good news is that progress is being made, thanks to on-the-ground efforts from our grassroots partners across the country.

The genesis of the Tahoe Backcountry Alliance can be pin-pointed to the moment when policy makers attempted to shut down parking to a very popular backcountry zone on Tahoe’s West Shore. By organizing local backcountry skiers, the Alliance was able to communicate to land managers the importance of keeping those parking areas open and plowed. And they’ve kept plugging away at the issue. Starting this winter, Tahoe Backcountry Alliance is launching a micro transit pilot program over three of the busiest Saturdays in the winter, offering a free shuttle from the transit center in Tahoe City to one of the most popular backcountry ski destinations in the Basin.

The informal San Francisco Backcountry Skiers Facebook group has exploded in the last couple of years. “It was literally started as a way to get Bob Shattuck a ride to the mountains,” says Andy Rathbun, a professional geologist who organizes the group’s monthly happy hour gathering in the Castro district. “And now we have 2500 people.”

In Wyoming, local skiers responded to the Teton Backcountry Alliance survey with a lot of opinions and ideas. Some suggested that parking on Teton Pass should be closed altogether—so you really have to earn your turns. More cited ideas included a permit system and a free shuttle. This conversation is just getting started, though, and we’re working closely with the Teton Backcountry Alliance to support them along the way. (Come join us for the Teton Sheep and Skier Social on November 15th!)

But one of the biggest ski traffic experiments of all is in Utah. Starting this season, Solitude Ski Area is charging for parking, impacting backcountry access in Big Cottonwood Canyon. UDOT is increasing bus frequency, with improvements to routes and more stops. And even though Alta Ski Resort doesn’t want you to park in their spots in their special-use permit at the top of Little Cottonwood Canyon, the Forest Service confirmed that backcountry skiers (and anyone else) can park in those spots. Thankfully, Wasatch Backcountry Alliance has a close eye on the parking situation, and they’re talking to ski resorts, land managers, UDOT, the Utah Avalanche Center, and many more stakeholders, to make sure the backcountry skiing community is represented in these decisions.

These aren’t be-all solutions. But they’re a start. If you’ve got an idea, or want to make some good things happen, please get involved. Chances are there’s a grassroots group near you, and they’re working on the issues most important to your local ski community. Here’s one more piece of advice for the road: Take the bus.