Winter in the Boundary Waters is Silence, Amplified 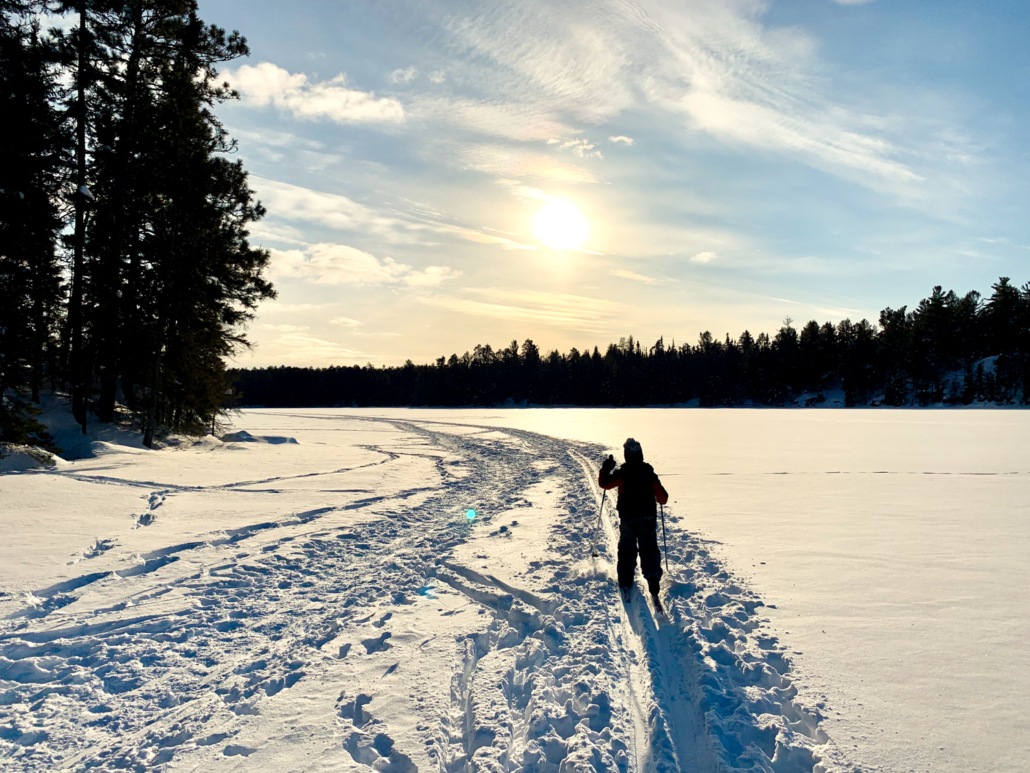 Most people visit the Boundary Waters wilderness area in northeastern Minnesota in the summertime, with a canoe and maybe a fishing rod. But winter is Alex Falconer’s favorite season there.

“The silence you get in the Boundary Waters is just amplified in the winter,” says Falconer, the director of government relations for the Campaign to Save the Boundary Waters, a group Winter Wildlands Alliance supports and works closely with.”

Winter Wildlands Alliance ambassador and Polar Explorer, John Huston agrees. “Clean water, quite vastness, crisp fresh air, deep boreal forest, and true wilderness make up the heart and soul of the Boundary Waters. Winter amplifies these qualities. Spend one night sleeping on a frozen lake under a bazillion stars – or ski for a few hours through long shadow light – or dogsled through the woods and across a lake – these experiences will stick with a person for a lifetime and draw them back again and again.”

Boundary Waters Canoe Area Wilderness is 1.1 million acres of lakes and boreal forest that stretches between the U.S.-Canada border and Lake Superior. It is home to many wildlife, including threatened and endangered species like the Canada lynx, northern long-eared bat, moose, and the gray wolf. In the winter, Minnesota’s frigid temperatures turn lakes and streams into snow-covered pastures. Falconer describes seeing wolf prints in the snow heading across the lakes. The legislation which established the Boundary Waters doesn’t allow commercial jets to fly under 4,000 feet over the Wilderness area, so not even an airplane can interrupt the silence in winter.

“There are no leaves rustling. There are no mosquitoes constantly buzzing. Relatively fewer birds. It’s down to the wind and wolf calling and a couple of the year-long birds there, and that’s it,” said Falconer. “The silence is unbelievable.”

That silence—and this pristine, unspoiled environment—is under siege.

Take Action to Save the Boundary Waters 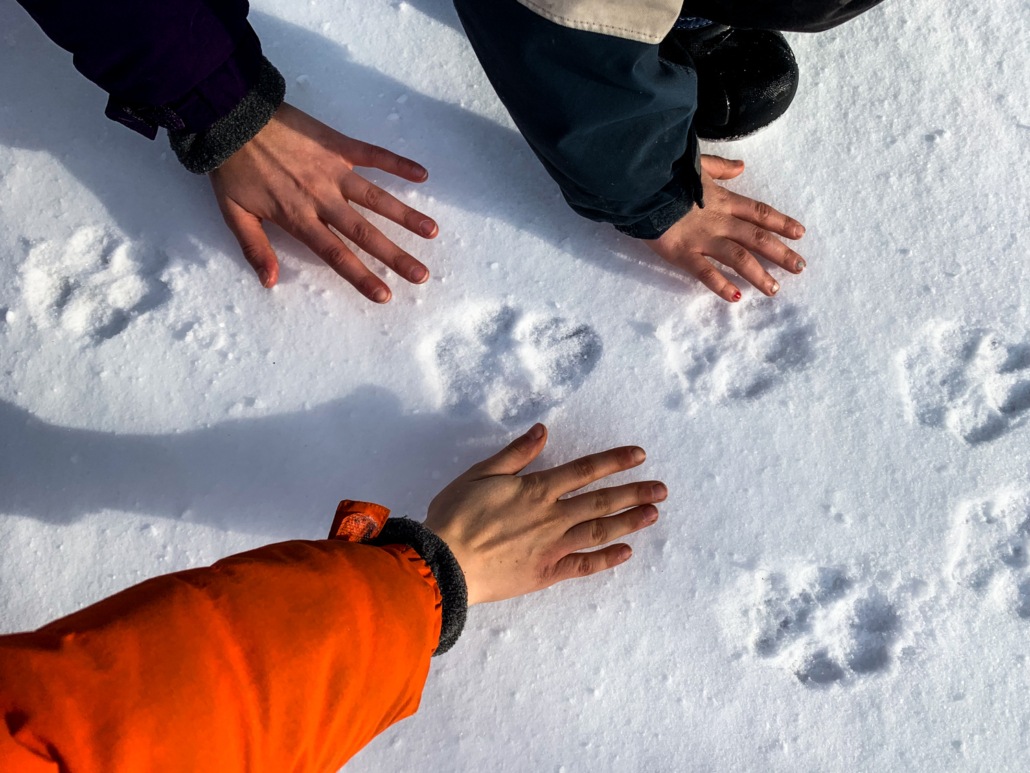 A sulfide-ore copper mine poses an imminent threat to the Boundary Waters. It would be built on the shore of Birch Lake, which is at the headwaters of the watershed. Because the sulfates in the rock react readily with air and water, this type of mining is especially toxic and vulnerable to pollution. “Once that reaction happens, you can’t control it,” Falconer says.

Because the Boundary Waters are a series of interconnected lakes, streams, and wetlands downstream from the mine, scientists say pollution would be widespread and uncontrollable. Not only would runoff from the mine poison these waters, but the mine would bring noise, dust, and light pollution to one of the nation’s most quiet and protected places. Superior Highland Backcountry, a grassroots group of backcountry skiers in northeastern Minnesota, says the mine would completely eliminate any sense of wildness for far distances.

“We’re opposed to a mine in the Boundary Waters for many reasons, one of which is that it will shatter the silence in one of the quietest places in the lower 48 and horribly pollute an entire watershed that’s protected as Wilderness,” says Hilary Eisen, Winter Wildlands policy director.

What’s more, the mining proposal shouldn’t have even happened. Federal agencies denied the renewal of mineral leases in 2016 because a sulfide-ore copper mine posed “unacceptable” risk and “irreparable harm” to the Boundary Waters. But as soon as the Trump administration stepped into power, the leases were restored and a federal environmental review that could have restricted mining was canceled.

And here we are: Just before Christmas, Antofagasta’s Twin Metals is getting scarily close to building a toxic mine at the headwaters of a vast and beautiful wilderness.

“In this overall assault on America’s public lands, we have a very rich history of trying to set aside lands for multiple use, and mining is single use. You can’t fish in a mining pit. You can’t camp or go hiking alongside a mine,” Falconer says. “If it’s the Boundary Waters, or the Arctic or Tongass, or Sage grouse habitat, Bears Ears, Grand Escalante—it’s an all-out assault on our heritage.”

John Huston, who lived on Birch Lake for six years, sums up what’s at risk. “The magic of the Boundary Waters wilderness has sustained the local economy through outdoor recreation for decades. And a healthy Boundary Waters will do the same for future generations. The sulfide-ore copper mine on Birch Lake will pollute and poison the core of the most visited wilderness area in the U.S.”

But let’s end on a note of action. This battle is one Chilean mining company versus hundreds of thousands of Americans. People from every state in the country have signed the petition to save the Boundary Waters. You can, too. 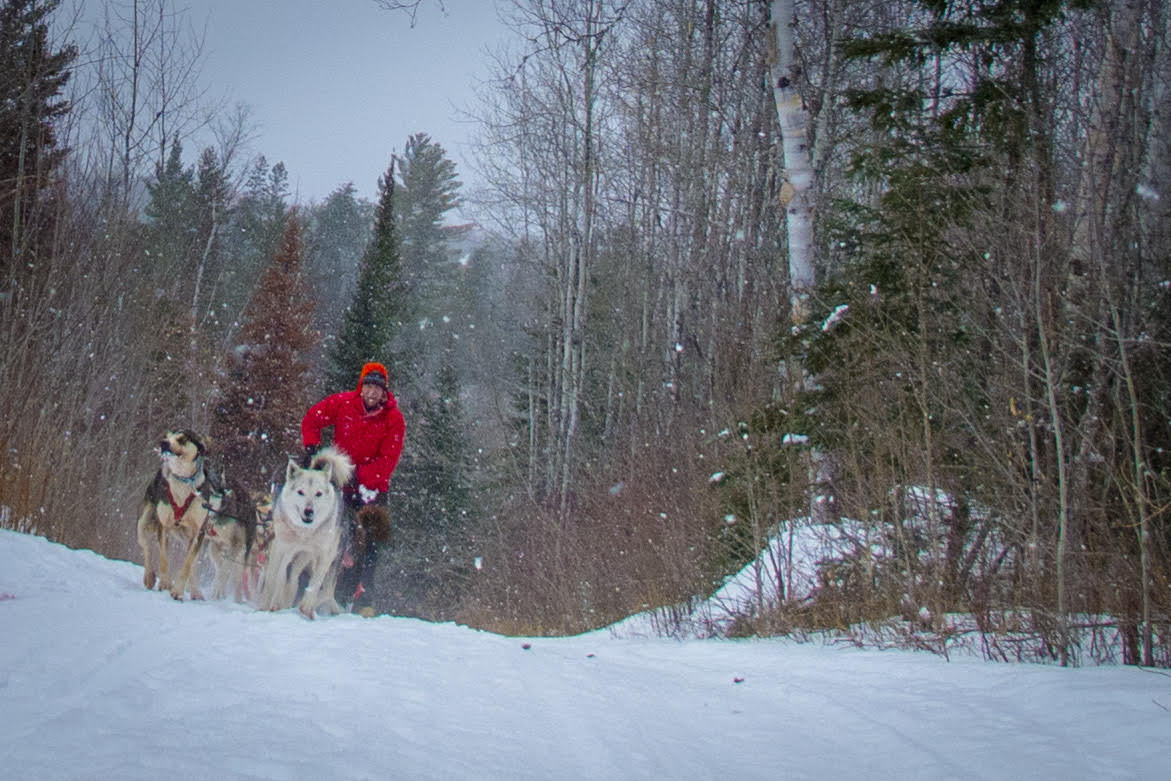